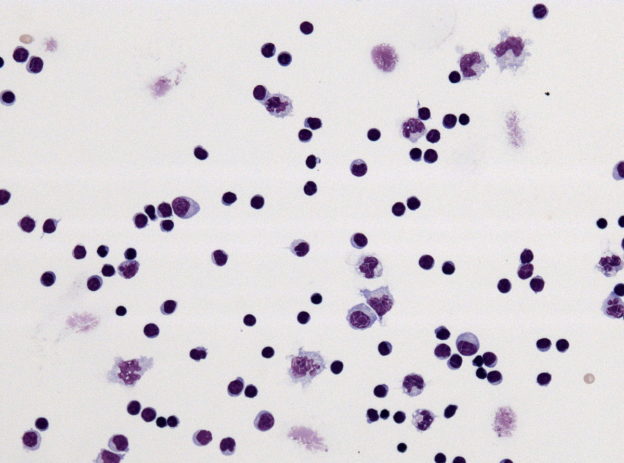 Viral encephalitis is an uncommon occurrence with an estimated annual incidence of 3.5–7.4 per 100,000. According to the Centers for Disease and Control estimates, 20,000 new cases of viral encephalitis are expected every year.

Different viruses have been implicated in the pathology of viral encephalitis. The viruses enter into the bloodstream and migrate to the brain where they multiply and, in response to the invasion, the actions of the immune system lead to cerebral edema; at this point, symptoms occur. Herpes simplex virus and rabies virus encephalitis are the most common. They usually attack the temporal lobes. Herpes simplex virus encephalitis has an annual incidence of 4 cases per 1 million.

Varicella-Zoster virus, another member of the herpes virus family, is characterized by encephalitis accompanied by a skin rash. Children might develop cerebellar ataxia due to cerebellitis as a complication of chickenpox.

Influenza virus has also been associated with rare forms of reversible frontal lobe encephalitis in children in addition to Guillain-Barre syndrome. Enteroviruses are responsible for a minority of cases and usually present with hand, foot, and mouth disease.

Mumps and measles viruses can also cause encephalitis. Patients with measles encephalitis usually have characteristic EEG changes, and mortality is reported to be about 10%.

Rubella, adenovirus, cytomegalovirus, Epstein-Barr virus, as well as Murray Valley encephalitis virus, HIV-1, and the JC virus have also been identified as cellular receptors of viruses that lead to encephalitis.

In order for the different etiological viruses to cause encephalitis, they need to interact with specific receptors on cell membranes. Herpes simplex viruses usually interact with receptors known as Hve A, B, C and TNF receptor superfamily 14. Measles interacts with the CD46 receptor, while rabies virus interacts with AchR and NCAM receptors.

In order for the viruses to make contact with the neuronal cells, they can spread through the blood or by retrograde neuronal dissemination. Arboviruses usually spread via blood, while rabies virus accesses the central nervous system via retrograde neural dissemination. Rabies virus first resides in peripheral nerves before being transferred to the central nervous system.

Most viruses cause non-distinctive patterns of central nervous system involvement and necrosis; hence, they cannot be differentiated by imaging. Eastern equine encephalitis and Japanese encephalitis are associated with severe and widespread neural necrosis, making them more distinctive.

Encephalopathy is the consequence of encephalitis and can be identified as the impairment of normal brain function due to viral replication.

In some cases, however, a direct viral infection of neuronal cells is not the main cause of encephalopathy. In these cases, certain inflammatory markers, such as interleukin 6 and monocyte chemotactic protein 1, are over-expressed without direct viral invasion of the central nervous system. In these cases, it is hypothesized that the cause of the encephalopathy is the hyperactivated cytokine response.

Frontal lobe involvement, which is usually reversible and characterized by behavioral changes, is suggestive of influenza-related encephalitis, especially if the patient is a child. Patients presenting with psychiatric symptoms might have herpes virus encephalitis.

Japanese encephalitis is also associated with Parkinsonism. Enterovirus 71 can cause myoclonus, tremors, ataxia, and coma. Mothers affected by the Zika virus during pregnancy put the newborns at risk of developing microcephaly.

Laboratory investigations are not helpful in confirming the diagnosis or differentiating between the different viral agents but can give some clues. Complete blood count shows leukocytosis mainly with a lymphocytic predominance. As some of the causes of encephalitis can be associated with hepatic failure, liver and renal function tests are indicated.

The most important diagnostic modality is perhaps the analysis of cerebrospinal fluid with the application of polymerase chain reaction techniques to identify the causative virus.

Blood cultures are indicated to exclude bacterial meningoencephalitis. Serologic tests might be used to detect the Japanese encephalitis virus or West Nile virus but cross-reactivity is common. Polymerase chain reaction testing for the detection of the West Nile virus is available and reliable. Unfortunately, most other etiologies remain undetected in up to 60% of the cases.

Brain imaging is useful but usually at later stages of the disease. Three to 4 days after the onset of herpes virus encephalitis, computed tomography can reveal low-density lesions, especially in the temporal lobes. Edema and hemorrhage are common consequences of encephalitis but usually appear late.

MRI can also be useful in the diagnostic workup of the encephalitis patient. It can show hyperintense signals in the brain stem of enterovirus 71 encephalitis. Patients with Japanese encephalitis have evidence of gray matter involvement, while Nipah virus lesions tend to be restricted to the white matter. Herpes viruses can cause temporal lobe lesions on MRI, but the picture might be more widespread in infants and young children.

EEG is useful in the evaluation of the encephalopathy patient. Focal temporal lobe discharges and diffuse slowing are common findings in herpes virus encephalitis. Patients with Japanese encephalitis have diffuse and continuous delta wave activity, spikes and can develop an alpha rhythm if in a coma.

Medication should be administered intravenously to reduce cerebral edema. The current treatment of viral encephalitis is largely symptomatic. Airways, bladder, and nutrition maintenance are essential. Patients can become dehydrated and might develop electrolyte imbalances which can complicate the neurological picture; therefore, proper electrolyte and fluid replacement therapy are indicated. Hydration should be moderate to prevent worsening the edema. Anticonvulsants, as well as pain killers, may be used.

Patients who develop seizures should receive phenytoin or valproic acid, both of which should be given intravenously. Benzodiazepines are indicated for the abortion of status epilepticus. Patients who have persistent seizures after the acute stage of viral encephalitis might need long-term antiepileptics. Once the immune system stops reacting to the viral invasion, the inflammation subsides leaving lesions that had resulted from the replication and packaging of viral cells. The lesions heal, but the neurons that were lost during the infection do not regenerate; thus, even after a full recovery, patients have neurological deficits.