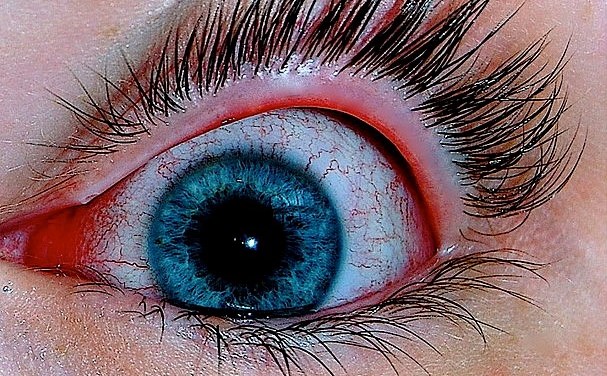 The condition usually resolves within two to four weeks.

Accurate statistics about the incidence and prevalence of viral conjunctivitis are not available in the United States. This is true simply because the condition is so common and because most cases do not even seek medical attention. Epidemics of viral conjunctivitis have been reported before where an outbreak seems to occur in a school, shipyard, or an athletic team.

Viral conjunctivitis occurs equally in both genders and can be seen in all age groups.

The viral etiology, however, differs depending on the patient’s age. For instance:

Patients with viral conjunctivitis typically have a prodromal period of three to seven days. The condition is highly contagious during the prodromal period and the active disease period. The main mode of transmission is through accidental inoculation of viral particles from the patient’s hands, fomites, or contaminated swimming pools.

Other causes of viral conjunctivitis include:

History of exposure to an individual with a red eye at home is usually present. The eye infection can be unilateral or bilateral. Patients also complain of ocular itching, foreign body sensation, tearing, redness, discharge, and photophobia. If photophobia is present, the likelihood of corneal involvement increases. In that case, the diagnosis of keratoconjunctivitis is suspected.

The physical examination might reveal preauricular adenopathy, epiphora, hyperemia, chemosis, and subconjunctival hemorrhage. The cornea might demonstrate punctate epitheliopathy. Subepithelial corneal infiltrates are seen one to two weeks after the onset of symptoms.

Culture, smear, and stain might be useful in select cases. If the inflammation is severe, chronic, or recurrent, the treating physician should consider ordering a smear and culture test. This is especially true if the patient fails to respond to classical treatments.

Used for detection of viral antigens and isolation of the etiological virus in conjunctivitis:

Viral isolation is rarely indicated in a clinical scenario and is usually performed in the context of a research project.