Veins of the Arm: Cutaneous Innervation and Venous Drainage 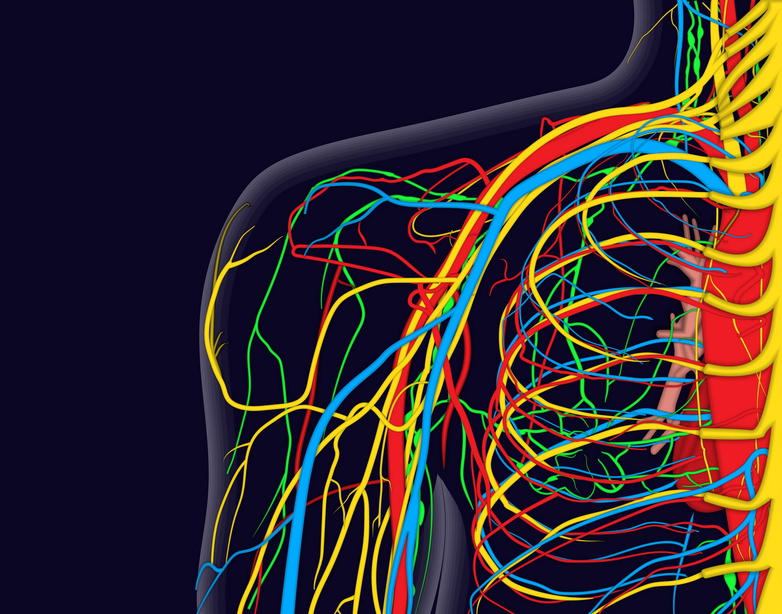 Medical vector illustration of the shoulder anatomy with nerves, veins and arteries, etc.

The cephalic vein starts around the radial area of what is known as the dorsal venous network. It continues towards the upper part of the body circularly throughout the forearm, interacting with tributaries along the way. The median basilic vein, located in the lower part of the elbow, works as a communicator in the arm. 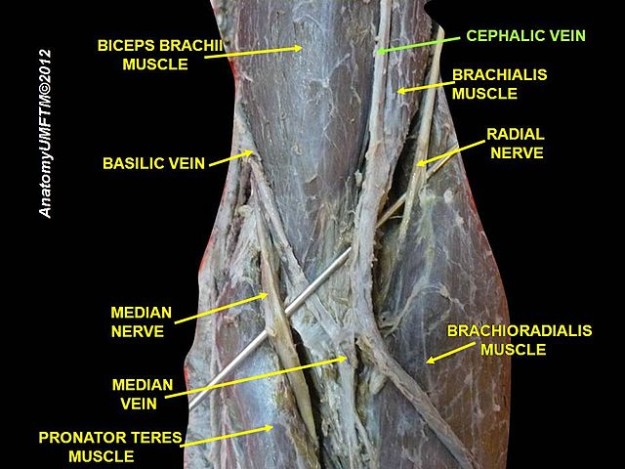 Another important upper limb portion to discuss in more detail is the basilic vein. It starts within the ulnar area of the dorsal venous network. It travels a bit in the arm area until it connects with the vena mediana cubiti. To meet the vena mediana cubiti, this vein climbs upwards in the back area of the ulnar spot within the forearm, settling in the lower part of the elbow. 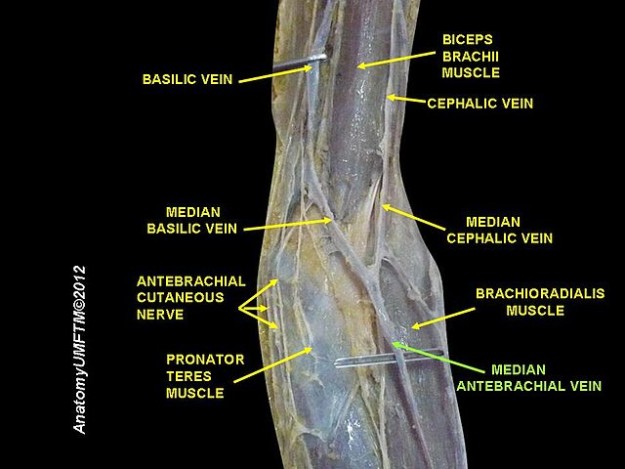 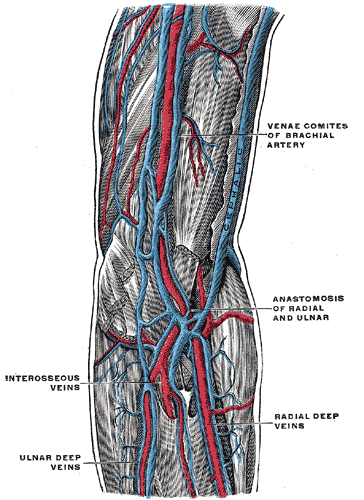 The deep veins in this area of the body are important to the arteries and make up the venae comitantes. Most of the deep veins also come in sets of two, making their homes on either side of the artery. Transverse branches typically join the two veins together.

Within the venae comitantes are both radian and ulnar veins. Typically, the ulnar veins are larger, while the radial veins interact with the dorsal metacarpal veins. On the other hand, the ulnar veins interact more with tributaries that deal with deep volar venous arches, causing them to have more to do with a human being’s wrist area. This interaction is message sending, which follows the profunda vein up into the vena mediana cubiti. 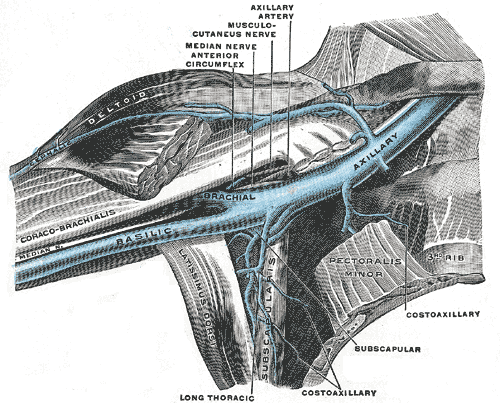 One of these important veins is the axillary vein; as already discussed, it works with the basilic vein. The axillary vein can be found in the bottom area of the teres major, enlarging as it progresses upward through the body, completing its journey near the subclavian vein.

The next important vein is the subclavian vein, which is also an extension of the axillary vein. It can be found around an individual’s first rib, and the other side is near the sternal side of the clavicle. The subclavian vein then meets with the jugular, and this connection makes up what is known as the innominate vein.

To the front of this vein, it exists near the clavicle and subclavius, whereas it sits near the subclavian artery on the other side of the vein. Two nerves keep this vein apart from the artery: the scalenus anterior and the phrenic nerve. The subclavian vein also is made up of a pair of valves. It can rise upwards through the body as high as the neck.

Cutaneous nerves that supply the skin of the upper limb are called Dermatomes. Each dermatome is innervated by a spinal cord segment: C3-T3.

2 thoughts on “Veins of the Arm: Cutaneous Innervation and Venous Drainage”