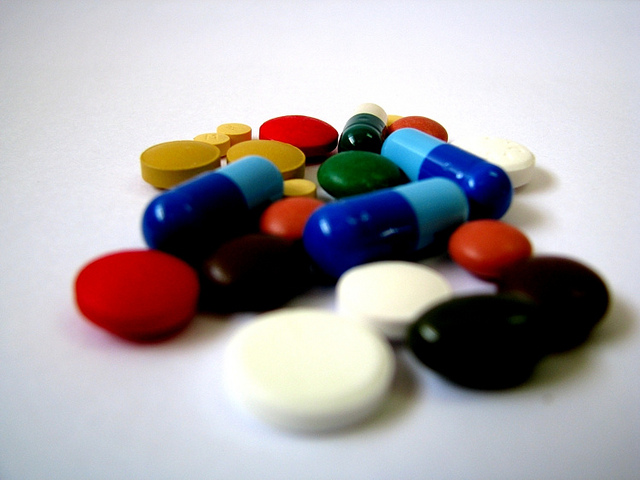 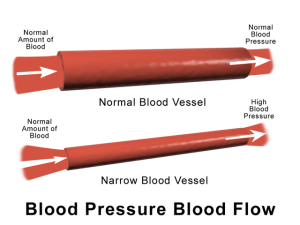 Hypertension is essentially characterized by an increase in blood pressure readings beyond normal levels on 2 or more separate occasions. The pathogenesis of this disorder includes, among others, the alteration in the tone of the smooth muscles and the wall structure surrounding the blood vessels. This alteration can be brought about by factors such as remodeling due to inflammation, inflammation and apoptosis, and impairments in the ionic exchange required for maintaining normal smooth muscle tone.

Several ways have been suggested to classify hypertension. However, the Joint National Committee on Prevention, Detection, Evaluation, and Treatment of Hypertension has published a series of reports that outline important information regarding the management of the disease. Their latest report, JNC 8, classifies hypertension according to the degree of blood pressure elevation. In line with this, the management of hypertension is modified according to the blood pressure category.

The management of hypertension is very important in the early course of the disease because several fatal complications are preventable when blood pressure levels are controlled. However, many consequences of hypertension still result in mortality and disability. Acute coronary syndrome is an example of an important condition that could result from hypertension.

One classification of the medications listed in the JNC 8 are vasodilators, which have a direct effect on the tone of the smooth muscles surrounding the blood vessels. This results in the reduction of blood flow resistance in the coronary and peripheral blood vessels, relieving the signs and symptoms of hypertension.

Image: Drugs in hypertension. By Lecturio

Image: Drugs in hypertension 2. By Lecturio 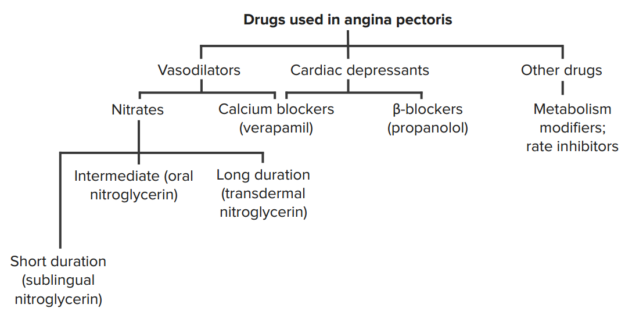 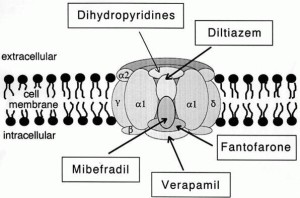 Calcium channel in muscle cells comprise various subunits and are thus classified into groups. One example is the L-type calcium channel, which opens up when there is an elevation in the electrical gradient across the cell’s membrane. It is abundant in the smooth muscle cells of blood vessels and is known to be very reactive to certain drugs. Furthermore, this channel consists of α1, α2, β, γ, and δ subunits.

It is important to note that calcium channels blocked by vasodilators are voltage-gated; this is because calcium channels are also present in other smooth muscles, such as those found in the intestines and respiratory tract. However, the ones found outside the cardiovascular system are mostly ligand-gated, which means that they respond to chemical triggers instead of changes in the cell’s membrane potential. These types of calcium channels are unresponsive to CCBs that maintain blood pressure levels.

Further, CCBs act on the inside of the cell and bind on open L-type calcium channels on the cell membrane. This causes a decrease in the movement of calcium across the membrane and an eventual relaxation of the muscle tissue. The brain has the same L-type calcium channels found on the nerve cell’s membrane. However, they remain unresponsive to vasodilators because they are normally closed most of the time. This makes CCBs more specific in altering only the tone of cardiovascular smooth muscles.

CCBs are further classified into 2 groups:

Dihydropyridines (DHPs) – these types of CCBs bind to the larger α1 subunit of calcium channels. They are more potent as peripheral vasodilators. DHPs activate sympathetic response by causing a decrease in peripheral resistance and subsequent baroreceptor stimulation. This results in the reflex tachycardia that is associated with these drugs. Examples of DHPs include:

Non-Dihydropyridines (non-DHPs) – work by binding to similar receptors found on other regions of the α1 subunit. When these drugs are bound to other parts of the subunit, they allosterically affect the binding ability of the DHP receptors. These types of CCBs are known to work on both heart and vascular smooth muscle, causing a negative inotropic effect (decrease in the heart rate), unlike DHPs. Since they also readily affect cardiac muscle, they also alter the conduction of impulses along the pacemaker and conduction pathways, making them potent medications for conduction problems. Here are the most common DHPs used to treat hypertensive patients:

Adverse effects vary depending on the type of CCB given. For instance, constipation, edema, and tachycardia are more common among patients taking DHPs, whereas, fatigue and unwarranted arrhythmias occur more frequently in those taking non-DHPs. Other minor side effects include:

CCBs are known to reach toxic levels in the blood when taken with grapefruit. Toxicity is also demonstrated when administered with other antihypertensive agents such as β-blockers and ACE-inhibitors.

Nitrates are present in several non-drug substances; a prominent example of which is the nitroglycerine in dynamite. All the drugs classified under the nitrates group appear to work similarly and may cause similar adverse reactions. However, deciding on the agent to use is based on the difference in the pharmacokinetics of the members under this class.

When nitrate-containing medications enter the blood and pass through the liver, they are metabolized into an inactivated form with the help of organic nitrate reductase. This enzyme cleaves the nitrate groups from the parent drug molecule. Keeping this mechanism in mind, it can be deduced that medications that go through the first-pass effect, such as oral nitroglycerin and isosorbide dinitrate, have a low potency, whereas, sublingual forms of the same medications quickly reach therapeutic levels in the blood.

However, although sublingual drugs can help achieve rapid vasodilating results, they are only short-acting. This is why other forms of nitrate-containing medications are required. Examples of routes of administration of long-acting forms of nitrates include:

Other forms of nitrates include sodium nitroprusside, a drug that is administered intravenously, and nebivolol, a β-blocker that has nitrous oxide activity.

Nitrate-containing medications are also known to be very volatile. The prototype of this group, nitroglycerin, is stored in dark-colored, air-tight glass containers, to maintain its potency. Amyl nitrate is packaged in glass ampules covered with a protective cloth and is used as an inhalant after crushing the ampule with the fingers. The liquid inside the ampule is absorbed by the cloth, and vapors are then released ready for inhalation.

Nitrites and nitrates have to undergo a series of biochemical reactions in order to become active as vasodilators. First, the nitrate-containing a group has to be cleaved from the parent molecule. While some medications, such as nitroprusside, readily release their nitrate group, others require the help of enzymes. Particular examples of which are glutathione S-transferase and aldehyde dehydrogenase. These 2 are key in the release of nitric oxide from nitroglycerin.

Once the nitric oxide is released, it then binds with guanylyl cyclase and activates it. The activation of this enzyme leads to the formation of cGMP, a second messenger essential to the relaxation of smooth muscle cells.

Since nitrates are potent vasodilators, toxicities that should be anticipated are related to its therapeutic effects. These include:

Drugs under this classification are also associated with tachyphylaxis or tolerance, especially those having a sustained effect. However, this effect is rare among some of the nitrate-containing medications such as nitroprusside.

The use of nitrates is more prevalent in the management of disorders under acute coronary syndrome, and for some other cardiac ischemic problems. These medications generally decrease the resistance to blood flow in coronary vessels, thereby, maintaining a balance between the supply and demand of oxygen in the cardiac muscle.

Cells tend to remain in a hyperpolarized state if there is a greater amount of potassium ions inside the cells. This state is interrupted once depolarization occurs and potassium is displaced by the influx of sodium within the cell. This leads to the classic activation of cells. In the case of muscle cells, depolarization implies contraction.

One way to decrease the tone of smooth muscle cells surrounding the blood vessel is to constantly flood the inside of the cell with potassium ions, making it ‘more rested’. This is achieved by keeping potassium channels open with the help of certain medications. 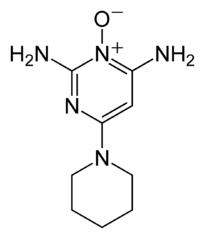 Minoxidil – this is an efficient vasodilator available orally. Once activated, it releases a potent metabolite, minoxidil sulfate that keeps the cell membrane of smooth muscle cells permeable to potassium ions. Toxicities are related to its therapeutic effects and include reflex tachycardia, chest pain, palpitations, and edema. In order to address these side effects, it is taken with β-blockers and diuretics. Other side effects include headache, sweating, and excessive hair growth.

Nicorandil – this drug also contains a vasodilating effect with a mechanism similar to that of nitrodilators. It is a nicotinamide nitrate ester that has potent effects on coronary arteries and is known to reduce both preload and afterload. It activates ATP-sensitive potassium channels, keeping the cell hyperpolarized.

The only known D1 receptor agonist available for controlling hypertension is fenoldopam. This drug works by activating D1 receptors in the peripheral arteries. This results in a rapid vasodilating effect. It also acts on the same receptors found in the kidneys, decreasing the blood volume by way of sodium and water excretion in the urinary system. It is administered intravenously and is associated with side effects including tachycardia, headache, and flushing. This medication should not be given to patients with increased intraocular pressure such as in glaucoma.

James PA et al. 2014 evidence-evidenced based guideline for the management of high blood pressure in adults: Report from the Panel members Appointed to the Eighth Joint National Committee (JNC 8). JAMA 2014;311:507.