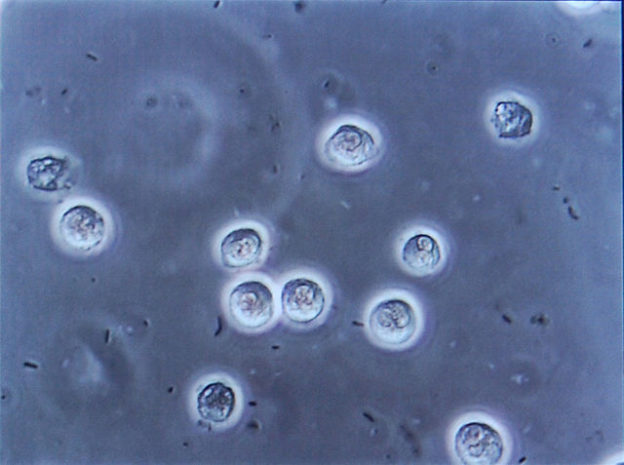 Urinary tract infections (UTIs) are quite common. A UTI is defined as a condition in which bacteria invades, persists, and multiplies within the urinary tract. UTIs are most commonly caused by gram-negative organisms.

In the United States alone, there were an estimated 10.5 million office visits for UTI symptoms. Approximately, 3 million visits to the emergency departments in the United States are due to UTI symptoms. Females are more likely to develop a UTI than males. Extremes of age are also more likely to develop a UTI. Patients with indwelling catheters, immunosuppression, urinary tract abnormalities, and previous antibiotic exposure are at risk of developing a complicated UTI.

According to clinical pictures, it can be classified as:

Asymptomatic bacteriuria: it is the presence of bacteriuria, i.e., more than 105 organisms per ml on two occasions in women and one occasion in men. It indicates UTI without the symptoms. It is commonly seen during pregnancy.

The most recent literature has agreed on the following suggested step-wise pathogenesis of UTIs:

Enterococcus spp. are encountered as causative pathogens in 5% of uncomplicated UTI cases. Other microorganisms such as P. mirabilis, P. aeruginosa, S. aureus, and Candida spp. account for the remainder of the cases of UTIs.

There are two important differences between complicated and uncomplicated UTIs in terms of etiology. Candida spp. and Enterococcus spp. are responsible for 7% and 11% respectively for complicated UTI cases.

The following risk factors have been implicated with a higher risk of developing a UTI:
Anatomical factors

Factors associated with a higher risk of UTIs in females

Factors associated with a higher risk of UTIs in males

The common symptoms of UTI are:

Cystitis or urethritis may be asymptomatic or may present with urgency, dysuria, frequency, nocturia, incontinence, and pain in the supra-pubic region. An offensive smell of urine may be a major sign. 30% of cases present with haematuria.
Interstitial cystitis is characterized by symptoms suggestive of cystitis with a negative urine culture. The diagnosis is confirmed by biopsy and cystoscopy.

These conditions mainly present with dysuria, perineal pain, frequency, voiding difficulties and painful ejaculations. Fever with chill and rigor and other constitutional symptoms are major presenting symptoms in acute bacterial prostatitis. In these cases, a per-rectal digital examination should be avoided due to the chance of inducing bacteremia. Chronic bacterial prostatitis may be asymptomatic. These conditions are important causes of recurrent UTI in male patients. Culture result of expressed prostatic secretion may confirm the diagnosis in this case.

It is the infection of renal parenchyma. Myalgia, nausea, vomiting, pain in the loin region, fever with chills and rigor are the presenting features in acute pyelonephritis. Renal angle tenderness during a physical examination is a prominent finding. Significant leucocytosis with leukocyte casts may be found in the urine. Micro- or macroscopic haematuria may be found. Blood culture may be positive in a quarter of the patients.

Fulminant emphysematous pyelonephritis can be seen as an acute condition in diabetic patients. In this condition, there is an accumulation of fermentative gases in collecting tubules, kidney and parenchyma. Chronic pyelonephritis is difficult to diagnose. It is mostly diagnosed by clubbed calyces with focal and diffuse renal scarring on radiograph. This usually develops in patients with vesicoureteral reflux in early childhood.

Staphylococcus aureus is the most common bacteria causing renal abscess. It is mostly due to the spread of infection from another site through the bloodstream. Since it is a systemic infection in the majority of cases, fever, constitutional symptoms, and loin pain are the presenting symptoms. Renal cortex shows hypoechoic lesions on radiograph. The symptoms resemble acute pyelonephritis. Diagnosis is confirmed by aspiration and culture from the suspected area under ultrasound guidance.

A perinephric abscess is the abscess formation in the perinephric space. It is insidious in origin as compared to a renal abscess, so it remains undiagnosed for a long period of time. Flank or abdominal mass may be an initial presentation.

Antibiotics are the treatment of choice in the cases of UTI. The choice of antibiotic depends on the culture sensitivity testing, pharmacokinetics of the drug, and the pH of urine. Uncomplicated and symptomatic UTIs can be treated with a 3 to 5 days course of antibiotics. Clotrimazole or fluoroquinolones are the treatment of choice in these cases.

Such short course treatment also eradicates vaginal colonization which could be the cause of recurrent UTIs in a female patient. Azithromycine or doxycycline is used in the cases of acute urethritis due to chlamydia infection. If a patient presents with an uncomplicated UTI with upper gastrointestinal symptoms, then a single dose of parenteral antibiotics on the first day, followed by oral antibiotic, is preferred (single dose of 2 gm ceftriaxone, 80 mg of gentamycine or 750 mg of amikacin can be given in this case).

Prostatitis is usually treated with a 6-week course of antibiotics like quinolones and cotrimoxazole. Macrolide antibiotics or doxycycline are the second-line drug in case of prostatitis. In some cases, the treatment’s course can be prolonged to 12 weeks.
The following table shows the recommended antibiotics in some common case scenarios of UTIs: