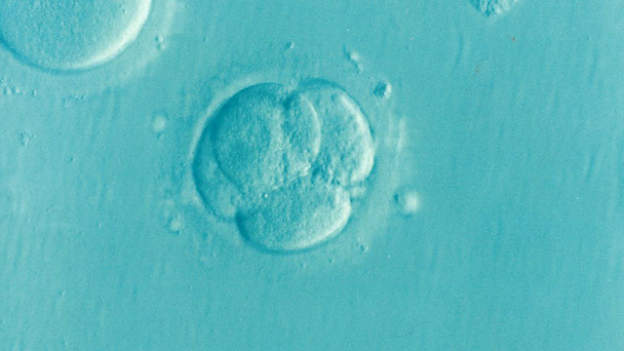 Gender identity is determined by the genetic, gonadal, and phenotypic sex. Genetic or chromosomal sex is defined by the sex chromosomes, typically XX or XY. Chromosomal or genetic sex determines the differentiation of the gonads into testes or ovaries – gonadal sex.

95% of the Y chromosome has multiple copies of unique genes expressed in the testis, with one copy of the SRY (Sex-determining Region on Y) gene on Yp11.3. Gonadal sex determines the type of fetal hormones produced and thereby the differentiation of the external genitalia into male or female form. In addition, the production of male or female hormones from the gonads at puberty leads to the appearance of secondary sexual characteristics.

Phenotypic sex is determined by the external genital appearance and by the development of the secondary sexual characteristics at puberty. The sex hormones act on the brain to create sexual differentiation which, together with the rearing and sex assignment by the caregivers, and secondary sexual development, gives rise to gender identity.

Gender identity refers to the individual’s behavior in terms of sexuality, whether in reference to the gestures, turns of speech, hobbies and recreations, and dreams.

The following definitions are relevant to the understanding of normal sex development, both somatic and psychosexual:

SRY expression upregulates Sox9 and Fgf9 (both operating in a positive feedback loop), but downregulates Wnt4, Rspo1, Dax1 and Fox12 to produce the Sertoli cells of the testes. Fgf9 inhibits Rspo1.

The XX genotype lacks SRY. Female-specific activation of Wnt4, Rspo1, and other genes lead to Sox9 repression to produce the granulosa cells of the ovaries. If these genes are deleted, an ovotestis is formed containing testicular cords and Leydig cells.

Thus, the developmental fate of the bipotential embryonic gonad is decided by the presence or absence of the functional SRY, which tips the balance towards testis or ovary development, respectively.

The fetal testis then synthesizes anti-mullerian hormone (AMH) at about 7 weeks as well as testosterone, both of which determine the male phenotype, while the absence of these hormones causes the female phenotype to develop.

This is the indifferent or bipotential stage of gonadal development. If germ cells are absent, testicular cords may develop but not ovarian tissue (leading to streak ovaries). Germ cell differentiation depends on the chromosomal sex of the somatic cells in the gonads rather than their own.

ACTH and hCG initiate sexual differentiation, which is later maintained by fetal pituitary LH levels. The fetal Leydig cells multiply and produce more testosterone in response to high gonadotropins (positive feedback loop). Later, they are replaced by adult Leydig cells, which are activated at puberty, and show a negative feedback loop to hCG.

Germ cell loss after birth is due to follicular growth and atresia.

Mullerian structures develop if there is no gonad or a normal ovary. This depends on the absence of a Y chromosome and of a functional testis (absence of AMH). Mullerian duct development follows that of the Wolffian duct. Wolffian duct (renal) abnormalities, therefore, accompany Mullerian anomalies.

The paired Wolffian ducts arise from the urogenital ridge of the intermediate mesoderm, laterally to somites 8–13, and end in the cloaca.

In the presence of high local levels of testosterone from the adjacent testis and in response to growth factors such as epidermal growth factor EGF and basic fibroblast factor (bFGF), Wolffian differentiation gives rise to the:

The Wolffian ducts elongate to 6 meters (in adult life), and coil by proliferation.

Importance of the Wolffian ducts:

Summary of Sex Determination in the Fetus: Male

Summary of Sex Determination in the Fetus: Female

There are cases when the fetuses does not undergo the above describe processes.  There are several factors that cause the difference in the development process; this includes a hormone imbalance and environmental factors among others. There are three hormonal conditions that changes the way the reproductive organs develop in both genders.

This condition occurs in both sexes, but is most common in males than females. AIS is when an individual is genetically male, with one X and one Y chromosome, but the person is resistant to the male hormones. Since this condition is a genetic fault, it means that the body can’t respond to testosterone properly. The testes secrete anti-Müllerian hormone and the Wolffian ducts do not receive the proper signals to develop. Both duct systems degenerate.

This condition is characterized by females having overactive adrenal glands. The condition encompasses a group of autosomal recessive disorders, each of which involves a deficiency of an enzyme involved in the synthesis of cortisol, aldosterone or both. Absence of 21-hydroxylase results to the deletions of CYP21A, which is the most common form of this condition.

Males with 5 α–reductase deficiency (5-ARD) do not undergo the same prenatal sexual differentiation as other males. The enzyme 5 α–reductase helps to regulate proportions of male sex hormones in the body before birth and during puberty. When males have a deficiency of 5-ARD, they will have typical development of the testes, but their external genitalia will resemble that of a female until puberty. During puberty, males will have levels of testosterone that are elevated enough to experience the same changes as males without this condition. After puberty, their genitalia do not look fully masculinized, although many are reported to live perfectly normal male lives.