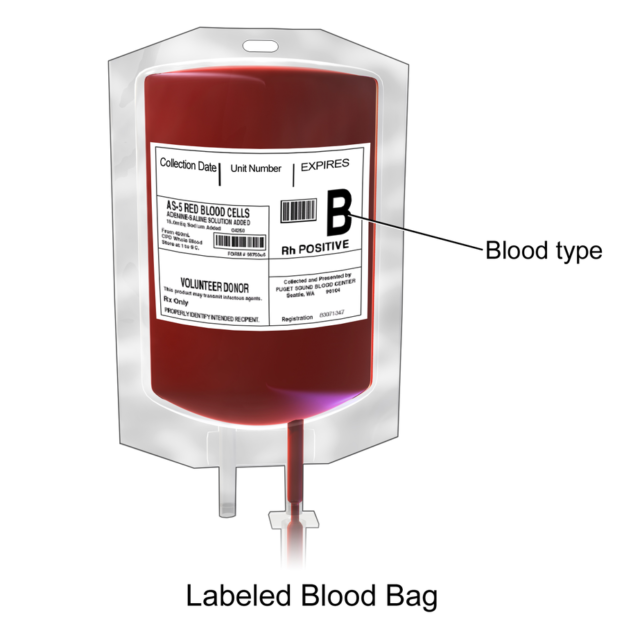 Xenografts were the first to be tried in transplantation medicine. They are described as the transplantation of a solid organ from a different species into the human body. A common example is the pig heart valves. Non-human tissues are implanted into a human body and although a lot of controversies has been raised on the issue there have been many lives that have been changed through these procedures. This form of transplantation carried the highest risk of rejection until the introduction of immunosuppressive drugs.

They are used to ensure that the immune system does not overreact to the transplanted organ which was the major cause of rejection. They work by dampening the immune system’s response to the foreign tissue or bone introduced to the body.

Their biggest disadvantage is their non-specific nature that leaves patients susceptible to diseases which can be a problem as it exposes them to several possible infections if care is not taken.

They are grafts from the same individual. Examples include skin grafts and bone marrow transplantation from a previously stored cord blood sample. It involves transferring a patient’s bone or tissue from one part of their body to another. It is very reliable, keeps the cells intact and has a high success rate as the tissues involved are live.

They are the most common type of transplants nowadays. They include transplants between genetically non-identical individuals in the same species, human-to-human kidney transplant, for example. Allografts should be matched promptly to lower the risk of rejection, and immunosuppression is usually indicated. Allografts from approved donors are safe, available in large amounts and can readily be used if the two individuals agree on it.

This kind of grafting requires compatibility tests and some people have started it as a business to have tissue banks that have been relied on by many people seeking to find various parts of the body.

It is paramount that improper matching is minimized as it will reduce graft rejection which is a loss of valuable tissue that could be implanted on another person. Thus, there is a need for many factors for the donor and the recipient to be tested both before and after the transplant. The first identified antigen that plays a critical role in the rejection process of transplanted organs is the major histocompatibility complex, also known as the human leukocyte antigen (HLA). Transplanted tissues have these surface antigens, which, if matched improperly, allow the recipient’s immune system to identify the tissue as foreign and to attack.

HLA can be classified into three main classes:

The ABO system plays an important role in blood transfusion reactions, but ABO incompatibility has a minimal role in solid organ rejection. Tissues that are highly vascularized, such as the kidneys, can undergo hyperacute rejection in case of ABO incompatibility, hence ABO matching for these transplants might be necessary. ABO matching is necessary as it ensures that there are reduced chances for rejection. With scientific developments, it is not required that people are of the same blood type. Immunosuppressive therapy ameliorates this problem.

Donor-recipient HLA matching is extremely important to lower the risk of graft rejection. First, it is important to identify which HLA antigens are expressed on the cell surface of leukocytes from the donor and the recipient and to confirm their matching. HLA proteins found on the surface of every cell and they direct the immune system doesn’t trigger a reaction which can lead to rejection. Each person has their own sets of HLA proteins that do not trigger the immune system but with the introduction of another set of HLA cells the immune system is likely to detect them and react.

Second, one should mix cells from the donor with recipient immune cells and look for any immunologic response to surface antigens. More recently, HLA matching is done via DNA typing which allows for rapid identification of the different HLA antigens the donor’s organ might express. Testing cells on the surface and how they react with the introduction of another set is important to give Histocompatibility which in turn offer enough data to test for compatibility between donor and recipient.

To ensure ABO compatibility, it is important to do serologic cross-matching after HLA matching. The cause of hyperacute rejection, in the case of ABO incompatibility, is performed serum antibodies against ABO surface antigens, which are expressed on the surface of highly vascularized tissues such as the kidneys.

Serum from the recipient is mixed with cells from the donor’s organ, and the pathologist should look for any signs of hyperacute rejection. If there is ABO incompatibility, but the patient needs the transplant urgently, and there are no other alternatives, plasmapheresis can be used to wash out any preformed antibodies, and the transplantation can be performed after that.

Transplantation of partially HLA compatible bone marrow into a recipient might cause graft-versus-host-disease, which can be fatal. This is caused by mature cells that are in the donor’s graft that start attacking the recipient’s cells. A donor who is immune competent raises the risks for recipients in blood transfusions as well as stem cells transplants. Recent advances in depleting T-cells in the donor’s bone marrow before transplantation lowered the risk of graft-versus-host-disease significantly.

A solid organ transplant might be rejected by alloimmune antibodies, leukocytes mediated or cytokines mediated mechanisms.

Preformed antibodies are responsible for hyperacute rejection of mismatched ABO organs or for patients undergoing a second transplant from the same donor. The preformed antibodies bind to HLA and ABO antigens in the endothelium, recruit complement factors and eventually lead to the formation of a thrombus. Multiple thrombi in the feeding vessels to the transplanted organ eventually result in necrosis and rejection.

In case of poorly matched HLA antigens, leukocytes identify the tissue as foreign, and a T-cell mediated immune response starts. T-cells get activated, release different proinflammatory cytokines and recruit CD4+ and CD8+ T-cells in addition to B-cells and other inflammatory cells.

The different immunologically active cells infiltrate the transplanted organ and eventually destroy it. This process can happen in months to years, in case of a partially HLA matched tissue; in weeks, in case of poorly matched tissues, and in days, if the patient had pre-existing anti-donor T-cells due to a previous transplant from the same donor.

Radiation therapy and the use of anti-metabolite agents usually target hematopoietic stem cells. They are recommended before a bone marrow transplantation. Before the transplanted bone marrow starts functioning, the patient is at an increased risk of opportunistic infections due to cytopenia. Additionally, patients are at an increased risk of sterility and alopecia because the formation of sperm and hair is dependent on highly metabolic active cells, which can be affected by anti-metabolite agents or radiation.

Additionally, patients are at an increased risk of sterility and alopecia because the formation of sperm and hair is dependent on highly metabolic active cells, which can be affected by anti-metabolite agents or radiation.

Calcineurin inhibitors such as cyclosporine and tacrolimus are used to inhibit T-cell mediated rejection. Both drugs act by preventing the synthesis of different cytokines known to be responsible for activating and recruiting other leukocytes in the immune response initiated against the grafted organ.

Sirolimus blocks the action of different cytokine receptors, such as interleukin-2, interleukin-4, and interleukin-10 receptors. It can be used in combination with cyclosporine for a synergistic effect. This is a more recent way of suppressing the immune system in a manner that has a limited side effect. It has proven to be more effective in bringing a balance between overimmunosuppression and underimmunosuppression.

Liver transplant recipients should be started on tacrolimus, followed by mycophenolate combined with steroids. This regimen improved survival in patients with liver transplants.

Patients undergoing heart transplantation should be prescribed prednisone after the operation, which should be discontinued once the endomyocardial biopsy is completely normalized. Tacrolimus should be given after that time-point. It can be combined with mycophenolate.

In all the above cases, anti-Interleukin-2-receptor antibodies should be used for induction therapy before the transplantation. This has, however, not changed much statistics in terms of rejection rates or even short-term survival rates.

Prevention is achieved by removing all T-cells from the donor’s bone marrow and blood before the transplantation. Treatment of mild to moderate graft-versus-host-disease includes steroids, cyclosporine, and mycophenolate.

A patient who has an acute rejection to the drug combinations should have it changed or dosage adjusted. It is important that the patient understands that immunosuppressant has very many side effects such as blood pressure.