Tics and Tourette Syndrome in Children — Symptoms and Treatment 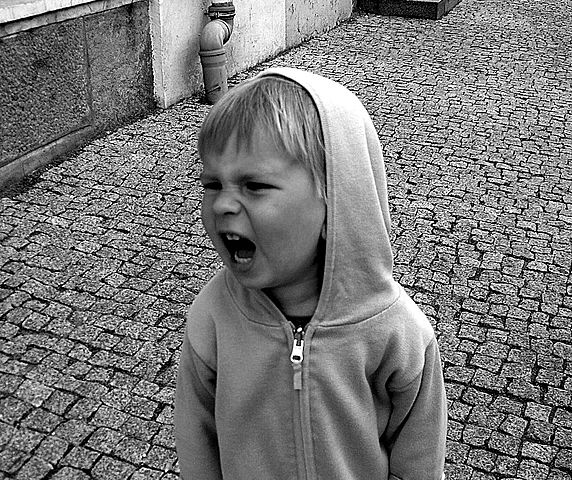 Definition of Tics and Tourette Syndrome

Tics represent a neurobehavioral disorder of childhood that is characterized by sudden, repeated, nonrhythmic, muscle movements that are accompanied by sounds or vocalizations. Tourette syndrome represents the same symptoms and lasts for more than one year. The activities do not interfere with a child’s intended activities or self-image.

Epidemiology of Tics and Tourette Syndrome

Tics affect 20% of children worldwide, many of whom are not diagnosed or treated. The severe form (Tourette syndrome) affects 3—8 per 1000 children.
The disease has a slight male predilection, with a male to female ratio of 3:1.
The disease takes a typical variation, mainly affecting children aged 4—9 years. The condition improves as the patient grows older; in most cases, it disappears in adulthood. The average age of onset of symptoms is 7.8 years. More than half of children suffering from tics and related disorders will go on to lead a healthy adult life.

Etiology and Pathophysiology of Tics and Tourette Syndrome

The exact cause is unknown, but several theories have been put forward to explain the cause of the disease.

In most cases, the cause is unknown, and there is no exhaustive explanation of the disease pathogenesis.

Tics may arise from a genetic mutation with a developmental period. This theory is supported by the fact that there is a 45% chance that a couple with tics or its variant will give birth to a child with any tic or variant and a 15% chance of developing Tourette syndrome. This idea was put forward by Georges Gilles la Tourette in 1800, who suggested a dominant autoimmune pattern with incomplete penetrance of inheritance.

Some tics are preceded by an infection with group A β hemolytic streptococci. Therefore, it is now referred to as a pediatric autoimmune neuropsychiatric disorder associated with streptococcal infection (PANDAS). Other associated infections include herpes simplex virus infection, HIV, mycoplasma pneumonia, and Varicella-Zoster Virus.

The disease is thought to be a disorder of the fibers that pass from the frontal cortex to the deeper areas of the brain. This pathway is known as the cortical-striatal-thalamocortical pathway (CSTC). Pathology in this pathway causes manifestations of tics/Tourette syndrome. Multiple neurotransmitters, such as dopamine, GABA, glutamate, serotonin, and acetylcholine, are incriminated in the disease’s causative pathway. The most characterized one is dopamine since patients improve after receiving neuroleptics.

The International Deep Brain Stimulation Database and Registry was launched in 2012. One of the goals of this database was to pool data and identify novel pathophysiologic mechanisms and new therapeutic targets in Tourette syndrome. The centromedian thalamic region, anterior globus pallidus internus, posterior globus pallidus internus, and the anterior limb of the internal capsule were the most common deep brain stimulation targets in Tourette syndrome. Accordingly, these brain regions are responsible for the motor and phonic symptoms of Tourette syndrome.

The tics have a waxing and waning pattern. They are more prominent when the patient is resting, concentrating, or emotionally pleased and less prominent when the patient is engaged in an activity. They are always absent during sleep. Tics are exacerbated by periods of anticipation, emotional upset (e.g., stress, anxiety, excitement, anger), or fatigue.

The most common first symptom is a facial tic (eye blink, nose twitch, and grimace), and they almost always involve the head and neck region. Some tics may appear to have a social meaning and may be mistaken for normal function.

The patient may voluntarily suppress his or her tic. However, it is often associated with a build-up of inner tension that resolves when the tic is permitted to occur.

Classification of Tics and Tourette Syndrome

According to the diagnostic and statistical manual of mental illnesses, tic disorders can be classified into:

Investigations of Tics and Tourette Syndrome

The diagnosis of tics is usually clinical with the identification of specific tic phenomenology and their classification. However, some tests are carried out to rule out the differential diagnoses and for research purposes of characterizing the disease further.

To characterize a finding as a tic, it must meet the DSM V criteria that provide for:

Simple motor tics are movements that involve a single muscle or one muscle group. Simple vocal tics include grunts, barks, and hoots.

Complex vocal tics are vocalizations that involve repetition of words of other people such as:

The table below presents the tests to rule out differential diagnoses.

Diagnostic considerations in tic diseases should include:

Management of Tics and Tourette Syndrome

Treatment is only needed when the disease interferes with the child’s image, social activity, or education. There are several available options.

This option involves a series of psychological interventions known as Comprehensive Behavioral Intervention for Tics (CBT) is a combination of the following elements:

The first stage of HRT is tic description and characterization, such as where they occur in the body, which muscles are involved, and the associated premonitory signs that indicate a tic episode is likely to occur. The next stage is finding a competing response, which, when employed, reduces the chances of occurrence.

Teaching about Tic Disorders and Tourette syndrome should be taught to the affected persons and the people who take care of the patient. The information that is typically included in psychoeducation is:

The knowledge helps to cope with having a tic disorder and makes it easier for helpers or teachers to handle these patients.

The Presence of educated and willing caregivers helps to reduce the associated psychiatric conditions such as depression and anxiety that result from social detachment of the patient.

This involves the identification of environmental events that make tics worse or maintain tics for an individual. It may include reactions to situations, thoughts, or feelings that a person has in a place. This can be done with help from a trained therapist who can also offer strategies for alternative management of the tics.

Relaxation is used to reduce stress, which could be a likely trigger to the worsening of tics. Relaxation has been shown to reduce the frequency of occurrence of the tics.

Examples of medications in use include clonidine, risperidone, haloperidol, and olanzapine. A dopamine receptor antagonist has been widely used with improvement due to the associated neurobiology of the disease.

This involves the implantation of electrodes and passage of stimulatory current to selected areas of the brain whose increased activity is likely to give tics. These regions include the thalamus and Globus pallidus. The efficacy of deep brain stimulation is the same after the stimulation of the four brain-region targets mentioned before. The adverse events associated with deep brain stimulation can be classified as device-related, surgery-related, and stimulation-related.

Yoga, meditation, nutritional therapy, and hypnotherapy have been tried in the management of tics and Tourette syndrome, with some level of success reported.

ADHD is treated with low dose stimulants and monitoring for tics. This is done together with classroom and social accommodation, such as offering extra time to complete tasks or tutorials for the affected children.

Administration of antidepressants, such as SSRIs (fluoxetine and clomipramine), treats OCD.
Anxiety and behavioral conditions are treated only when they can fit in the DSM diagnostic criteria.

Prognosis of Tics and Tourette Syndrome

Tics have a defined course; typically, children are diagnosed at 9—13 years. The disease progresses to full expression in the adolescent period, where the symptoms begin normalizing. The patient’s clinical condition improves during the teenage years. Less than half will have residual disease in adulthood.