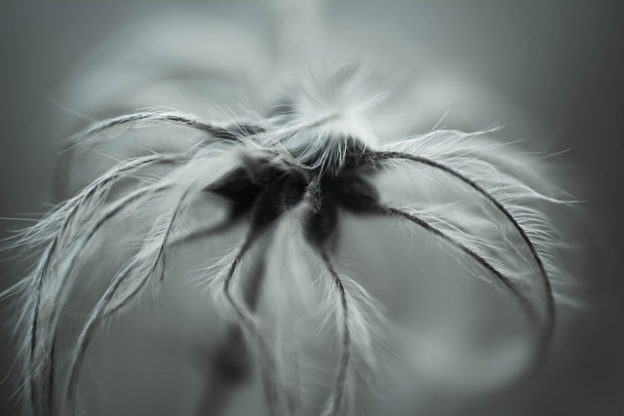 The following are the common types or descriptors of formal thought disorder:

While the aforementioned classification is from the point of view of the speech of the person (also known as disorganized speech), another classification attempts to categorize these conditions based on the process of thought and of speech separately.

The latter are sub-grouped into disorders of thought of tempo (flight of ideas/tangentiality, inhibition/poverty of speech, circumstantiality, etc.) and disorders of continuity of thinking (perseveration, thought blocking, etc.). The remaining are clubbed under disorders of speech (neologism, schizophasia, etc.).

Epidemiology and Etiopathology of Thought Disorders

Although a very large-sample study on the frequency of various types of formal thought disorders is lacking in patients with schizophrenia, the following is generally observed: the most common types of formal thought disorder (among the afore-mentioned eighteen) are derailment, loss of goal, poverty of content, and tangentiality. This is followed by poverty of speech, pressure of speech, illogicality, perseveration, self-reference, and incoherence, all of which are moderately common. The remaining thought-disorder symptoms are not common.

As per DSM-5, formal thought disorder is one of the essential criteria (Criterion A) for diagnosis of brief psychotic disorder, schizophrenia, and schizophreniform disorder. Derailment and tangentiality are seen in schizoaffective disorder.

Formal thought disorder is typically associated with the psychotic range of diseases, particularly schizophrenia; however, some types are found more commonly in other (mood spectrum) diseases such as mania (especially clanging) and depression (especially the negative speech symptoms such as poverty of speech, blocking, derailment, and loss of goal).

Other conditions, such as delirium and autism spectrum disorder, may also present with a formal thought disorder. Circumstantiality can occur in individuals with a learning disability, as well as those with obsessive personalities. Perseveration is common in individuals with organic disorders of the brain.

Whether the etiology is primarily psychiatric or secondary to an underlying medical disorder can be partly discerned from certain points during history taking. Patients with a medical disorder tend to be older and have an acute onset of the psychotic symptoms. The presence of auditory hallucinations is strongly indicative of a primary psychiatric disorder.

Mere disorganized speech should not be considered as a thought disorder, as mild abnormalities are not uncommon. The symptoms must be severe enough to affect fluid communication. The severity of each symptom (including delusional and hallucinatory symptoms) can be evaluated by rating it on a 5-point Likert scale, ranging from 0 (not present) to 4 (severe); however, rating is not essential for the diagnosis of the disorder.

In addition, recording of a sample of speech is a good strategy for both diagnosis and assessment of disease progression or treatment efficacy. While assessing thought disorder symptoms, differences arising from different language backgrounds of the patient and physician, as well as from the patient’s exhaustion and other mild illness, must be kept in mind.

Laboratory investigations are not required for the diagnosis of psychiatric diseases; however, they should be performed to rule out common medical and drug-induced causes (see Differential Diagnoses section for details). The common tests done include complete blood count, kidney, and liver function tests, thyroid assessment, tests for alcohol and other drugs such as cocaine, blood and urine cultures for infections, vitamin levels, electrolyte abnormalities, and glucose levels. Brain imaging, electroencephalogram, or other investigations are indicated if other secondary causes (e.g., demyelinating disorders) are suspected.

Many medical conditions can have symptoms in the psychotic spectrum:

Differentiating between the psychiatric conditions*:

*Careful attention should be given to the possibility that a recurrent disorder (e.g., bipolar disorder, recurrent acute exacerbations of schizophrenia) may be responsible for any recurring psychotic episodes. Treatment of Thought DisordersTreatment of the medical disorders should aim at treating the underlying cause, which will resolve the psychiatric symptoms.

Psychotic disorders can be managed using psychotherapy, family-oriented and other social–educational therapies, and pharmacotherapy. Medications used in the pharmacological treatment of psychotic disorders (schizophreniform disorder, schizophrenia, and the like) include second-generation antipsychotics such as aripiprazole, asenapine, iloperidone, lurasidone, olanzapine, paliperidone, quetiapine, risperidone, and ziprasidone. In refractory cases, electroconvulsive therapy may be tried.

Review Questions. The answers can be found below the references.

1. Which of the following is not a type of disorganized thought disorder?

2. Which of the following type of formal thought disorder is a negative symptom?

3. Thought blocking is not seen in patients with which of the following conditions?

Clinical manifestations, differential diagnosis, and initial management of psychosis in adults via www.uptodate.com