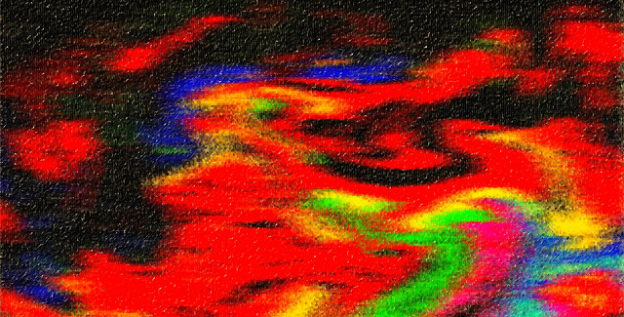 Hess’s law of constant heat summation, or Hess’s law, states that no matter how many steps or stages are present in a reaction, the total enthalpy change for the entire reaction is the sum of each individual change. Enthalpy is a thermodynamic measurement assessing the total heat content of a system (see image below). It is equivalent to the internal energy of the system plus the product of the pressure and volume:

Example of the calculation that takes place in a reaction:

Here, methane and oxygen react to form carbon dioxide and water. The elements need to be rearranged before the reaction can occur. This is done by breaking existing bonds and forming new bonds between elements.

CH4 (methane) needs to be broken down into its simple elements: C (carbon) and H (hydrogen). When this happens, an energy change occurs; this is referred to as (ΔHf)CH4. This is the standard energy of formation referring to standard elements present in nature. O2 (oxygen) does not need to be broken down into individual O elements since, in nature, a single O isn’t present. The standard form is O2.

The total enthalpy of the entire reaction is as follows:

The minus sign for the enthalpy for methane is due to the break-up of the bonds that are taking place:

Hess’s law is used to: 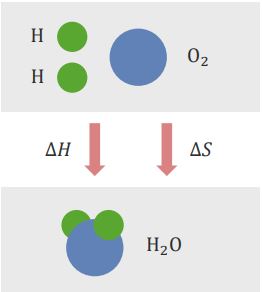 Gibbs free energy is the energy that is associated with a chemical reaction that can be used to perform work. It conveys the amount of free energy that exists for a reaction to go forward (see image below). In general, a reaction wants to minimize energy use (enthalpy) and maximize entropy.

Entropy is the degree of disorder or randomness that exists in a system. The calculation of Gibbs free energy (ΔG) determines whether the reaction can occur spontaneously or not.

Note the negative sign above; it denotes that enthalpy and entropy are opposing reaction concepts; as well, temperature (T) is measured using the Kelvin scale (K).

The reaction that needs to take place can occur either spontaneously (favorably) or nonspontaneously (unfavorably). This is determined by the calculation of Gibbs free energy (ΔG).

Even if the reaction is exothermic (i.e., it requires no energy input), it may not occur if it lowers the entropy too much. As well, even if something is spontaneous, it does not necessarily occur quickly. Both of these concepts are not directly related, since they depend on different properties of the reaction.

An object has a linear dimension which, when heated, undergoes a linear expansion. The linear thermal expansion can only be measured in the solid state and is common in engineering applications. This change in thermal expansion in the linear (one-dimensional) direction is denoted as follows:

The coefficient of linear expansion is α = 1 / temperature; thus, the units for α are 1 / Kelvin.

The thermal expansion equations for linear expansion and volumetric expansion can be stated in a different way based on a change in length and volume, respectively.

Thus, the change in length is ΔL = Linitial α ΔT.

Thus, the change in volume is ΔV = Vinitial αv ΔT.

Applications of thermal expansion include the following: