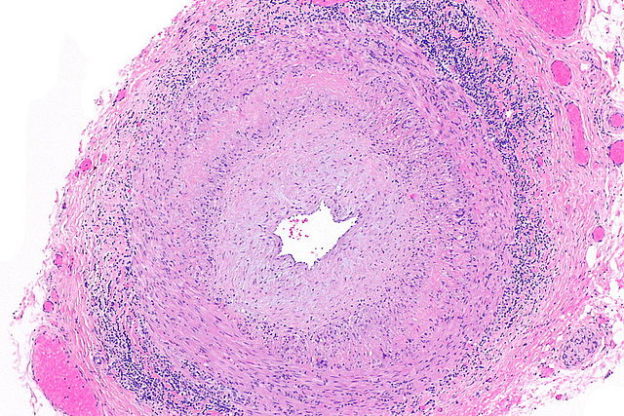 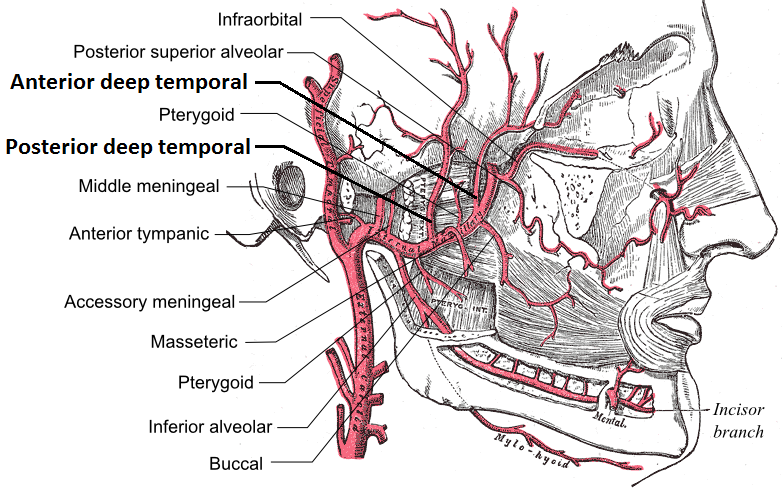 GCA is the most common form of systemic vasculitis in adults. It is also called arteritis cranialis, Horton disease, and granulomatous arteritis. Giant cell arteritis can involve other vessels as well like ophthalmic, occipital, vertebral, posterior ciliary and proximal vertebral arteries; but it commonly involves the superficial temporal artery. 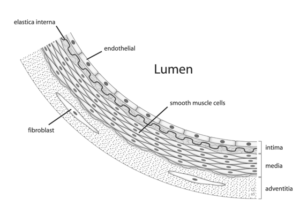 Trans-mural inflammation of the layers of the blood vessels, i.e. of the intima, media, and adventitia of affected arteries leads to the signs and symptoms of this disease.

Immune response to the disease leads to infiltration by lymphocytes, macrophages, and multinucleated giant cells.

Hyperplasia of the layers of the vessels can lead to luminal narrowing, causing distal ischemia.

The underlying cause is still not exactly known. Research in the field of inflammatory response of the body is being carried out to understand the pathophysiology of the disease. Triggering factors responsible for the inflammatory response are still under study. Various genetic, environmental and autoimmune factors have been identified.

Temporal arteritis is more common in older females. The female-to-male ratio is roughly 3.7:1.

Smoking increases the risk of temporal arteritis by 6-fold in women. It has been seen in many studies that diabetic patients have a lesser risk of giant cell arteritis.

Old age is the major risk factor for this disease. It is common in females of more than 50 years and rare in people below 50 years age. Maximum chance of developing temporal arteritis is at the age of 80 or above.

Signs and Symptoms of Temporal Arteritis

Temporal arteritis commonly has a sudden onset. In some patients, prodromal symptoms may also be present as anorexia, fever, malaise, general body ache and pains, night sweats as well as weight loss. These may last a few days or persist for weeks, along with other symptoms of the disease.

Some other lesser common symptoms 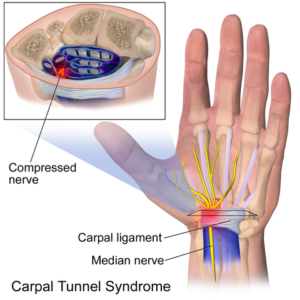 Various signs are produced depending on the organ or vessel involved with inflammation of the vessel wall. Consultant opinion should be taken from ophthalmologist, head and neck specialist and neurologist.

Blood pressure should be taken bilaterally from the arms to rule out aortic arch involvement. Carotodynia, i.e pain during palpation of the carotid artery, is common in about 15% of patients of temporal arteritis. Cranial nerve examination for cranial nerve palsies should be done especially for the sixth nerve palsy. The carotid, axillary, and brachial arteries should be assessed for bruits. 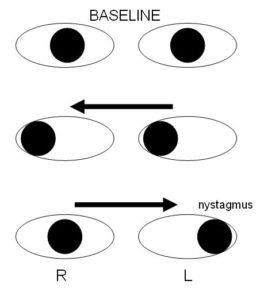 A complete eye examination including visual acuity, visual field check and fundoscopy with slit lamp examination should be done. Neuro-ophthalmic manifestations of GCA include the following:

Early diagnosis and early treatment is the key to a better prognosis. It is recommended that treatment should be started before confirmation of treatment. The diagnosis is made by the following investigations: 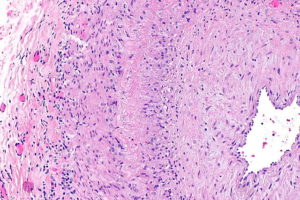 The treatment of giant cell arteritis (GCA) is high-dose corticosteroid therapy and it is accepted worldwide. Steroid therapy is started as soon as a physician suspects temporal arteritis due to the danger of blindness if kept untreated.

Those patients who present initially with visual symptoms have more chances of improvement when steroid therapy is started on the first day. After 48 hours, visual symptoms are irreversible sometimes, even after steroid treatment. Typically, treatment begins with 40–60 mg of prednisone orally, once daily. Patient starts to improve in 2-3 days. If blindness develops, it is irreversible.

Low-dose aspirin and immunosuppressants may also be used to reduce the risk of the condition recurring and complications developing.

Atherosclerosis is the main cause leading to carotid artery disease. Plaque can also deposit in other major blood vessels like in the coronary arteries. Plaque deposited in the blood vessels contains debris made of: 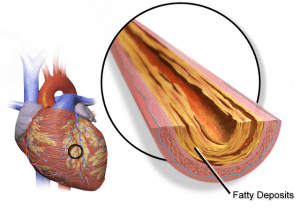 Atherosclerosis leads to the narrowing of the lumen of the involved vessels and making them stiff and less flexible with time. These changes decrease blood flow leading to a lower oxygen supply and more CO2 accumulation. Hypoxia leads to ischemia at the organ level.

CAD can also be the result of other diseases that cause arterial damage.

Similar to most heart diseases and stroke, the risk factors for carotid artery disease are:

Blocked carotid artery can lead to stroke or TIA – transient ischemic attack any time in life. Embolization is the mechanism by which a small clot from the deposited plaque dislodges toward the brain and suddenly blocks one of the cerebral arteries, leading to a stroke. A TIA is basically the precursor of a future stroke and should be regarded as such, since a third of people who experience TIA go on to have a stroke within a year. Symptoms of a TIA last for only few minutes to few hours. These symptoms include:

Image: “Atherosclerotic plaque from a carotid endarterectomy specimen. This shows the bifurcation of the common into the internal and external carotid arteries.” by Ed Uthman, License: CC BY 2.0

Early diagnosis and treatment can save the patient from many complications. High risk patients should be evaluated and examined routinely. An abnormal swishing sound can be auscultated over the blocked artery, called a bruit. Following investigations are done to diagnose this disease. 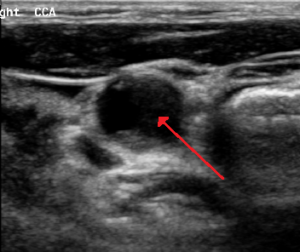 Image: “70% blockage of the right internal carotid as seen on ultrasound. Arrow marks plaque inside the artery.” by James Heilman, MD – Own work, License: CC BY-SA 4.0

Duplex ultrasound is the test of choice for screening purposes. The extent of carotid arterial stenosis can be estimated before doing any invasive procedure.

CT scan after injecting contrast material is done to check the flow of the blood and patency of the blood vessels. CT angiography is also diagnostic in regard to the carotid artery disease.

This is done in order to look for infarctions or intracranial lesions formed recently or older ones. This procedure takes pictures of the brain tissue to check for any bleeding or abnormalities.

This test also uses a contrast to highlight arteries in the neck and brain to look for stenosis.

Sometimes some intracranial lesions are not visible on CT but can be seen on the MRI.

A catheter is passed into the carotid artery to inject dye in the artery followed by serial X-rays in search of abnormalities. This is an invasive test and it can lead to complications. It is usually avoided.

Following steps are taken to reduce the risk of complications and as treatment of the carotid artery disease:

These steps include lifestyle changes which can improve blood cholesterol level and reduce episodes of raised blood pressure. 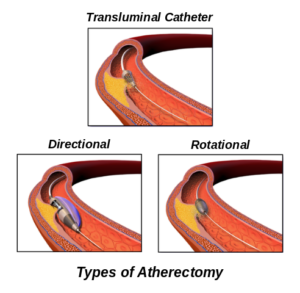 Taking aspirin, anticoagulants, antiplatelet therapy, and platelet aggregation inhibitors along with lifestyle changes and regular monitoring through follow-up visits can improve the condition of the patients.