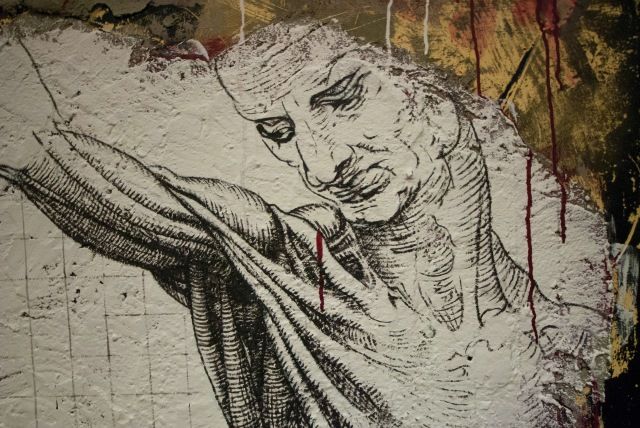 Definition of health and illness

Several nuances and variations exist between the 2 extremes of health and disease. Medicine primarily takes cues from the World Health Organisation (WHO) for a definition of health:

Health is a state of complete physical, mental, and social well-being and not merely the absence of disease or infirmity.

However, not every deviation from the normal can be classified as an illness or a pathological status. Doctors are often aware of the several gradients and nuances of the well-being of a person, but due to outer structures (health insurance, employer, etc.), they often have to categorize patients as healthy or ill.

Health and illness: What is the norm?

Basic concepts in health and disease

You will encounter some important technical terms regarding health and illness throughout your studies. So it is worthwhile to memorize the following: 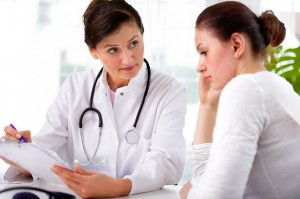 When it comes to sharing findings and diagnosis with the patient, the doctor should demonstrate empathy. In the medical environment, time is often a limiting factor. Nevertheless, the medical practitioner should always try to evaluate the subjective condition of the patient and to adjust the doctor-patient-talk individually.

Terminology for the subjective experience of health and illness

Next to common terms like well-being, discomfort, and symptoms, it is important to get acquainted with a number of terms that are associated with the subjective experience of illness and health.

Note that the ability for patients to practice self-reflection cannot be assumed by the medical practitioner.

To be able to experience discomfort, physical awareness is required. Proprioception, visceroception, and nociception fall under interoception, which is an awareness of one’s body.

Two examples of divergent experiences are hypochondria and somatization disorder.

When it comes to hypochondria, an excessive self-perception leads to the overvaluation of the smallest symptoms or non-symptoms. The patient feels a constant state of anxiety and fear and worries about being or falling ill.

In the case of a somatization disorder, psychic or mental distress is not expressed, neither in front of oneself nor in front of others. The body finds a way out of this stressful situation by ‘talking via the organs’, i.e. physical symptoms.

The quality of life with reference to health is never dependent on a single factor. With regard to WHO‘s definition of health: physical, psychological, and social wellbeing constitute, together with the patient’s ability to act, the quality of life for an individual.

In the psychodynamic model, illness can be interpreted as a follow-up to a conflict: it does contribute to the resolution of the conflict while the patient draws a hidden, intra-psychological advantage from the illness. The secondary gain is easier to understand and has to do with objective unloading and gratification.

Examples from medical practice: Often older patients living alone ‘enjoy’ finally being looked after extensively and being at the center of attention.

Medicine as knowledge- and action-system

Before imaging procedures were invented, the doctor was dependent on the patient’s visual appearance in order to correctly assess the patient. Currently, X-ray, sonography, CT, and MRI considerably facilitate the diagnostic work. They are, however, just a part of the pool of methods, which a doctor could use to arrive at findings. Part of complete medical findings and diagnosis are:

Notice: The state of health describes a subjective experience-based value, while the report describes objective data.

Classification systems for health and illness

The classification systems for psychological and somatic illnesses are instruments of categorical diagnosis.

Attempts have been made since the 19th century to compile some kind of catalog for the purpose of organizing physicians’ diagnostic experience in one classification. What was, in the beginning, the international nomenclature of causes of death from 1893, has been developed further to the International Classification of Diseases (ICD). More than 2500 somatic and psychic diseases are classified into 21 categories. Since 1958, WHO has been responsible for the work on the ICD-10 catalog. ICD-11 is not planned, but there are annual updates by WHO.

Initially introduced in the USA in the 19th century as the first classification for idiocy/insanity, the DSM has been adapted and updated by the American Psychiatric Association since 1952. The latest version is called DSM-V. DSM has a bigger impact on psychological research than ICD-10.

Society: Societal viewpoint on the aspects of health and illness

Our behavior is measured against different norms and roles (see above). The role differentiation is the result of task specification within our society. Being new in a group comes the conception of roles: roles are redistributed and/or assumed. There are certain expectations attached to a role: the physician fulfills a precisely defined, formal role, whereas the expectations for a student in his informal role are rather variable.

For example, being a goalkeeper or the leader of a choir is associated with different roles. Attributed roles, like gender roles, are less modifiable. In order to cut ties with an attributed role or to change it, distance from the role is required (e.g., women’s emancipation). The opposite of distance from the role is role identification. The person accepts and affirms the role.

Usually, a conflict between roles exists: the expectations of different roles an individual is expected to fulfill could diverge and lead to a conflict, for instance, if a person has several roles as a medical student, teaching assistant, and flat occupant. Moreover, conflicts within a role are called intra-role conflicts and could arise, e.g., the expectations of a doctor on the part of the nursing staff and the completely different expectations on the part of the patient.

Legal regulations of the health and social systems

The health and social systems are important in the field of occupational medicine/social medicine. Sick certificates, rehab applications, and level of care categorizations are bureaucratic problems that are difficult for both aspiring and seasoned doctors.

The following basic terms that legally define different stages of disease should be memorized:

Assessment of health and disease under sociocultural aspects 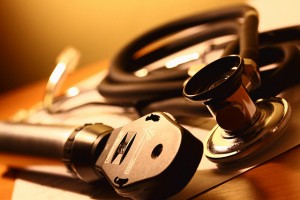 Image: The physician. By Adrian Clark, License: CC BY 2.0

In society, illness is a state that deviates from the normal state, and attempts should be made to change this divergent state is to normalcy. To this end, specific rules exist and adherence to or non-compliance with these rules is sanctioned positively or negatively, respectively. The illness of the individual is not a personal matter, as it has repercussions on the society (e.g., high-cost factor for chronic diseases or the additional work, which has to be covered by colleagues when a person is absent).

Great emphasis is to be put on the fact that society views diseases of organic or psychological origin differently. Patients with psychological diseases are often exposed to serious stigmatizations. The common chronification of mental illness emphasizes the negative societal valuation of these patients.