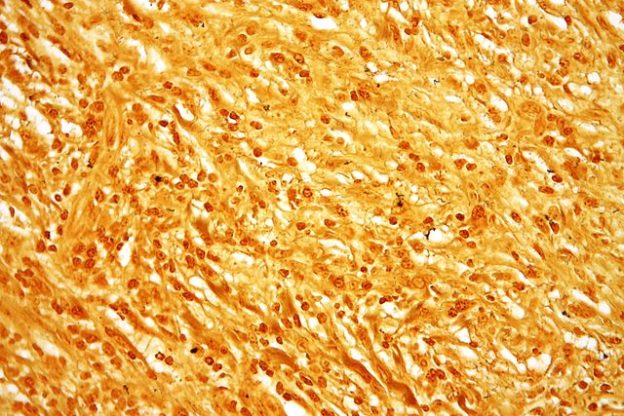 Primary syphilis is characterized by 1 or more ulcerative lesions. Reactive serologic tests such as the venereal disease research laboratory (VDRL), rapid plasma reagin (RPR), or treponemal-specific tests need to be positive. The presence of the causative organism T. pallidum confirms the diagnosis of primary syphilis.

Secondary syphilis is characterized by localized or diffuse mucocutaneous lesions with generalized lymphadenopathy. Condyloma lata and alopecia are also commonly seen in secondary syphilis. The diagnostic criteria for secondary syphilis include a positive nontreponemal and positive treponemal serology test with the presence of clinical features characteristic of this stage. The isolation and identification of the organism is not mandatory but does confirm the diagnosis.

Late syphilis with clinical manifestations is characterized by:

This condition, which involves other organ systems, is also known as tertiary syphilis. The clinical manifestations of late syphilis usually begin after 15–30 years of untreated syphilis.

Neurosyphilis is defined as an infection of the central nervous system by T. pallidum. Patients may develop syphilitic meningitis, optic involvement with interstitial keratitis and uveitis, dementia, and tabes dorsalis. Neurosyphilis can happen at any stage.

Primary and secondary syphilis are reportable infections in the United States. The impact of syphilis in adolescents is underestimated, as some cases may not be reported in certain clinics or places in the country.

The direct cost of treating syphilis is high, at approximately $39.3 million per year.

The main risk factors for acquiring syphilis are a previous history of syphilis infection, having a sexual partner with syphilis, current HIV infection, and having more than 4 sex partners per year. Young adult men, sex workers, African Americans, and those from the southern and western states are more likely to develop syphilis.

The main manifestation of primary syphilis is a local painless chancre. This small ulcer usually heals by itself without treatment within a few weeks. It may progress to secondary syphilis from 2–8 weeks after infection if not healed properly.

Secondary syphilis is characterized by:

If patients are not treated, they will progress to latent syphilis. Patients with late-stage syphilis present with symptoms and signs suggestive of multi-system involvement such as:

Symptoms of late-stage syphilis can occur within 1 year or up to 30 years after the initial primary disease. Tertiary syphilis includes cardiovascular syphilis, gummatous syphilis, and a slow, progressive disease affecting any organ system.

Neurosyphilis can happen at any stage of the disease and presents with symptoms and signs suggestive of focal neurologic deficits.

When an adolescent presents with symptoms suggestive of syphilis, they should receive a nontreponemal reactive test such as VDRL or RPR. While these tests are not specific for syphilis, they are highly sensitive.

Microscopic examination of samples collected from skin lesions may reveal the organism and also help in confirming the diagnosis.

The treatment of choice for all stages of syphilis is penicillin G, which should be administered via intramuscular (IM) injection. Benzathine, aqueous procaine, or aqueous crystalline penicillin preparations have also all been used in the treatment of syphilis, with equal efficacy.

The duration of the treatment plan is dependent on the presenting stage. Additionally, the choice of preparation should be based on the suspected locations of infection; i.e., some forms of penicillin have a poor penetration of the blood-brain barrier and will not reach a syphilis focus in the central nervous system.

Treatment of early syphilis may be associated with an increased risk of anaphylactic reactions to penicillin. Jarisch-Herxheimer reaction is a febrile reaction that is commonly seen within the first 24 hours of the initiation of antibiotic therapy for early syphilis. The administration of antipyretics is usually sufficient in the management of this reaction.