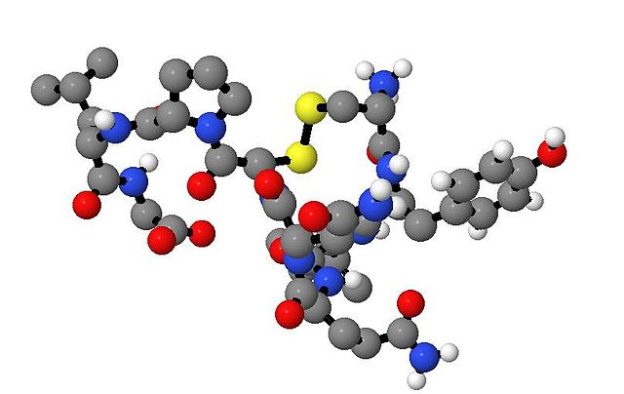 SIADH is characterized by hyponatremia and hypoosmolality due to the inadequate and continued secretion of the antidiuretic hormone despite normal plasma volume. The end-point is impaired water excretion, water retention, and hyponatremia. Hyponatremia occurs in SIADH because of excess water, not because of absolute sodium deficiency in the blood.

The classic Bartter-Schwartz criteria can be used to confirm SIADH diagnosis. Common symptoms include hyponatremia with hypoosmolality, no clinical evidence of volume depletion, no other causes of hyponatremia, urine that is not maximally diluted, i.e., reduced water excretion, and continued sodium excretion in the urine. Restricted fluid intake should correct hyponatremia in a child diagnosed with SIADH.

Epidemiology of SIADH in Children

The prognosis of SIADH depends on the etiology. Drug-induced SIADH usually has an excellent prognosis. On the other hand, SIADH due to a central nervous system infection is more likely to be associated with permanent neurological deficits and increased morbidity. Rapid correction of hyponatremia in patients with SIADH is associated with central pontine myelinolysis and permanent neurological impairment.

In addition to the central nervous system complications of SIADH, noncardiogenic pulmonary edema has also occurred in some patients. Severe hyponatremia is the most important prognostic factor for increased mortality in children with SIADH.

Etiology of SIADH in Children

SIADH can be caused by either:

The most common causes of SIADH that are related to central nervous system disease are: 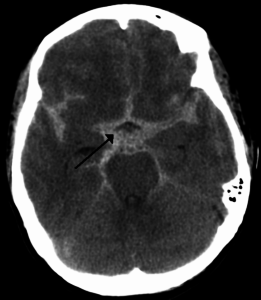 Other causes associated with SIADH:

The most common pulmonary causes of SIADH in children:

SIADH can also occur as a complication of taking certain drugs, such as:

Metformin, oxytocin, nonsteroidal anti-inflammatory drugs, and theophylline potentiate the effects of antidiuretic hormone but do not cause hormone overproduction. Therefore, such drugs are said to cause a SIADH-like picture and not true SIADH.

SIADH is characterized by the over-production of the antidiuretic hormone, which causes water retention. Excess water dilutes the extracellular sodium, causing hyponatremia; therefore, hyponatremia in SIADH is not caused by sodium deficiency.

Over-secretion of the ADH hormone leads to water retention by stimulating increased water permeability in the kidney’s renal collecting duct. This increases the glomerular filtration rate (GFR) due to volume expansion and vasodilation caused by brain natriuretic peptides (that cause excessive sodium excretion through urine). Natriuretic peptides are secreted because of ADH stimulation and increased plasma volume expansion. This blocks the reabsorption of sodium in the collecting duct, leading to SIADH.

Clinical Presentation of SIADH in Children

Most SIADH symptoms are attributed to hyponatremia, its severity, and the rate of development. Most SIADH cases are mild and are rarely asymptomatic, which why most cases of SIADH in children are diagnosed incidentally by laboratory investigations.

The most common symptoms

The most common symptoms of mild chronic hyponatremia in children are cognitive decline, ataxia, and frequent falls. It is a bit controversial whether frequent falling, i.e., repeated minor head trauma, is the cause or the consequence of SIADH. Symptoms of acute hyponatremia include anorexia, fatigue, and nausea. Muscle cramps, headaches, drowsiness, confusion, seizures, and even coma can occur in severe hyponatremia.

A mental status examination in a child with SIADH might indicate confusion, disorientation, or delirium. Tremors, myoclonus, and abnormal deep tendon reflexes might also be evident. Patients with SIADH are usually normotensive.

Diagnostic Workup for SIADH in Children

In addition to the previously-mentioned laboratory tests to confirm the SIADH diagnosis, other supporting laboratory tests are indicated to exclude other causes of hyponatremia. Serum glucose, cortisol, and thyroid-stimulating hormone levels should be checked. For instance, mineralocorticoid deficiency syndromes can cause hyponatremia.

Serum potassium levels should also be checked. Patients with hypokalemia and hyponatremia should undergo an arterial gas test for alkalosis. If metabolic alkalosis is present, the patient should be evaluated for vomiting-induced hyponatremia before confirming the SIADH diagnosis.

Radioimmunoassay for ADH is used for accurate diagnosis of SIADH.

Imaging studies for SIADH are meant to exclude other causes of excessive antidiuretic hormone secretion, i.e., ectopic SIADH. A chest X-ray followed by a computed tomography scan (CT) or a magnetic resonance imaging study (MRI) of the lungs is a reasonable option in a patient suspected of having a lung nodule and is considered at high risk for lung carcinoma. Brain computed tomography scanning and magnetic resonance imaging are helpful for excluding central nervous system tumors, a potential cause of SIADH. 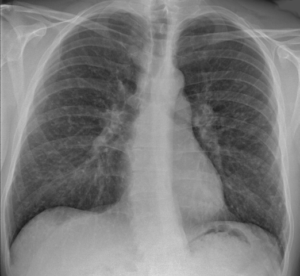 Treatment of SIADH in Children

Treating SIADH in children includes three main interventions. First, restricting fluid intake usually solves SIADH in most patients, which is why it is part of the diagnosis. If that measure fails to correct the serum hypoosmolality, the patient should begin loop diuretics or increase their oral sodium chloride intake.