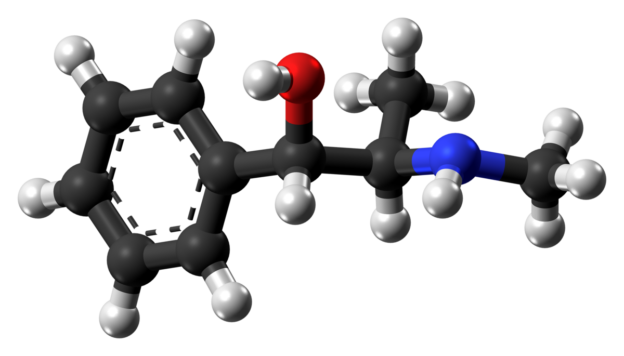 Sympathomimetics are drugs that mimic the action of the stimulators of the sympathetic autonomic nervous system, specifically the adrenoreceptors: α, β or dopamine receptors. They are also known as adrenergic agonists.

Sympathomimetics can be divided based on the type of receptors, for which they have a higher affinity, i.e. their spectrum of action.

For example, epinephrine is both an α and β agonist, whereas phenylephrine is predominantly an α1 agonist. Dopamine, obviously, is a strong dopamine receptor agonist, but it can also activate α and β receptors at certain doses. Thus, a sympathomimetic drug can be a selective agonist; however, no sympathomimetic is 100% selective or specific.

Sympathomimetics can also be classified based on their mechanism of action into direct-, indirect-, and mixed-acting drugs.

Direct-acting drugs are those that directly act on and activate the receptors to produce the desired pharmacological effects, e.g., dobutamine, which acts selectively on the β1 receptors.

Indirect-acting drugs are those that act indirectly to increase the concentration of the endogenous neurotransmitter by causing its release (e.g., amphetamine derivatives) or inhibiting its reuptake (e.g., tricyclic antidepressants).

Mixed-acting drugs employ both mechanisms, e.g., ephedrine, which, in addition to acting on the α and β receptors, causes noradrenaline release.

Difference between epinephrine and norepinephrine

Epinephrine has a profound effect on the heart rate and cardiac output as compared to norepinephrine. Also, norepinephrine doesn’t drastically affect the metabolic effects, such as increased blood sugar and lactic acid levels, as seen with the epinephrine.

Epinephrine and norepinephrine are not active orally; they are given by the intravenous (IV) route in an emergency.

Mechanism of Action of Sympathomimetics

As previously mentioned, sympathomimetics act by stimulating the α, β and/or dopamine receptors, and/or causing the release or inhibiting the reuptake of neurotransmitters.

Brief review of the neurotransmission of adrenergic neurons

Norepinephrine is synthesized from tyrosine and stored in vesicles at the end of the neuron. The calcium influx from an action potential causes the vesicles to fuse with the synapse membrane and release noradrenaline in the synaptic space. It then binds to the adrenoreceptor on the effector cells and produces effects by various mechanisms. The excess norepinephrine not bound to the postsynaptic receptor binds to the alpha2 (α2) presynaptic receptors to decrease its own release. Then, it either diffuses out, is metabolized by COMT, or is taken back up by the presynaptic neuron.

Alpha receptors are further subdivided into α1A, α1B, α1C, and α1D as well as α2A, α2B, and α2C. This differentiation is important as the search for more selective newer drugs continues, and selectivity at the sub-type level helps narrow down the effects of a drug.

Indirect-acting drugs are those that act indirectly to increase the concentration of the endogenous neurotransmitter by causing its release (e.g., amphetamine derivatives and ephedrine) or inhibiting its reuptake (e.g., cocaine and tricyclic antidepressants).

Mixed-acting drugs employ both mechanisms, e.g., ephedrine, which, in addition to acting on the α and β receptors, also causes the release of noradrenaline.

Effects on Various Organ Systems and Clinical Uses of Sympathomimetics

α and β agonists have significant effects on vascular systems. These effects are essential to understand and learn the cardiovascular pharmacology of α and β agonists/sympathomimetics.

Cardiovascular effects of sympathomimetics are summarized in the following table:

Other clinical uses of sympathomimetics

Epinephrine is a mixed-acting agonist. It is the drug of choice for anaphylaxis and cardiac arrest. This is because it antagonizes the effects of many mediators of anaphylaxis. It counteracts hypotension through β1 receptor stimulation and causes bronchial muscle relaxation, thereby relieving bronchospasms through β2 receptor stimulation.

Obviously, drugs that have more selective subtype affinity will have toxicities more related to stimulation of that subtype. For example, β1 agonists will cause tachycardia and arrhythmias, and toxicity of α1 agonists will manifest as hypertension.

Side Effects of Sympathomimetics

Common side effects of α agonists

Common side effects of β agonists