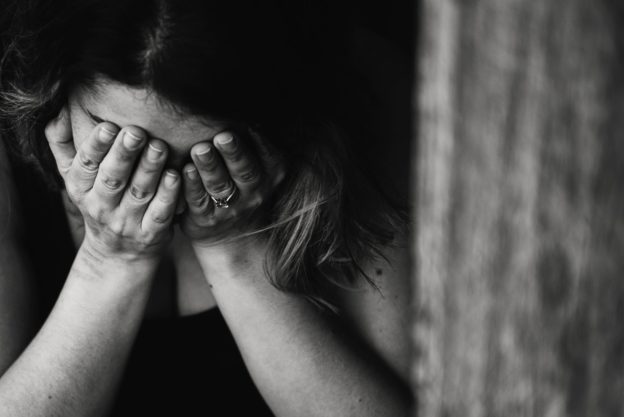 Plastic and cosmetic surgeons are more likely to encounter body dysmorphic disorder, a specific somatic symptom disorder. Conversion disorder, a somatoform disorder that manifests as physical and/or neurological symptoms with no cause, had a prevalence of 15% among patients in psychiatric hospitals. Therefore, specific somatic symptom disorders might be more prevalent among certain groups and populations.

Link between depression and anxiety

The condition has a link to depression and anxiety. Many studies have demonstrated a two-way link between these disorders and somatic symptom disorders.

Some studies indicate that somatic symptom disorders are more prevalent among people with a family history of such disorders. However, the genes involved have not been identified.

Other significant etiologies for these disorders include the patient’s exposure to sexual abuse, verbal abuse, or physical violence at a young age. The physical symptoms are considered a manifestation of the patient’s ongoing mental distress.

Recent advances in understanding the pathophysiology of somatic symptom disorders

Everyone experiences occasional aches and pains that resolve without treatment. A patient with a somatic symptom disorder considers them signs of serious illness. The patient may visit a physician and report a variety of symptoms that appear unrelated and cannot be associated with any physical cause.

Commonly reported symptoms may include:

The patient believes that his or her body parts are defective. There may be an excessive concern with body image and obsession over minor flaws in physical appearance. The patient may perceive flaws where none actually exists. Symptoms associated with this disorder include:

This is also known as hypochondriasis. The patient consistently believes minor symptoms are early warning signs of a serious medical condition. Associated behaviors include:

This condition is diagnosed when people have neurological symptoms with no underlying medical cause. Symptoms of this disorder may include:

Differentiation from a comorbid psychiatric condition

Reason behind the manifestation

In addition to taking the patient’s medical history and conducting a physical examination, the initial visit should involve identifying the reason for the manifestation of a somatic symptom disorder, particularly whether the patient has experienced physical and/or verbal abuse. The physician should also rule out other conditions, such as a history of substance abuse or alcohol addiction.

The two main treatment modalities for somatic symptom disorders are behavioral psychotherapy and pharmacotherapy. Each has its own role, and the physician needs to strike a balance between both strategies for the patient’s benefit.

The clinician must establish a relationship of trust with the patient and reassure him or her that the clinician takes the symptoms seriously.  This will essentially treat the attention-seeking behavior aspect of somatic symptom disorder.

Cognitive-behavioral therapy is recommended over pharmacological therapy for treating somatic symptom disorders. The patient should not be questioned directly about the symptoms since this will affect his or her perception of sharing the information with the clinician. Other psychological therapies, such as relaxation therapy, family therapy, and patient education, have been proven effective.

Antidepressants and other agents

Antidepressants can be effective in treating somatic symptom disorders. There is no clear difference in terms of the type of antidepressant, although some results have shown that tricyclic antidepressants are more effective than SSRIs. Patients may also be prescribed an  SNRI (Serotonin and Noradrenaline Reuptake Inhibitor), atypical antipsychotics, or herbal medications.

In certain cases, such as hypochondriasis or body dysmorphic syndrome, SSRIs have a beneficial effect, especially if the patient reports pain as the predominant symptom. Opioid drugs should be avoided because studies have shown that patients with somatic symptom disorders have a high risk of drug dependence.

Patients with somatic symptom disorders might present to the emergency department with excessive anxiety. Benzodiazepines might be indicated to lower the patient’s anxiety level.

Though methods for preventing somatic symptom disorders are not well established, one important factor is addressing the vulnerability of a patient who has been sexually, physically, or verbally abused. A person who has experienced abuse must be given proper counseling and support. Preventing substance abuse in the early stages, along with helping the patient recognize the need for psychiatric counseling for symptom control, will prevent symptom progression.

Creed F, Barsky A. A systematic review of the epidemiology of somatisation disorder and hypochondriasis. J Psychosom Res. 2004 Apr;56(4):391–408.