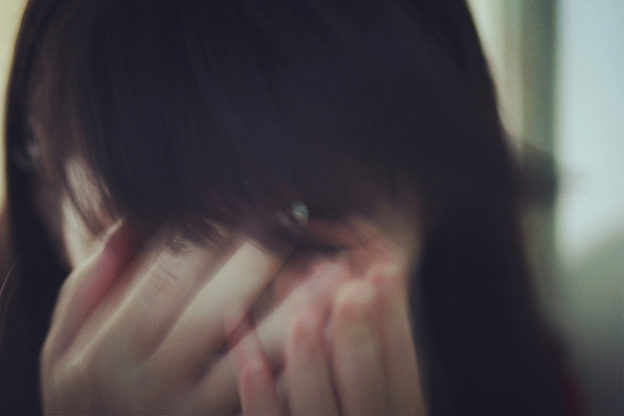 Patients with multiple somatic pains that cannot be explained by a known medical condition or effect of any drug or alcohol. It is characterized by:

The estimated lifetime prevalence of somatic pain disorder in a recent community-based German study was 4.1% in males and 8.2% in females; therefore, the female gender has been recognized as a possible risk factor for chronic pain disorders and other somatization disorders.

The main symptom of somatic pain disorder is that of continuous or recurring chronic pain that can be localized to the head, neck or back; joint or abdomen; or to the breast.

Positive evidence of the role of psychological factors includes the following:

The severity of somatic pain disorder can be classified as mild, moderate or severe based on the following clinical features:

The DSM-IV criteria for the diagnosis of somatic pain disorder consist of the following points.

Patients who meet the above-mentioned criteria are diagnosed with somatic pain disorder which can be further classified into persistent and mild, moderate or severe. Persistent somatic pain disorder is defined as the marked and severe pain for six months or longer without any intervening periods of recovery in between.

Before 2010, the main goal of brain imaging in chronic pain disorders was to answer research-only questions and provide new insights into the role of the cortex in the perception of pain. Recently, novel and targeted therapies for chronic pain syndromes including fibromyalgia have emerged based on the results of brain imaging. Nowadays, it is safe to say that cortical perception of pain in patients with somatic pain disorder is impaired.

The first kind of studies in pain perception was concerned with structural connectivity. Magnetic resonance diffusion tensor imaging studies (MR-DTI) make it possible for the radiologist to visualize the connectome of the cortex and understand how certain brain regions relate to each other. MR-DTI showed impaired structural connectivity patterns in the somatic sensory cortex in patients with somatic pain disorder.

Additionally, NMDA-glutamate receptors were found to be impaired in patients with somatic pain disorder. Based on these results, research has been going on the utility and effectiveness of D-cycloserine (DCS) in the management of chronic pain.

D-cycloserine given systemically or injected locally in the prefrontal cortex has been found to improve pain perception in animal models. These findings are very promising as they can improve our current treatment options for chronic pain in humans.

The treatment of somatic pain disorders has several goals.

Firstly, one should explain the cause and nature of the symptoms and the patient should be assured that these symptoms are not due to any life-threatening condition. For instance, a patient with chronic head pain might be afraid of brain tumors and, once this possibility is excluded, this issue should be directly addressed with the patient.

The third goal of your treatment plan should be treating depression or anxiety disorders. Antidepressants, especially selective serotonin reuptake inhibitors, have shown some efficacy in chronic pain syndromes and fibromyalgia. Amitriptyline was also found to be effective in the management of somatic pain disorders.

Type of therapy that can be used:

Group therapy and family therapy is also essential in the management of somatic pain disorders. Patients should understand that their symptoms, despite being inorganic, are real and are understandable to us. They should be assured that we understand how such symptoms can significantly affect their quality of life.

Novel therapeutic options with transcranial direct current stimulation or transcranial magnetic resonance imaging with neuromodulation of the GABArgic system in the prefrontal cortex are promising. These options are still not clinically approved.