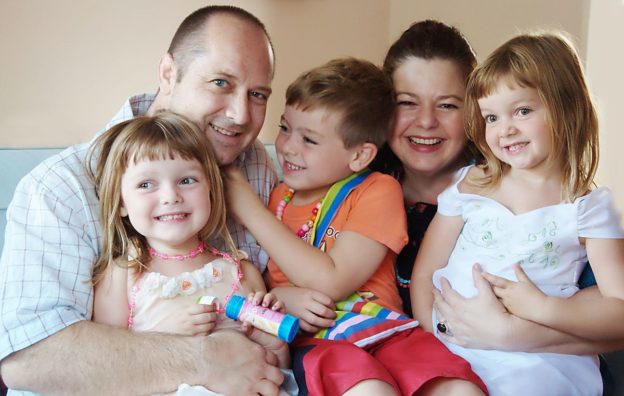 A social institution is a group of individuals who have a common purpose, goals, and set of norms.

A community may be a group of people who live in the same geographic region, but the term also refers to individuals who have common interests and goals. An example of a geographic community is people in a town or city, whose common interest could be their community’s safety and prosperity. An example of a non-geographic community would be those who have common goals, such as the “LGBTQ community,” whose members seek equal rights and opportunities for those who are lesbian, gay, bisexual, transgender, or queer.

These organizations serve a community by fulfilling a need or providing an opportunity to participate in the community. For example, a local social service organization may sponsor projects such as clearing up litter or providing scholarships to needy students. A local club, such as a chess club, may invite participants to learn and enjoy the game. On a national or international level, social institutions include Médecins Sans Frontières (Doctors without Borders).

Education and Schools as a Social Institution

Schools are institutions in the sense that students have come together to learn scientific knowledge, develop skills, acquire values, and develop good habits (such as study habits, self-discipline, and hygiene).  The school as a social institution prepares students to contribute to society and have a productive future. In addition to mastering the curriculum, students are also learning how to interact with others, such as peers and teachers, which involves governing their behavior, conforming to established norms and values, and negotiating outcomes.

Family as a Social Institution

In sociology, the family is considered a social institution. Through parents and other family members, individuals learn to define goals and expectations. The family affects the individual’s habits, beliefs, and values, and helps define what is normal and what is not.

Traditionally, a family is defined as a group of people who are related to an individual by blood, marriage, or adoption. However, it can also refer to other kinds of relationships. For example, members of the wider community may teach values or beliefs that affect an individual’s decisions. The individual may turn to others outside the traditional unit when s/he is under stress or need support.

While families and education influence our goals, expectations, and norms, genetics also play an important role in defining behaviors (including criminal behavior) and the ability to interact socially.

Epigenetics refers to the environment’s effect on our genes.  For example, an epigeneticist may study families who have endured trauma or tremendous stress during their lives to determine whether the second or third generations show signs of anxiety or depression. Surprisingly, anxiety disorders were found to be significantly more common up to the third generation, even when the parents (second generation) reported no major stressful events in their lives.

The main five goals of the family as a social institution are:

Traditionally, reproduction is an important goal of the family as a social institution. Before the introduction of antibiotics, it was very common for children and adolescents to die before reaching adulthood from infectious diseases. Therefore, families had many children to ensure the generation’s survival to become part of a productive society.

Today, families tend to have fewer children because of medical advances and changing societal norms. A larger family simply means more mouths to feed. A family’s integration into society would not be influenced by its size since children are less likely to die from infections.

In this era, society is more aware of potential negative effects on offspring from issues such as divorce or domestic violence. Divorce has become more common in North America and has led to more remarriages and blended families. Domestic violence is reported more frequently than it was in the past, and there is greater awareness of its effect on individual social skills. Violence in the family unit can affect children, spouses, and elders. This does not always mean physical violence; it includes cases of neglect or verbal abuse.

Another difference between earlier families and the ones we have now is that families are more diverse. Diversity in family forms refers to all the various types of families that exist, including traditional, blended, gay/lesbian, and grandparents.

Healthcare institutions monitor public health and provide health facilities to help individuals maintain health, treat and prevent diseases, and handle accidents and injuries. Medicalization is the process by which human conditions and problems come to be defined and treated as medical conditions, including diagnosis, prevention, and treatment.

An individual who is ill enters the role of “sanctioned deviance.” From a functionalist perspective, a sick individual is not a productive member of society. This deviance needs to be policed, which is the role of the medical professional.

Healthcare delivery varies across communities. It is affected by access, socioeconomic status, and age. Social epidemiology examines disparity in health and medicine, based on social factors, and how those disparities affect health. The illness experience refers to the process of being ill and how individuals react to and cope with this change in personal identity.

Religion as a Social Institution

Religion and organized religious rituals and practices can be traced back to ancient times when homo sapiens began forming social institutions. Religion can be considered a reflection of the need to establish norms, values, and morals, as well as the need to belong to a social institution.

On the other hand, strict adherence to religion had led to historical conflicts and feelings of social isolation.  Secularization has emerged for people who see the need to weaken the influence of religion and the church on politics and society. This movement may also result from the education institution since people seek information and answers from scientific sources rather than believing in miracles or religious texts.

Governments are an essential social institution. They are responsible for setting rules and enforcing them to define how individuals integrate into society.  Legal institutions help us by regulating society and preventing crime as they enforce law and policy.

In contrast, an authoritarian society has a single leader or small group of leaders who do not allow public participation in government. The term is often synonymous with dictatorship.

The classical definition of communism is a society in which all property is publicly owned. Each person works and is paid according to his/her abilities and needs. This term is distinct from socialism, where all citizens share equally in economic resources as allocated by a democratically-elected government.

In a monarchy, a single, “royal” family rules the county and has power over the government. One family member is an established figurehead. Today, these entities are rare; those nations which still have royal families are usually known as “constitutional monarchies,” where the monarch remains the official head of state, but other government figures are elected democratically.