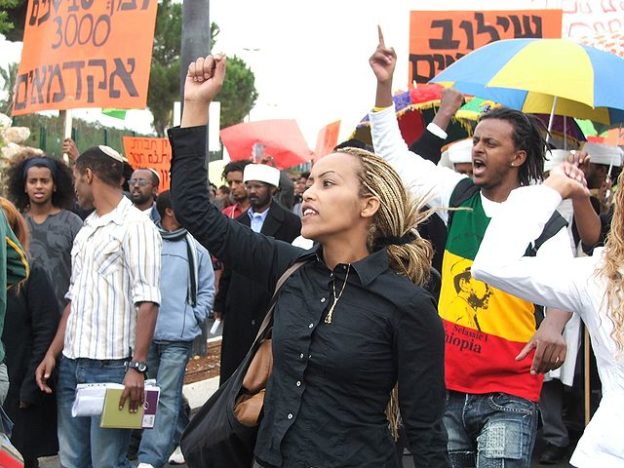 Physical proximity is a simple reason why people spend time with others. People often choose to be friends or partners with those who live close by to them. Proximity enables individuals to get to know each another, and familiarity is linked to liking a person. However, proximity to someone who is disliked initially may lead to increased dislike. Proximity may also change from liking a person to disliking a person. Environmental spoiling occurs when we learn about a person’s bad habits and find that they outweigh good habits and qualities.

Newer research and understanding of proximity indicates that rather than proximity, it is the interaction accessibility that proximity affords that influences attraction.

The extent to which a relationship or interaction is rewarding is another important determinant of attraction.

Similarities in attitudes, interests, and values are an important consideration when people choose their casual acquaintances, friends and best friends.

Physical attractiveness is another factor that influences interpersonal attraction. This does not just apply to romantic relationships but also applies to acquaintances and friendships. Attractive children are more likely to be popular. Attractive adults receive more assistance from people, better job references and higher pay. They rate their encounters to be more pleasant compared to less attractive people.

With romantic relationships, physical attractiveness is an even more important consideration. The matching hypothesis suggests that people choose partners who they perceive to be just as attractive as themselves.

While standards of beauty differ to some extent between cultures and individuals, the differences aren’t that great when it comes to judging physical attractiveness. Nor are views of beauty specific to any culture.

One theory that has been put forward to explain why physical attractiveness has such an influence on interpersonal attraction is related to neuroscience. When eye contact is made with a physically attractive person, it leads to activation of an area in the brain known as the ventral striatum, which is associated with reward.

Other theories indicate that social learning and environment play a more important role in aggression. The frustration-aggression hypothesis is a model that indicates aggression occurs as a result of frustrated desires or needs.

Attachment is important for the development of children. Psychoanalysts have found that children who lived in large institutions with little contact to a loving caregiver experienced emotional instability or mental impairment. Children who have minimal attachment may experience such detrimental effects, now called reactive attachment disorder.

John Bowlby compared attachment to imprinting, which is a behavior observed in animals. Imprinting refers to when a young animal recognizes another animal who they were exposed to early in their lives as one to trust and follow. Konrad Lorenz, who studied imprinting, imprinting provides an evolutionary advantage. Immature animals that stay close to their parents are afforded protection and can learn skills for survival and reproduction.

Altruism is selfless concern about the wellbeing of others involves helping other people with no expectation of gain to oneself. In some cases, it might involve a personal cost. Examples of altruism include being a blood donor, giving money to the poor or it can be as simple as giving someone directions or giving them a smile.

However, for many years philosophers have debated over whether true altruism exists. Many believe in the concept of ethical hedonism, which is the idea that all behavior is intended to increase one’s pleasure or alleviate one’s suffering. Altruistic actions can result in positive emotions. Negative emotions may be dispelled with a selfless act. Such actions can lead to social rewards such as gratification and thanks from others, or even material rewards such as gifts or awards. Helping people may be a way of avoiding the guilt if one was not to help, or to alleviate empathic distress, where individuals feel negative feelings from empathizing with another person in distress.

Alternatively, there are those who believe that genuine altruism exists. The French philosopher Jean-Jacques Rousseau believed that humans possessed natural compassion for other humans. There is some experimental data that supports this idea – that people do, in most cases, opt to help someone who is in distress.

Evolutionary psychologists have proposed another perspective on altruism. They redefine self-interest in terms of reproductive success, and this is expanded to include the reproductive success of related individuals, called inclusive fitness. The evolutionary perspective is that people aim to maximize their inclusive fitness, and so they are more likely to help people who are related to them.

Another significant finding regarding altruism is the bystander effect. Bystander intervention is when an individual helps a stranger who is in distress. However, studies have shown that the presence of others can influence whether a person acts or not. In general, if there are more onlookers in a crisis situation, an individual is less likely to take personal responsibility and act.

Social support refers to the network of social contacts an individual can rely on in times of stress. People can provide emotional support, information, tangible resources or companionship to help an individual deal with a stressor. As such, social support helps reduce stress or the impact of a stressful event.

Social support is used for different types of stressors, from a physical illness such as cancer or stroke to the death of a loved one, discrimination, and many others. In addition to reducing stress, social support is associated with health benefits. For example, students with social support have better immune systems and this may account for a lower incidence of sickness during stressful academic periods. Good social support has also been associated with faster recovery in patients who are suffering from an illness or who have undergone surgery. People with a lack of social support are at increased risk of death from illness and suicide.

A good social support network is more likely to promote happiness, especially if the network is filled with happier people. A social support system provides an avenue to disclose stressful feelings and pent-up thoughts, which may be the reason for its positive effects. Similarly, it is recognized that involvement in support groups for various problems such as alcoholism, drug abuse, and grief, have benefits for an individual’s health.

The quality of social support is important. Too much support may lead to overprotection from stressors, which can result in poorer coping strategies. Also, in some situations, social networks may encourage negative behaviors such as smoking.

Foraging behavior refers to behavior that involves searching for, capturing and eating food. Animals have different methods of searching for food, such as active hunting, sitting and waiting, and browsing.

Animals also employ different ways or tactics of obtaining their food. For example, a cheetah stalks its prey, coming within close range before suddenly overtaking it in a quick high-speed chase. Spotted hyena hunting groups chase their prey and overcome them by superior stamina and by working together.

The first stage of the reproductive cycle in animals is mate selection. This is a process in which an animal of the opposite sex is chosen and a pairing is formed. Mate selection usually occurs in sexually mature animals. However, there are exceptions, such as the pairings that occur among lovebirds who are 2 months old and have juvenile feathers. Likewise, members of the African waxbill species form pairings when the birds are less than 35 days old and are still fed by their parents.

Sex selection is important as well. For most species, sexual identification is based on the identification of features that distinguish a male from a female. However, in some cases, there are only a few features to distinguish between the sexes, which is the case with most pigeon species, with the key difference being behavioral.

Following mate selection, courtship often occurs. During courtship, females are typically coy, prolonging the courtship on purpose to test the male and forcing him to work harder on his advances. Courtship is followed by copulation and rearing of offspring.

Different mating strategies exist. Three of the most common types include random mating, in which case there are no spatial, genetic or behavioral limitations and there is high genetic variability; dissociative mating, in which animals often mate those with disparate traits; and assortative mating, which involves non-random mating of animals with similar genotypes or phenotypes.

Game theory uses mathematical models to make predictions about the behavior of animals with the same interests. An animal requires an overall strategy to achieve success within a game. The strategy includes the goal and a plan to achieve that goal. Animals employ various tactics to achieve their goal.

When tactics are optimal choices, they are called evolutionarily stable strategies (ESS). An ESS is a strategy that cannot be replaced by a new strategy in the population.

The application of game theory requires a number of steps:

Biological explanations of inclusive fitness and altruism in animals

Altruistic behavior is also evident in animals that provide care to young animals who are not their offspring but they are related to. For example, some of the nests of Florida scrub-jays have ‘helpers’ who are siblings of the young and contribute 30% of their food. These altruistic acts may be seen as ‘selfish’ at the gene level, as the copies of helper genes in the relatives’ bodies are benefitted.

Dictionary meaning of discrimination is prejudiced or unjust treatment with different people depending on their age, sex or race.

Discrimination may be based on:

The relationship between prejudice and discrimination

The word prejudice literally means “prejudgment”. As a concept, prejudice refers to the attitude directed toward people based on their membership in a specific social group. This attitude may be positive or negative.

People in positions of power may seek to maintain their status by employing discrimination against certain groups. Those with an authoritarian trait seek to protect themselves, and to do so, strongly identify with their in-group, while discriminating against and looking down upon out-groups.

Furthermore, those with power, or in a higher-class situation, often have the means to discriminate against those who have less power or are in a lower class.

It is against the laws to discriminate on the basis of many factors.