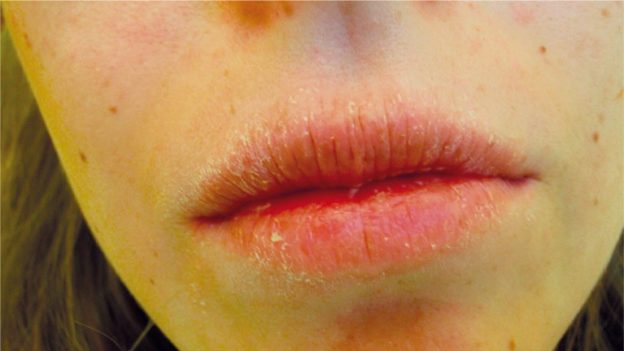 Classification Criteria for the Diagnosis of Sjogren’s Syndrome

Like other rheumatological disorders, Sjogren’s syndrome is a diagnosis that is made after balancing the patient’s presentation and findings with pre-set criteria to make the diagnosis an objective one. There are currently two classification sets of criteria available for clinicians for the diagnosis of Sjogren’s Syndrome.

PLUS at least three of the following minor criteria:

Ocular symptoms which include:

Ocular signs such as:

Oral signs such as:

Positive autoantibodies such as:

Patients who meet the above mentioned diagnostic criteria who do not have other connective tissue disorders are diagnosed with primary Sjogren’s syndrome. Those who have a dry eye or mouth in addition to one more criterion of the above who also have a history of connective tissue disease are diagnosed with secondary Sjogren’s syndrome.

The issue with these diagnostic criteria is that they cannot differentiate between primary and secondary Sjogren’s syndrome.

The estimated prevalence of Sjogren’s syndrome in the general population is around 0.1 to 4%. This high variability in the reported prevalence among different epidemiological studies can be explained by the fact that the AECG diagnostic criteria, which are more commonly used than the American College of Rheumatology Criteria, take into account some subjective symptoms such as eye or mouth dryness.

Patients developing disorders related to Sjögren syndrome have a relatively good prognosis as seen with other closely related disorders such as lymphoma.

Of note is that primary Sjögren syndrome has been associated with a lower risk of cardiovascular events like myocardial infarction and stroke thus better survival rates.

Morbidity from the disease arises from dysfunction of the involved exocrine organs, which are gradually infiltrated with lymphocytes.

Mortality has been associated with other disorders related to the disease such as primary biliary cirrhosis.

The most important risk factors for the development of lymphoma in a patient with Sjogren’s syndrome are tabulated below:

These manifestations are associated with B-cell hyperreactivity, hypergammaglobulinemia, and the formation of immune complexes.

Dryness of the eyes presents with eye redness, itchiness, and pain. Patients might complain of foreign-body sensation. This is often described as a sandy sensation. Symptoms related to mouth dryness include:

The main neurologic manifestations of Sjogren’s syndrome are:

The Schirmer test is performed by applying a bent piece of Whatman number 41 filter paper in the lower conjunctiva. This needs to be done without anesthesia, hence it is expected to be very irritating to the eye. The amount of tearing is recorded.

The following laboratory findings are commonly seen in patients with Sjogren’s syndrome, however, none of them are specific:

Staining is used to confirm the absence of a mucin protective layer in the eyes due to eye dryness. A stain such as rose Bengal, lissamine, or fluorescein is applied to the conjunctiva and cornea. If there is epithelial damage due to dryness, this can be easily visualized with a slit-lamp examination after the application of one of the previously mentioned stains.

Sialography and scintigraphy are helpful in the evaluation of the salivary glands in patients with Sjogren’s syndrome. Sialography is helpful in evaluating the patency of the salivary gland ducts and in excluding strictures, whereas, scintigraphy is useful in the evaluation of the rate of saliva production which is expected to be diminished in Sjogren’s syndrome.

If a biopsy is performed, the following findings confirm the diagnosis of Sjogren’s syndrome:

The presence of more than 1 focus of lymphocytes aggregates per 4 mm2 has a 95% specificity and 81% sensitivity for the diagnosis of Sjogren’s syndrome.

The condition may lead to the development of the following:

Patients with Sjogren’s syndrome receive symptomatic treatment as there is currently no curative treatment for Sjogren’s syndrome. Patients who report skin and vaginal dryness are treated with creams such as Eucerin, and skin lotions. Vaginal estrogen creams might be used in postmenopausal women. Acetaminophen and nonsteroidal anti-inflammatory drugs are helpful in patients complaining of arthritis or joint pain.

Objective measurement of tearing parameters including tear film stability, tear osmolarity, and the degree of ocular surface damage needs to be performed before starting treatment. Patient’s education is essential for the successful treatment of dry eyes in Sjogren’s syndrome.