Signs and Criteria of Brain Death and Organ Donation | Lecturio 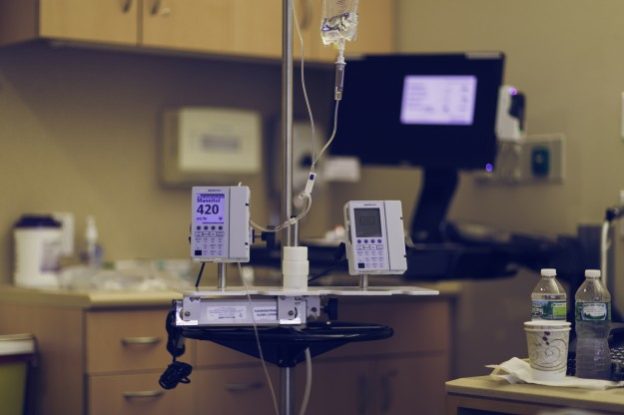 Brain death is defined as the irreversible cessation of the brain and brainstem functions, regardless of their cause.

It is important to understand the physiologic difference between a deep coma and brain death. A deep coma is characterized by the failure of basic reflexes. Patients in a deep coma no longer perceive pain, and their breathing must be performed artificially.

Nevertheless, a coma can also be about disruptions of one or more brain centers. Some areas can be irretrievably ‘dead,’ whereas other areas are mentally alive. Brain death, or rather general brain death, is a coma with a complete failure of the functions of the cerebrum and the cerebellum. If both components fail, the patient is considered to be not conscious or unconsciously alive.

By this definition, particular nerve cells or smaller areas of the brain may be still active, but they cannot bring back the central nervous functioning of the brain.

Examination and Diagnosis of Brain Death

To undeniably identify the diagnosis of brain death in a patient, examination by two experienced physicians is required. To ensure an impartial decision, these physicians are not allowed to be part of the transplantation team. 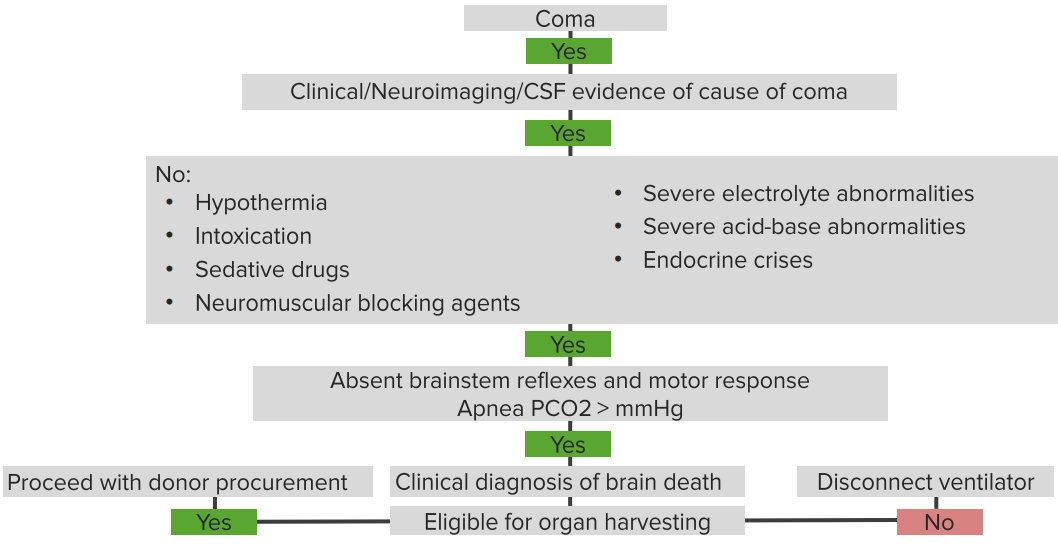 If the patient is pronounced brain dead, there are three possible scenarios: 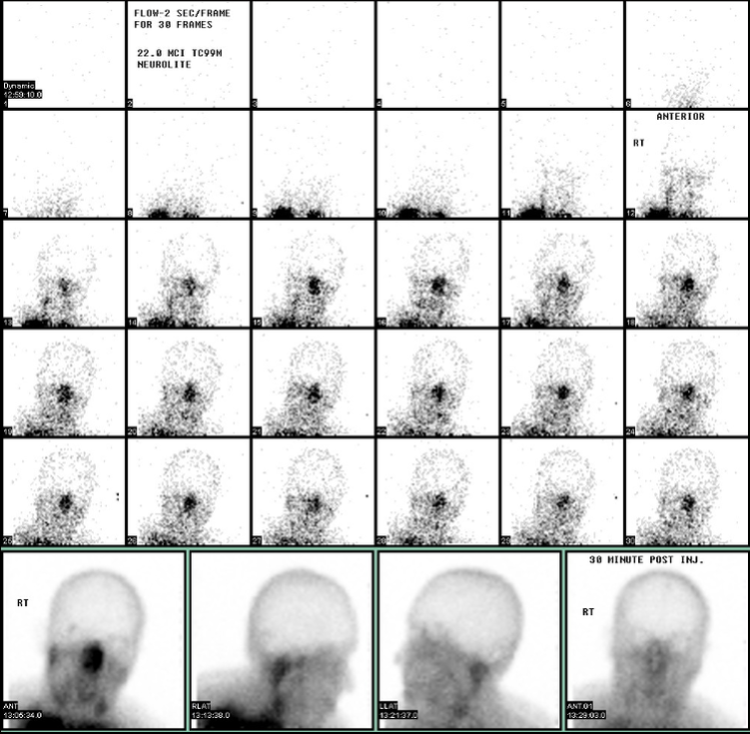 Image: Radionuclide scan of the head with Tc-99m bicisate (Neurolite) shows lack of intracranial blood flow and the ‘hot nose’ sign from the diversion of blood flow to the external carotid arteries. By Jason Robert Young, MD. License: CC BY-SA 4.0.

It is legally necessary to define brain death as a form of death. In order to remove donor organs from a person, the cardiovascular system must still be working; otherwise, within a short time, the liver, kidneys, and spleen can suffer damage because of the shortage of oxygen.

The following conditions may cause death without the heart stopping:

Unfortunately, most accident victims have never made a statement about whether they would like to donate their organs after brain death. This makes the possibility of obtaining organs even more bleak. As the number of people awaiting a new organ increases, the problem continues to grow.

Many people do not completely trust the field of medicine. The idea that they might not be totally dead when the decision is made to harvest organs frightens them. In addition, there is strong opposition to the concept of ‘brain death,’ and the arguments are quite viable. The criticism encompasses religious concerns as well as medical doubts. Subsequently, two basic questions arise:

This is why it is important to understand the brain functions. For the family, observation of the Lazarus sign may be unwelcome. This sign occurs when spinal cord reflexes direct movement to the arms and legs. A sensitive explanation of the processes involved in this sign helps the relatives to understand and accept the irreversibility of brain damage.

In addition, it is possible for central nervous body regulations to continue in patients who are diagnosed as brain dead according to the processes outlined above. The body may sweat and digest, regulate body temperature, and fight viruses. Men diagnosed as brain dead can have an erection. Pregnant women in the brain-dead state are able to bear a stillborn baby, and the birth of healthy children has been documented in more than 10 cases.

It is difficult to accurately diagnose brain death. The Roman Catholic Church, therefore, demands a null-line EEG for 6 hours in order to produce a flawless diagnosis. Procedures such as the null-line EEG, magnetic resonance imaging (MRI), or angiography must be performed to separate out patients with only brainstem damage. The demand for the patient to be under anesthesia during organ removal “for safety” also seems to be reasonable.

It is hard to differentiate where life ends and death begins because there is no clear demarcation. Accepting brain death is especially difficult when someone close to us is affected. In the case of strangers, it may be easier to fathom.

Brain-dead patients whose organs are removed cannot feel pain. Whether they want to be alive in a brain-dead state or whether they would prefer to help someone else with their organs should, therefore, be determined when they are alive.