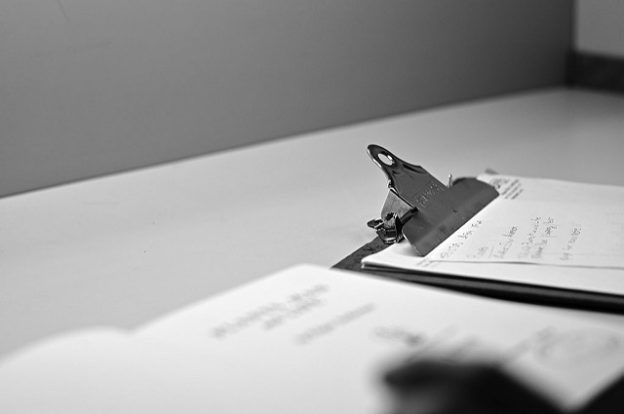 Screening tests/medical surveillance are medical tests or procedures performed on an asymptomatic member of the population to confirm whether a person is at risk for any disease, earlier than diagnosis through its symptoms, to cure it timely. It helps in grabbing a problem at a treatable stage to take preventative measures instead of choosing cures for it.

Screening tests are of major importance when it is used to identify diseases which are fatal and are desired to be cured timely to avoid any dangerous consequences. These tests have resulted due to the evolution of biology which is very helpful in medical treatments.

There are several factors which impact the functioning of screening tests, including:

These tests are not performed on ill individuals; rather, these are performed on those who are healthy for deeper investigation.

It is the function of the screening test which is involved in the correct identification of a healthy individual with a hidden disease. It is also known as a positive fraction. Several routine tests are performed during health exams involving screening tests. 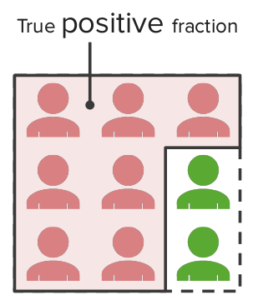 This function of a screening test is used to reject the risk of a disease in a person correctly. It refers to nullifying the probability that a person suffers from a disease which is suspected by the physician at the early stage. 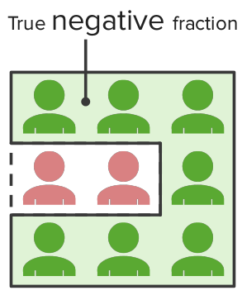 These two functions of a screening test work oppositely.

The two functions are opposite to each other and confirmation of one results in nullification of the other. The given screening results in the context of specificity and sensitivity have shown the total negative and positive results because of the combination of both factors.

In the above table, a, b, c, and d indicate different groups of patients with the following attributes:

Calculation of Sensitivity and Specificity

From the above-given factors, which contribute in the assessment of a disease in an individual, the sensitivity factor can be measured using the given formula:

Likewise, the specificity of the disease in a patient can be calculated using the formula given below:

For a total population to measure the probability of sensitivity and specificity, the following formula is used:

“Sensitivity and specificity: total-population” by Lecturio

This is an inverse relationship between two factors. In case the result is positive, it shows that the hypothesis has nullified and the result is negative. On the other hand, the negative result confirms the negativity of the test leading to positivity of the assumption associated with it.

In case of false positive results, the burden on follow-up tests is on the healthcare unit which initially diagnosed the probability of a calamity; for example, if a newborn is diagnosed with a disease with an initial screening test.

A further false positive result shows a positive factor but actually a negative signal for the existence of the disease in a newborn. There are several reasons for the occurrence of false positive results, such as the evaluation of several levels of different substances in the blood of a patient. Screening helps in finding out the progress level in a newborn that was diagnosed sick during the early stage of life and likewise for other patients.

In this situation, the results of the existence of disease are delayed due to miss-diagnosis, or untimely treatment for a minor problem. It results when it is perceived by a patient that he/she is healthy and there is nothing wrong with their body.

It measures the precision rate to which level there is a probability that the patient is suffering from a disease, in case the test has shown a positive result. The formula used for the calculation of a positive predictive value is shown below:

It measures the extent of probability that a person is disease free. The negative predictive value is calculated by using the following formula:

Relationship between Sensitivity and Specificity

In the case of pregnancy of 10 women, an ultrasound scan has to be conducted to confirm the pregnancy symptoms. In order to find out the probability of a disease, whether the test is positive or negative, the sensitivity of the test will be calculated using the following formula:

It is the ratio which measures the expectations of a test result with the targeted disorder or disease.

Positive likelihood ratio can also be calculated by the following formula:

It can also be calculated by the following formula:

What is the likelihood that a positive test is associated with actually having the disease?