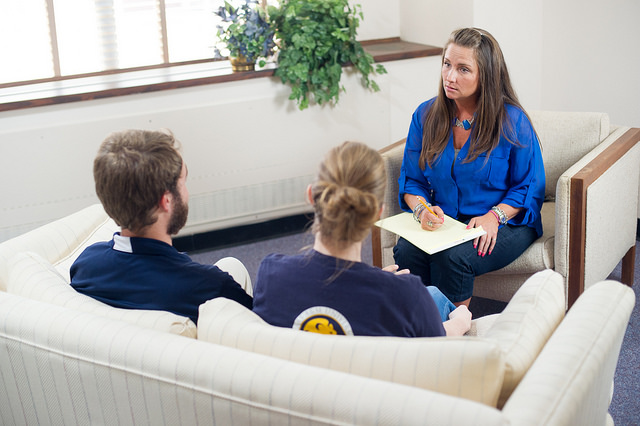 The Role of Gender in the Expression and Detection of Emotion

Studies indicate that there are differences in an individual’s expression and detection of emotion based on his or her gender. In general, women experience emotion at a more intense level than men, and their expression of emotion is more intense and conveyed more openly than men. A study by Kring and Gordon (1998) found that there were differences in autonomic arousal and emotional expression between men and women while they were watching emotional films.

With regard to the detection of emotion, women are able to read emotions better than men, including facial expressions and nonverbal cues.

It is not clear why there are differences in emotional experiences between men and women, but it has been suggested that this may be a reflection of the historical roles of men and women. Historically, men had to compete and fight; therefore, soft emotions were avoided to prevent displaying any weakness. Women traditionally were nurturers and caretakers. As such, they tended to be associated with emotions such as love, warmth, happiness, and sympathy.

Society discourages women from expressing anger or negative emotions, whereas for men it can be an advantage to express anger. Moreover, women practice relationship-oriented speech more positively than men. According to an analysis by Leaper and Ayres (2007), women use more question-based speech, whereas men use more task-oriented, assertive speech. These associations are similar to the evolutionary perspective. It would not have been evolutionarily favorable if men were more emotional when they needed to fight, defend territory, and compete for mates.

Another theory that is used to account for these gender differences may be related to upbringing. Studies have shown that parents tend to discuss feelings more frequently with girls than with boys. Because of this, girls learn how to express their emotions, but boys grow up learning that emotional weaknesses, such as crying and feeling scared, are not “manly.”

The Role of Culture in the Expression and Detection of Emotion

Culture is another important factor that shapes emotional experience. However, there are elements of emotional expression and recognition that are innate. For example, cross-cultural studies have shown that there are six facial expressions that are universal to all cultures: happiness, sadness, fear, anger, surprise, and disgust.

At the same time, there are also differences in emotional expression among cultures. Display rules refer to the norms of a culture or subculture that relate to the appropriateness of emotional expression. For instance, social harmony is a higher priority than the individual in Asian cultures, whereas American and European cultures focus more on individual self-promotion.

Cultural variation also exists with regard to the detection of emotion. Maksumoto and Ekman (1989) found that there were differences in the interpretation of some facial expressions between people from Japan and North America. Although there was a consensus in the detection of facial expressions displaying happiness, sadness, and surprise, there were disagreements when it came to faces showing disgust, anger, and fear.

People from different cultures also differ in how they detect emotion based on the tone of voice used. For example, in a study by Van Bezooijen, Otto, and Heena (1983), individuals from Taiwan were found to be better at recognizing voices with a sad tone compared with Dutch individuals, who were better are detecting happy voices.

Impression management refers to the strategies people use to give desired impressions about themselves, their friends, ideas, or events to audiences. It encompasses a broad set of behaviors deployed to control the presentation of information about oneself. When referring specifically to the control of information to create impressions about the self, it is called self-presentation.

Because impressions influence how others perceive, judge, and treat them, individuals may behave in ways that create certain impressions. These perceptions may also affect how people perceive themselves, contributing to the incentive to create our own impressions.

There are different strategies of impression management that individuals use. These strategies can be broadly categorized as 2 types:

Front-stage Versus Backstage Self

The dramaturgical perspective, conceived by the Canadian-American sociologist Erving Goffman, uses the metaphor of ‘life as a theater’ to map social interactions. The terms front-stage and backstage refer to the manufactured social reality that individuals present to observers. Just as actors control their performances on stage before an audience, individuals make conscious decisions to show certain aspects of the self and conceal other aspects.

Verbal communication occurs between people with language, which can be oral or written. Language is guided by syntactic rules and by rules of conversation. Words may be spoken, signed, or written. Therefore, the verbal mode of communication may involve acoustic, visual, and tactile channels. In addition, verbal communication helps clarify misunderstandings and providing missed information.

Humans are also able to communicate without the use of words with nonverbal communication, which is an important means of sharing information. Nonverbal communication relies on a variety of unspoken cues and signals, including facial expressions, gestures, body language, posture, touch, physical distance, intonation, and nonverbal vocalizations such as sighing.

In addition to social and affective functions, nonverbal communication has an important referential function, such as when you direct someone’s attention to another object or event, for example, by pointing.

Verbal and nonverbal communications coexist with each other and provide a direct effect on people’s perceptions and exchanges.

Chemical signals are those that are relayed by smell and taste, and they are used by many animals. Chemical signals are particularly useful in dark environments, where visual or audible signals are less reliable. A pheromone is a chemical signal that is produced to transmit information within a species. Pheromones may be secreted to attract the opposite sex, raise an alarm, mark a food trail, or trigger other complex behaviors.

Pheromones are molecules that contain carbon chain backbones. These molecules mainly differ in size (molecular weight) and polarity, which determines their function. Airborne pheromones are usually smaller, such as a moth sex attractant. Pheromones that linger in the environment tend to be bigger and more polar, like a scent that serves to mark territory. This is because more energy is required for higher-molecular-weight molecules to evaporate, and polarity enables molecules to stick to one another.

Tactile signals refer to touching as a means of communication. This is especially useful in situations when animals are close together and when light is not available. It is also helpful when noise impedes sounds or might lure predators. However, the need for proximity serves as a limitation, and tactile signals are not useful for distant communication or in the presence of obstacles.

Tactile signals play an important role in affiliative behaviors in mammal groups. In addition to its role in social and emotional interactions, touch is an aspect of aggressive behaviors. Tactile signals also function to convey information about the proximity of environmental features such as food and predators.

Audible signals are effective in dark environments. The distance an audible signal can travel varies depending on the medium and the wavelength of the sound. The ability to make a material vibrate influences how an animal can use vibrations to communicate. For example, an elephant is a very large animal and is able to use the ground as a medium to transmit sound because of its ability to make the soil vibrate. Most animals have special structures in their bodies that they use to make a sound. Some create sound by slapping, drumming, or tapping a resonant substrate.

Visual signals are conveyed very quickly—at the speed of light. The availability of light is necessary for visual signals, which can be transmitted through air and water. However, with water, increasing depth leads to less light availability as water absorbs light. Water also absorbs red, yellow, and orange wavelengths, so these colors are not useful with increased depth.

Visual signals include gestures, facial expressions, body postures, and coloration. There are different types of visual signals among animals, including the following:

Visual signals can be combined, such as when a peacock spreads out its tail to display the vivid pattern and color of its feathers to attract a peahen. Thus, animal signals are used to obtain mates; establish dominance; defend territory; and coordinate social relations, food gathering, protection against predators, and caring for young ones.

4.Crossman, A. (2016). The presentation of self in everyday life. http://sociology.about.com/od/Works/a/Presentation-Of-Self-Everyday-Life.htm

7.Schlenker, B. R., & Pontari, B. A. (2000). The strategic control of information: Impression management and self-presentation in daily life.