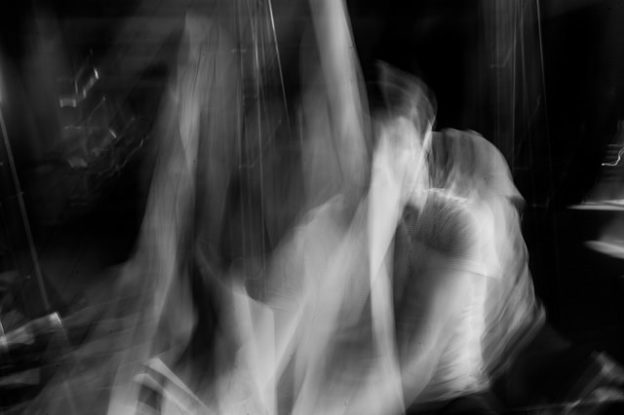 Scientists have found that abnormalities in certain neurotransmitters, such as dopamine, serotonin, and glutamate are related to the pathophysiology of schizophrenia. Imbalances in these neurotransmitters seem to be responsible for the different symptoms of the disorder. We will focus on the most common theory of the pathophysiology of schizophrenia, i.e. the dopaminergic theory.

Dopamine receptor site abnormalities are associated with the symptoms of schizophrenia. The nigrostriatal pathway, which originates in the substantia nigra and ends in the caudate nucleus, is thought to control the extrapyramidal system. The mesolimbic pathway, which is rich in dopamine receptors (D2), is believed to be impaired in patients with schizophrenia. Abnormalities in this pathway might explain the positive symptoms of schizophrenia, which include hallucinations, delusions, and repetitive movements that are difficult to control.

In addition to abnormalities in neurotransmission, patients with schizophrenia also have physical abnormalities of the brain tissue. Volumetric brain magnetic resonance imaging (MRI) studies are used in research-focused approaches to elucidate the pathophysiology of schizophrenia. Volumetric brain MRI showed that patients with schizophrenia have a smaller medial temporal lobe. The medial temporal lobe is related to short-term memory functioning among other cognitive abilities.

A single etiological factor for schizophrenia is yet to be discovered. The currently accepted hypothesis about the etiology of schizophrenia is that the disorder manifests when a subject with genetic susceptibility is exposed to an environmental risk factor.

Genetic predisposition is supported by the following findings that have been published recently:

Environmental stressors are believed to be triggers of schizophrenia rather than true causes of the disorder. The most common stressors are:

The age of onset appears to be earlier in males. Accordingly, the onset of the disorder in males usually happens in their early twenties, whereas women typically experience their first episode in their late twenties or thirties. The incidence of schizophrenia appears to be different in different countries, which could be explained by societal differences. For instance, people who live in countries where discrimination against them might be a challenge are more likely to develop schizophrenia than those who live in a more welcoming environment.

People with schizophrenia, in contrast to popular belief, do not have a split personality. However, they do have a chronic psychotic disorder that affects their thoughts and behavior. The impairments are severe enough to affect the patient’s ability to participate in social events or form meaningful relationships. The symptoms of schizophrenia can be classified into premorbid, positive, negative, and cognitive symptoms.

Premorbid symptoms appear before the onset of the first episode of schizophrenia. They include social withdrawal and some paranoid thoughts. In some people, the first psychotic episode is preceded by no warning symptoms. In that case, the premorbid period is said to be asymptomatic.

The positive symptoms of schizophrenia are easy to identify by the clinician. They include:

The diagnosis of schizophrenia can be established by following the Diagnostic and Statistical Manual of Mental Disorders (DSM-5) criteria for schizophrenia:

Nonpharmacological therapies are at least partially effective in treating the negative and cognitive symptoms of the disorder. They help ensure that patients remain adherent to their medication and the non-adherence report can be lowered from 74% to 37%.

Almost all patients with schizophrenia need an antipsychotic in their treatment regimen along with non-pharmacological therapies.

The American Psychiatric Association recommends a second-generation atypical antipsychotic therapy as the first-line treatment for schizophrenia. The Texas Medication Algorithm Project (TMAP) has provided a six-step approach to treating schizophrenia, which can be summarized in the following points:

First-generation antipsychotics are associated with a higher risk of extrapyramidal symptoms. They include:

Clozapine is the only exception to the safety-rule of second-generation antipsychotics. Clozapine is associated with agranulocytosis and is only considered in later stages of treatment per the TMAP recommendations.