Scabies is an infestation of the skin by the Sarcoptes scabiei mite which presents most commonly with intense pruritus, characteristic linear burrows, and erythematous papules. Direct, human-to-human contact is the largest risk factor for transmission. Diagnosis is most often clinical but can be confirmed by dermatoscopy. Treatment includes permethrin cream for both the patient and close personal contacts (cohabitants and sexual partners) as well as thorough cleaning of bedding and clothing. 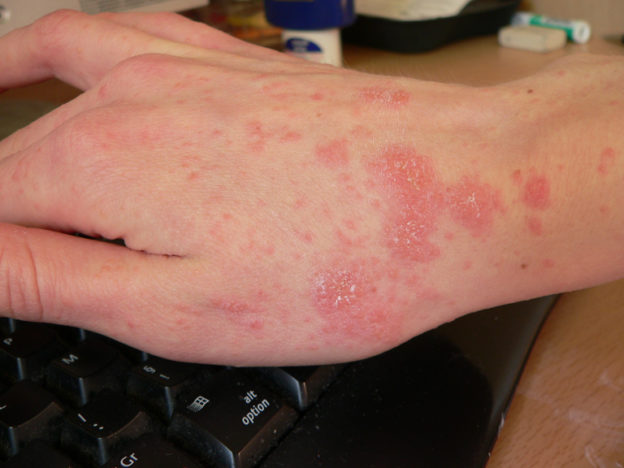 Image : “ScabiesD08” This image shows multiple excoriations and small, erythematous papules all of which cause itchiness.
By Cixia. License: Public Domain 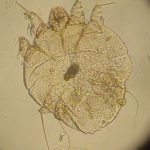 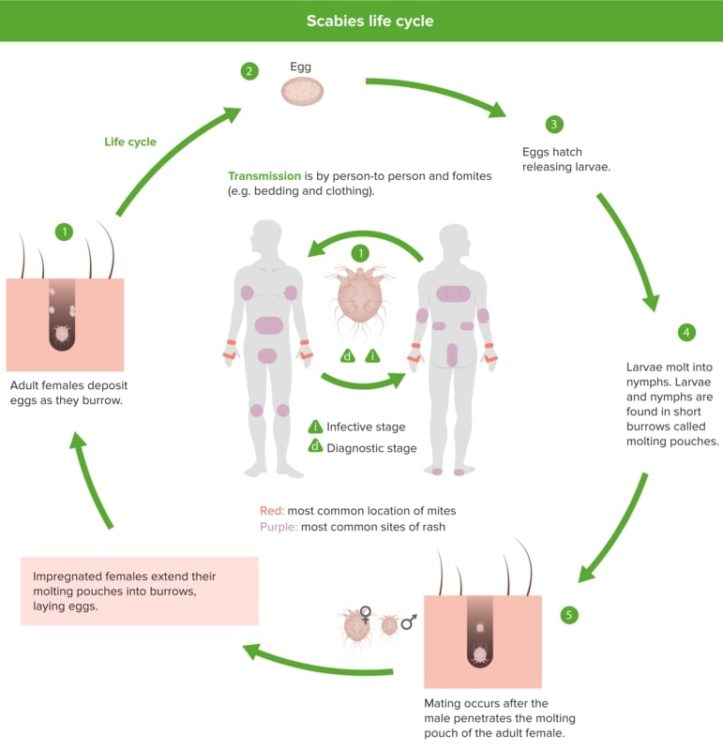 Image: “The 4 stages in the S. scabiei Life Cycle: egg, larva, nymph, and adult.” 1: Females deposit 2 to 3 eggs per day as they burrow under the skin.
2: Eggs are oval, 0.10 to 0.15 mm in length, and hatch in 3 to 4 days.
3: After the eggs hatch, the larvae migrate to the skin surface and burrow into the intact stratum corneum to construct almost invisible, short burrows called molting pouches.
4: The resulting nymphs have 4 pairs of legs.
5: Mating occurs after the active male penetrates the molting pouch of the adult female. By Lecturio. 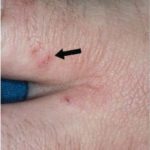 Image: The image above depicts a scabies infestation with visible burrows. By Siegfried EC, Hebert AA. License: CC BY 4.0 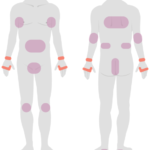 Image: “Distribution of scabies” by Lecturio. 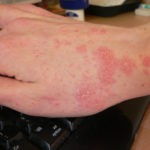 Image : “ScabiesD08” This image shows multiple excoriations and small, erythematous papules all of which cause itchiness. By Cixia. License: Public Domain

Diagnosis is confirmed through the detection of scabies mites, eggs, or fecal pellets (“scybala”) through microscopic examination. However, diagnosis can be clinically based on history and physical exam findings. 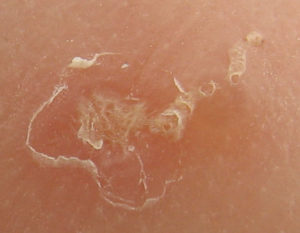 Image: “Close-up photo of a scabies burrow. The large scaly patch at the left is due to scratching. The scabies mite traveled toward the upper right and can be seen at the end of the burrow.” By Michael Geary. License: Public Domain