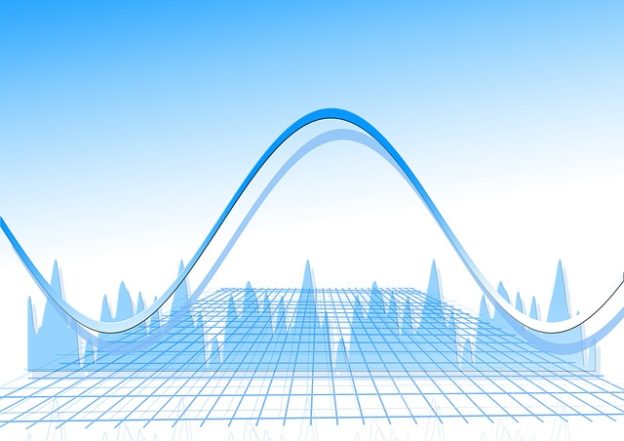 There are two types of sampling distribution, i.e.:

A sampling error is also referred to as an estimation error and is the amount of inaccuracy in the value estimation arising from a portion of a population rather than the entire population. It is the difference between the statistic and the corresponding parameter. This kind of error results when the statistical characteristics are estimated from a single subset or incomplete portion of population instead of the whole population. This kind of error indicates that the sampling results don’t depict average results from the statistics of the whole population; hence, are not reliable.

Cause of Sampling Error

Elimination of the Sampling Error

Example: In case a person measures weight of 1,000 people in a city which has a total population of 50,000. The results which will be generated on the basis of samples chosen for 1,000 individuals will not be helping to conclude the result for the whole population of 50,000 people. It is known as a sampling error.

Sampling variability is the range of values that differs between samples. Samples are chosen on a random basis from a population known as a parameter. Samples chosen from the whole population show random results on the basis of their repeated selection.

Sampling variability refers to the fact that statistical information embedded in each sample varies from sample to sample. It increases with an increase in sample size. It is based on different sets of populations and relates characteristics from which samples are drawn. It is another name for a range indicating a range of different values belonging to different samples from different populations.

Sampling Distribution of a Proportion

In a sample of 200 adults, 160 have smartphones and, if we want to find out the proportion of individuals with a smartphone in a whole population, we need to calculate through the following formula:

The sampling distribution of proportion has the following properties:

Mean (µ ƥ): it is also pronounced as mu sub-p-hat. It indicates the population proportion ƥ.

Standard Error (σ ƥ): It is pronounced as sigma sub-p-hat. It is indicated by.  In the formula of standard error, due to n being the dominator, the error has an inversely proportional relationship with sample size or the number of samples chosen from the specific population and vice versa.

In case the sample size is larger or ƥ is closer to 0.50, it indicates that the distribution of sample proportion is equal to normal distribution.

Example of Sampling distribution of a proportion

In a survey conducted which involves an ACT test each year to find out the proportion of students who like to take help for math skills. If it is assumed on the basis of researches in previous years that 38% of the total students responded with yes to the ACT test, it shows that the population proportion is equal to 0.38. The distribution of the two responses shows a result of Yes = 38% and No = 62%.

In this case, the sample proportion ƥ can be calculated by using the standard error formula.

Due to a large number of students, i.e., 1,000, the population proportion is closer to normal distribution.

The normal distribution, also known as a bell curve, indicates the average results from a population. It gives the appearance of a bell with equally distributed curves on the right and left side as shown below. 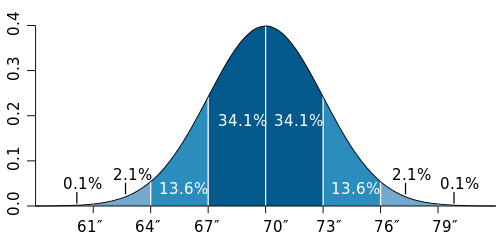 The normal model for proportions has several properties, including:

Elements of normal model for distributions

Conditions for the normal model for distribution

The normal model for distribution should fulfil three mandatory conditions in order to find out mean and standard deviation of sample proportion.

The Independence Assumption: It is mandatory that individuals or samples from a population are independent from each other.

The 10% condition: It is mandatory that the sample size is less than 10% of the total population to which it belongs.

The Success/Failure condition: The binomial approximation condition is applied here to find out success/failure through the approximately normal condition through (1 – Ƥ). To meet this condition, nƥ should be ≥ 10.

In case a survey is conducted in order to find out the role of industrial pollution as a major reason for global warming. If it is believed that 45% of the population of London considers it true and a sample of 100 people is taken, what is the expected probability that 47% of the total respondents of the sample of 100 people will approve this perception?

In order to find out the probability, first of all, the conditions of normal approximation have to be confirmed.

Independence condition: The sample size of 100 people has been chosen randomly; hence, it is considered that they are independent of each other fulfilling this condition.

Hence, it is proved that all conditions have been met, so normal approximation can be used in this case. The mean of a sample is equal to the sample proportion ƥ.

In this case, the mean is:

Once we have the mean and standard deviation of the survey data, we can find out the probability of a sample proportion of 0.47 who consider industrial activities as a major source of global warming in London. Here, the Z score conversion formula will be used to find out the required probability, i.e.:

Putting the values in Z-score formula. The probability of sample proportion of 0.47 is:

Hence, there is 0.3446 probability that 47% of total respondents of a sample of 100 people will approve this perception.

Sampling Distribution of the Mean

The difference between these two averages is the sampling variability in the mean of a whole population. This variability can be resolved through modeling sample averages.

The Fundamental Theorem of Statistics

The law of large numbers

It states that, as the number of trials of an independently random process increases, the percentage difference between the expected and actual values moves towards zero. Also, it can be stated otherwise; an increase in the value of similarly distributed, random variables, results to their sample mean approaching their theoretical mean.

For accurate calculations of CLT, the observations should be collected independently and randomly. For effective measurement of CLT, the following facts have to be considered:

CLT is useful if all three conditions are fulfilled, including:

Independent groups: The sample size selected should be independent of each other and selected randomly.

Independence/Randomization: The sample size n should be large enough i.e. at least 30 samples.

10% Condition: The sample size should not be larger than 10% of the population size from which it has to be selected.

Example: We select 100 apples from an orchard to measure their average weight from a total of 10,000 apples. The average weight of each apple is 0.34 lbs. The standard deviation, in this case, is 0.1lbs. We need to find out the probability that the weight of the sample size of 100 apples is less than 0.32 lbs.

In order to check out the feasibility of the data, firstly, we need to check out whether it meets the conditions or not.

Hence, all conditions are fulfilled; CLT can be used to measure the required probability in this case. In this case:

The variation factor in case of mean is less observed as compared to the individual values. The following points are helpful in understanding variation and means.

The following common issues with sampling distribution should be taken into account: