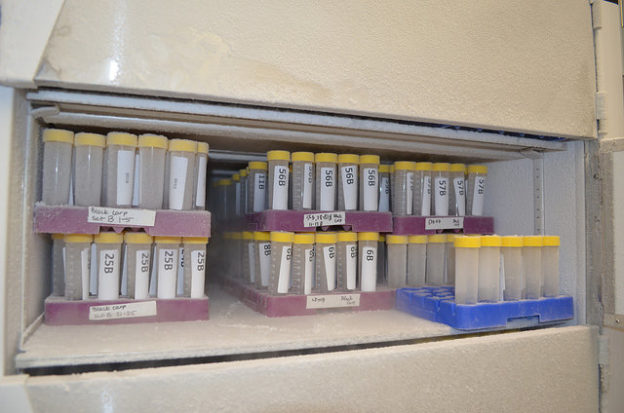 Reproduction allows living beings to transfer biological traits to future generations through the phenomenon of heredity. Hereditary information is transferred from parents to offspring through genes.

The foundation of classical genetics was laid by an Austrian monk, Gregor Mendel. His work on plant hybridization, published in 1866, became the basis of genetics. His experimental conclusions were later referred to as “Mendel’s laws of inheritance.” The era of classical genetics began with the rediscovery of Mendel’s work in 1900 and lasted until Watson and Crick discovered DNA in 1953. These discoveries led to our current understanding of genes and their functions at a molecular level.

Law of segregation: a pair of genes, i.e., alleles, separate from each other during gamete formation. Each gamete carries only one allele.

According to Mendel’s hypothesis, the passing of an allele to the gamete is random, i.e., both alleles have an equal chance of entering any gamete. Moreover, the post-fertilization combination of gametes is also random.

The concept of probability plays a major role in Mendelian genetics due to the randomness of hereditary events. Combinations are mostly one of the following two types:

Mutually exclusive combinations: The occurrence of one event means the other events will not occur, so their probability is zero.

For example, the probability of either allele P (probability y) or allele p (probability z) is y+z, i.e., ½ + ½ = 1. The addition rule cannot be applied to allele P and allele Q of two different genes because both alleles would not be mutually exclusive.

The Punnett square is named for Reginald C. Punnett, who discovered the gene-linkage phenomenon to learn about genetics and problem-solving. By making a Punnett square, all possible random fertilization events and probable genotypes and phenotypes can be viewed. However, applying it to six gene problems and so on can become challenging since it is just a visual representation of possible combinations.

A test cross is used to determine the homozygosity or heterozygosity of an individual, i.e., the unknown genotype. Dihybrid, trihybrid, and other cumbersome test crosses can be solved using the addition and multiplication rules of probability to test cross experiments.

The probability that a homozygous or a heterozygous trait will appear in the next generation can be predicted by applying the addition rule to a monohybrid test cross. In the following example, the dominant combination is (BB) for brown eye color and (bb) for the recessive trait blue eye color. A heterozygous individual will have brown eyes (Bb). The frequency can be calculated as follows: 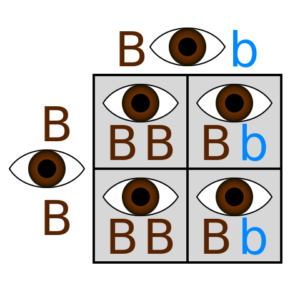 Results: the probability of a homozygote and a heterozygote in the F2 generation if both parents are heterozygous. 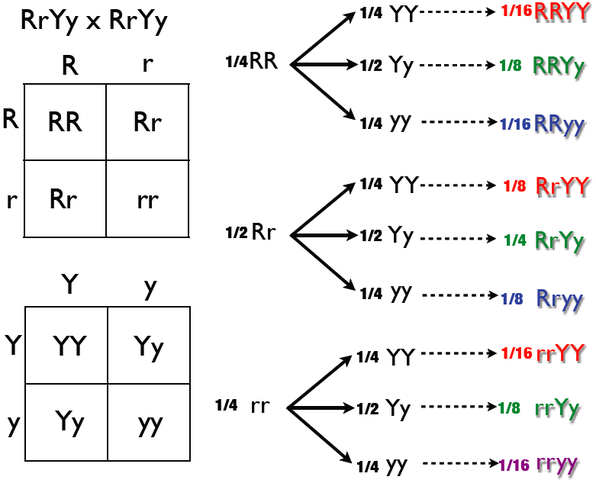 Prediction of an Unknown Genotype Through Test Cross

In the following example, brown is the dominant eye color, while blue is recessive. An individual with an unknown genotype who has brown colored eyes can be crossed with the homozygous recessive individual.

Results can be predicted as follows:

One limitation of Mendel’s laws is that nearly all genes for the traits he studied were localized on different chromosomes or at a significant distance on the same chromosome; hence, the outcomes were predictable. If more pairs of genes are tracked, different and unexpected phenotypes will appear due to the crossover phenomenon.

Examples of such traits include eye color, skin color, or height. The amount of pigment is higher in brown eyes and lower in blue, green, or grey eyes. Such continuously varying traits are represented typically by a bell graph.

At times, a single gene affects more than one phenotype or trait of a person, which is known as pleiotropy. These traits can be unrelated, and the alleles are transmitted in the same way as other non-pleiotropic alleles. 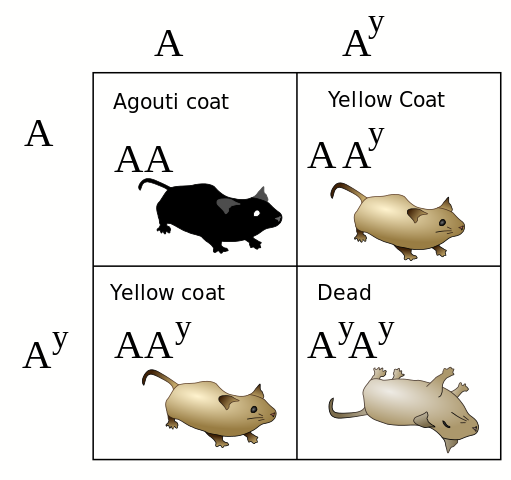 The phenomenon of dominance is applied to diploid individuals, where at least two alleles for the same gene are present. However, dominance is not always complete; at times, both alleles express themselves to give rise to a different phenotype. Internal and environmental factors influence gene expression.

A gene can have more than one copy of an allele, i.e., more than two allelic variants for the same gene. In this case, the phenotype is also different from the one predicted via Mendelism. If multiple alleles are present and different alleles are fully expressed, it is known as co-dominance.

For example, in the case of blood group types, alleles iA and iB for antigen A and B are dominant over recessive allele i0; they are fully expressed in heterozygous individuals with blood group AB.

The following is an example of co-dominance from Roan cattle for the coat color. 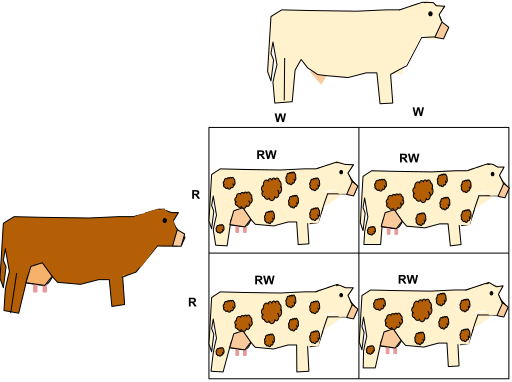 Image: “This diagram shows co-dominance. In this example, a white bull (WW) mates with a red cow (RR), and their offspring exhibit co-dominance expressing both white and red hairs.” by Hhughes15. License: CC BY-SA 4.0

An intermediate phenotype in a heterozygous individual is known as incomplete dominance. It happens when the dominant allele is unable to mask the effect of the recessive allele completely.

Example: Two snapdragon plants are crossed. One plant had red flowers, and the other had white flowers. The offspring generation had pink flowers, i.e., an intermediate phenotype. This is an example of incomplete dominance.

Overdominance occurs when a heterozygote offspring from two homozygote parents has a phenotype beyond the parents’ range.

For example, two homozygous plants with fruit length 10 cm (SS) and 20 cm (ss) are crossed. The next generation is a heterozygote (Ss) with a 30 cm fruit length.

Impact of the environment over phenotypes

At times gene expression changes are a result of changing environmental factors like temperature etc.

Himalayan rabbits have black hair on the tail, ears, nose, and legs. However, the trunk hair is white. The reason for this phenomenon is the temperature-sensitive expression of genes for the tyrosinase enzyme. Himalayan rabbits are homozygous for a mutant form of tyrosinase enzyme; it is responsible for the production of melanin pigment, which gives a darker color to the hair.

This enzyme only works when the environmental temperature is below 33° C (91.4.F). The trunk region stores a fair amount of heat, so the hair on the trunk appears light. Siamese cats appear lighter in summers and darker in winters for the same reason; they have the same temperature-sensitive version of the tyrosinase enzyme.

Epistasis is defined as the interaction of genes at different loci. The expression of one gene depends on the presence of a specific genotype on other loci. It is also responsible for the complete suppression of a mutant phenotype in some cases.

For example, the homozygous parent generation of white flowers, where two alleles are responsible for flower color, is cross-fertilized to produce purple flowers in the F1 generation. Further crossing produces both white and purple flowers in the F2 generation. Hence, epistasis can change the expected phenotypic ratios. The appearance of the purple color in the F1 generation is due to the interdependence of enzymes as a result of the epistatic phenomenon.

Modern Genetics is Beyond Mendelism