Random sampling refers to an unpredictable selection of samples where each unit of value in a data set has an equal probability or a chance of selection. No set prediction can define which sample will be chosen exactly. Its selection has to be simple and fair, and every sample should be given equality of selection.

In a random sample, the outcomes of a few separate draws are independent of each other, and do not impact on the selection of other samples. Random sampling is a hard technique to follow unless performed through specific software, such as R, Excel or SAS.

Example: Each unit or member of a data set is assigned a specific number which helps in the selection of numbers randomly. Suppose 150 members are taken as a population for the lottery of a vacation ticket in a corporate office; 10 tickets are available and the lottery method has to be used. The lottery method is the way to choose any number out of the 150 employee names written on paper and accumulated in a big box, and now the box will be rotated to mix the papers well and randomly 10 papers will be chosen. In this method, each of the 150 employees has an equal chance of selection. 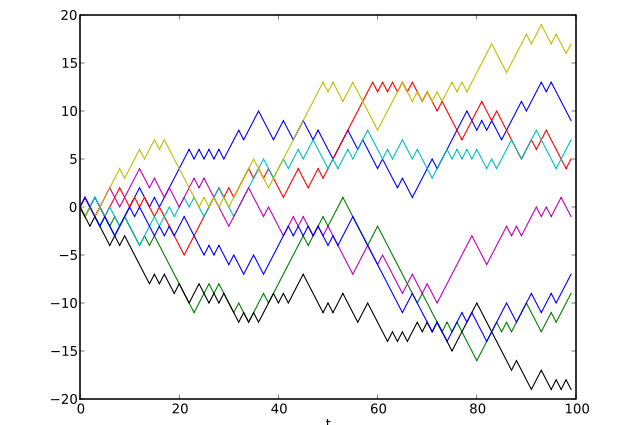 The sample surveys are conducted to get an insight into a small group of people on average and consider that it will serve as information about the whole population.

Probability sampling is based on the fact that every member of a population has a known and equal chance of being selected. For example, if you had a population of 100 people, each person would have odds of 1 out of 100 of being chosen. With non-probability sampling, those odds are not equal. For example, a person might have a better chance of being chosen if they live close to the researcher or have access to a computer.

Probability sampling gives you the best chance to create a sample that is truly representative of the population.

Some of the common types of sampling include:

Random sampling refers to an unpredictable selection of sample where each unit of value in a data set has an equal probability or a chance of selection. No set prediction can define which sample will be chosen exactly. Simple random sampling is a completely random method of selecting subjects. These can include assigning numbers to all subjects and then using a random number generator to choose random numbers.

Classic ball and urn experiments are other examples of this process (assuming the balls are sufficiently mixed). The members whose numbers are chosen are included in the sample.

Consider selecting a sample of size n. If this sample is drawn so that every possible sample of size n has the same chance of being selected, it is said to be a simple random sample (SRS).

Example: Suppose we have a piece of land and we want to estimate the volume of timber or the number of woodpecker nests on the piece of land. A census might be too costly. One simple way to take a sample might be to divide the area into equal-sized blocks.

The blocks should be small enough to survey reliably. Suppose the area is divided into 36 blocks and we’ve decided to survey a sample of 9 blocks. To select an SRS, label the blocks in any order. Go to the random number table and select a row at random” to generate the sample. For example, suppose we choose row 7:

Starting at row 7, select an SRS of 9 plots, and mark them on the drawn blocks.

In an SRS, every combination of 9 blocks has the same probability of being selected. Selecting an SRS does not guarantee that the particular sample selected is perfectly representative of the population.

It is not the sample you select which is unbiased; it’s the procedure by which the sample is selected which is unbiased. If we were selecting an SRS from an alphabetical list of 36people, we probably wouldn’t worry that the names weren’t evenly distributed through the list, since we have no reason to believe that the variable being measured (e.g.: their opinion on some issue) is associated with their position on the list.

A sampling frame is the list of units, members or individuals from which a population has to be selected. The simplest way to select a sample to generate results for the whole population is through simple random sampling (SRS).

Samples which are selected randomly differ from the other samples. Each newly drawn sample has a different value of variables. The difference between samples is termed as sample variability. Sample variability is a normal part of the sampling technique; it does not infer that the sample does not represent the entire population.

Example: Suppose a team of researchers has researched the demographics of students from within a High School in London. They found the percentage of different subjects as follow: 16% major in accounting, 38% major in English, 14% major in science and 32% major in mathematics. The division of the population has shown four strata representing different groups.

A cluster sampling technique is used in order to take samples for a large number of the population divided in different clusters. Researchers have to search and select a number of clusters to be included in a sample from the whole population. This technique is helpful in marketing researches. Different clusters are selected for the sampling of different groups in a population. A “one stage” cluster design refers to taking samples from different groups.

Example: The most common cluster used in research is a geographical cluster. For example, a researcher wants to survey academic performance of high school students in Spain.

Multi-stage sampling is a type of cluster sampling in which the population is first divided into different groups for selection samples. In this kind of sampling, all clusters are not taken to choose samples. Samples from randomly taken clusters are chosen for analysis of data to generate results from the whole population.

Systematic sampling is a type of probability sampling method where a large population is filtered for a selection of sample members. The members are selected from a random starting point at a fixed periodic interval. The fixed periodic interval is known as a sampling interval. One sample interval can be calculated by dividing the total population from the number of clusters or groups.

Each probability sampling method has its own unique advantages and disadvantages.

In order to achieve reliability and validity in a survey, careful measures and proper consideration is required. If a researcher wants to conduct a research through surveys, high-quality data is required to generate the required results.

The high-quality data requirements include respondent effort requested, data collection method, order, structure and format of data collection questionnaires and forms and accuracy of elicited information, along with many other things.

Population specification error occurs when the researcher does not understand who she should survey.

Sample frame error happens when the selection is done in a wrong or inappropriate sub-population.

Selection error happens when respondents choose their own selection during a research study. It means respondents who are not willing to be a party of study or survey try to avoid it. It gives rise to selection error and can be mitigated by taking follow-ups and chasing respondents for the desired response.

Sampling errors: the variation in the number of samples is the reason for sampling error. It can be mitigated by:

A biased sampling method represents some kind of favored or discriminated outcomes. Sampling bias is a systematic bias, or known as ascertainment bias.

Example: Due to the emerging requirements of marketing in the corporate sector, telephone sampling is very common these days. A simple random sample can be selected from a long sampling list or frame consisting of telephone numbers of various prospective customers in a city, district or specific area. It is considered that all members of a specific city or community have an equal chance of selection in telephone sampling which is not correct here.

Those who don’t have phones are excluded here. It also misses members or customers who don’t have mobile phones. It also excludes those who are not intended to be a part of research survey, or don’t respond to telephone calls or respond through answering machines. This way, there are several respondents missing from a survey which is assumed to be taken or conducted by providing an equal chance or selection to the whole customer population in an area.

Sometimes, in survey sampling, individuals chosen for the sample are unwilling or unable to participate in the survey. A non-response bias is a bias that results when respondents differ in meaningful ways from non-respondents. Non-response is often the problem with mail surveys, where the response rate can be very low.

The tendency or inclination of a person towards answering survey questions in a misleading or untruthful way is known as response bias. Suppose a person is very influenced by his own perception or attitude from his past experience or stereotypical behavior of society. It creates a problem in the effective research purpose as the researcher may not be aware that the respondent did not answer in an unbiased way.

Biased Sampling and Extrapolation. via ma.utexas.edu

Validity and Reliability in Surveys. via relevantinsights.com