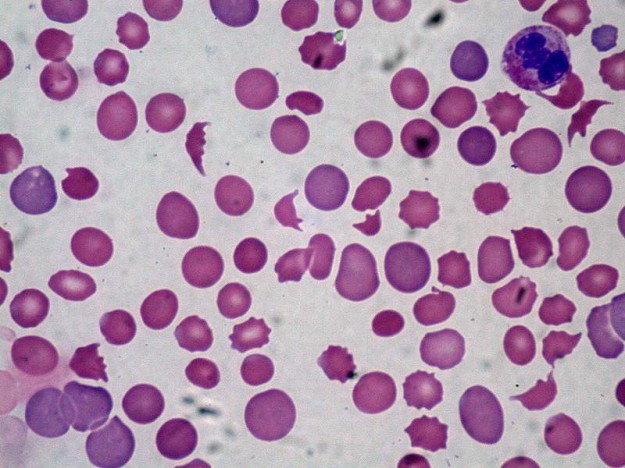 The pyruvate kinase (PK) defect is more commonly inherited in an autosomal recessive pattern, even though both autosomal dominant and recessive forms of inheritance have been observed. Due to decreased ATP synthesis, the erythrocytes lose their physiological flexibility and become rigid. It is the second most common cause of enzyme-deficient hemolytic anemia, following glucose-6-phosphate dehydrogenase deficiency.

PK is the last enzyme in glycolysis. PK deficiency is caused by gene mutations that decrease its activity. 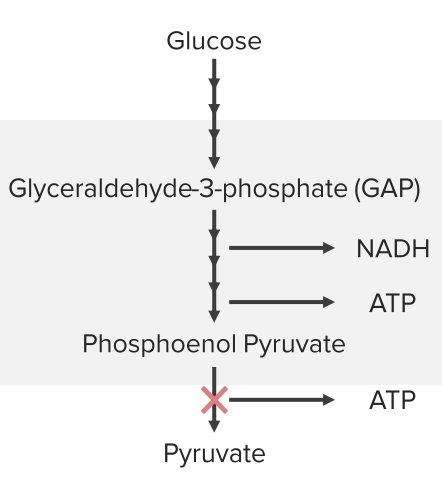 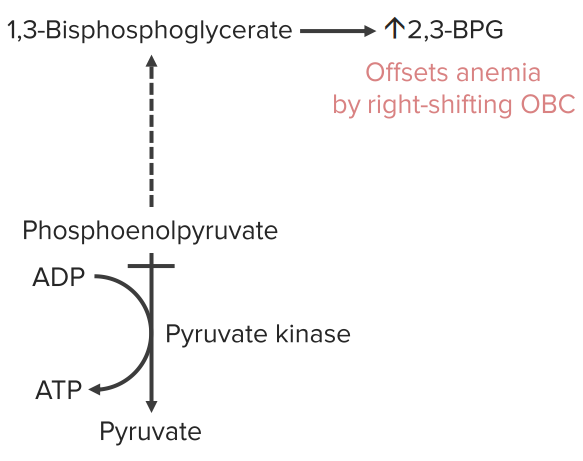 The RBCs use only glycolysis to generate energy due to the absence of mitochondria. In PK deficiency, therefore, there is limited ATP or NADH production. ATP deficiency affects the NA+/K+ ATPase, leading to osmotic instability and deformed RBCs that are cleared in the spleen (extravascular hemolysis).

NADH deficiency decreases the reducing power required to convert methemoglobin (Hb-Fe3+) to hemoglobin (Fe2+). Because of the distal block, 2,3-BPG levels are increased. The 2,3-BPG binds to hemoglobin and alters its confirmation via allosteric inhibition, shifting the oxygen saturation curve to the right.

Defects associated with PK are usually diagnosed in childhood as chronic hemolytic anemia. The serum methemoglobin is elevated. Although PK deficiency is most common in glycolysis, it is still a very rare disease.

Splenectomy provides only symptom relief. No definitive cure is available.