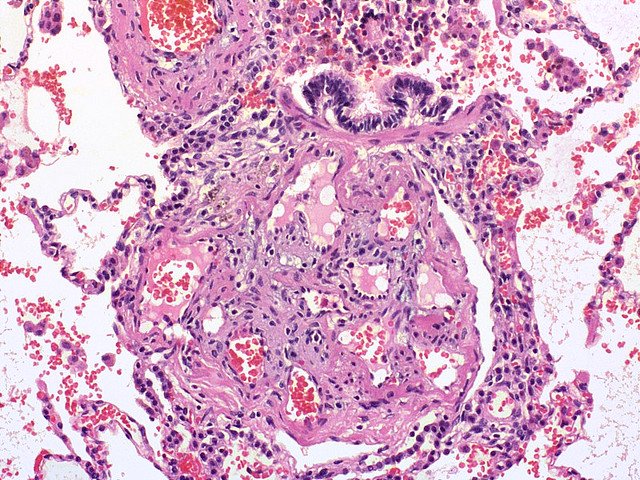 Pulmonary Hypertension is classified as:

It is defined as pulmonary hypertension in the absence of underlying diseases of the lungs or the heart. It is an extremely rare condition, with an estimated incidence of two cases per million. It develops most commonly in women in their fourth or fifth decades (middle-aged women).

Hypoxemia of is the main pathophysiological trigger that results in pulmonary arterial vasoconstriction which leads to pulmonary hypertension.

Associated with other active conditions:

Key feature: Elevation of PA pressure with documentation of pulmonary arterial obstruction for  over 3 months

Key feature: elevation in PAP in association with a systemic disease where a causal relationship is not clearly understood.

The hemodynamic factors that contribute to pulmonary artery pressure can be described using Ohm’s Law:

Conditions associated with occlusive vasculopathy of the small pulmonary arteries and arterioles:

Conditions that decrease the area of the pulmonary vascular bed:

Causes of increased flow through the pulmonary vasculature

Several factors affect the ability of the right ventricle to overcome the increase in vascular resistance, such as:

Age: The older the patient, the less ability of the heart to adopt the increased vascular resistance.

The rapidity of the development of pulmonary hypertension: Acute pulmonary embolism can increase the load on the right ventricle and lead to right heart failure and shock. Chronic pulmonary thromboembolism of the same severity may result only in mild symptoms, such as exercise intolerance!

Chronic hypoxia can cause vasoconstriction of pulmonary vasculatures by a variety of partially reversible mechanisms:

Signs and symptoms of pulmonary hypertension are non-specific, therefore it is difficult to recognize the condition, especially if it is obscured by the manifestations of the underlying cause.

The most prominent feature of pulmonary hypertension is dyspnea that initially on exertion but later occurs also at rest. There are several causes for the dyspnea:

The patient may present with dull, retrosternal chest pain (i.e. angina) due to increased oxygen demand and myocardial hypoperfusion that is caused by hypertrophy and the increased stress on the right ventricle. Exertional syncope due to an inability of increased cardiac output with activity or exercise. Anorexia, nausea, vomiting and right hypochondrial abdominal pain due to hepatic congestion cause by right side heart failure. 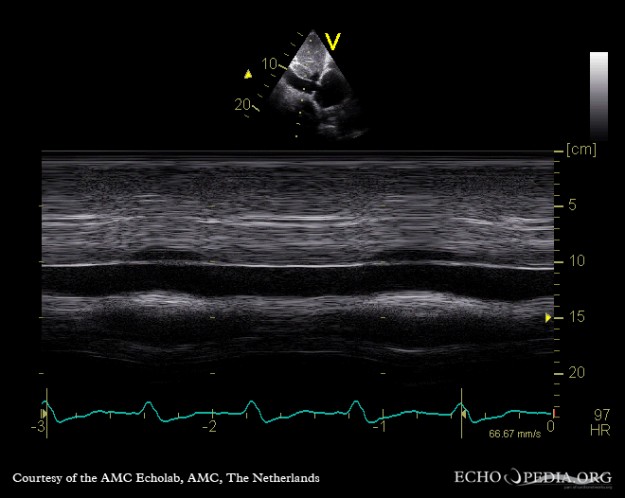 It may show right ventricular hypertrophy with axis deviation. 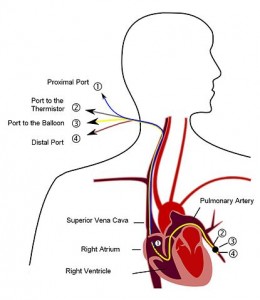 It is used for confirming the diagnosis and the accurate assessment of pulmonary artery pressure, cardiac output, and left ventricle filling pressure as and any underlying cardiac shunt.

They can reveal the underlying obstructive airway disease. (Note that high-resolution chest computed tomography (CT) is preferred to identify the restrictive lung diseases). They may show reduced vital capacity.

Early pulmonary hypertension should be differentiated from other causes of exertional dyspnea, which is the most common initial symptom.

Early detection and treatment of the underlying cause may reverse the condition because the advanced disease is less responsive to the treatment.

Inhaled nitric oxide is a natural vasodilator that is effective in lowering the pulmonary artery pressure in patients with category 1 pulmonary hypertension, and critically ill patients.

Digoxin is effective in patients with right  ventricular failure from pulmonary hypertension:

There is no satisfactory treatment for primary pulmonary hypertension. And the prognosis is generally poor. The supportive measure is the following:

Lifestyle changes: It includes exercise like bike riding or swimming, which appears to be beneficial for patients with pulmonary hypertension. Weight lifting and climbing upstairs (isometric activities) should be avoided because they can lead to syncope. Pregnancy should not be allowed as it may worsen the disease leading to mortality of mother or the child.

Oxygen supplementation if patient is hypoxemic at rest.

Diuretics: Patients with advanced primary pulmonary hypertension can have increased left ventricular filling pressure that contributes to the symptoms of dyspnea and orthopnea, therefore, diuretics improve dyspnea. Diuretics are also the first choice for right ventricular failure. If necessary, fluid can also be removed by dialysis or ultrafiltration.

Lung transplantation is considered for patients who continue experiencing manifestations of right heart failure while on intravenous prostacyclin. Acceptable results have been achieved with heart-lung, bilateral lung, and single-lung transplantation.

The natural course of idiopathic pulmonary arterial hypertension is uncertain, and the disease is usually diagnosed late after changes become partially reversible. Before the current therapies, the mean survival rate was two to three years once the disease is diagnosed. The main cause of death is right ventricular failure.