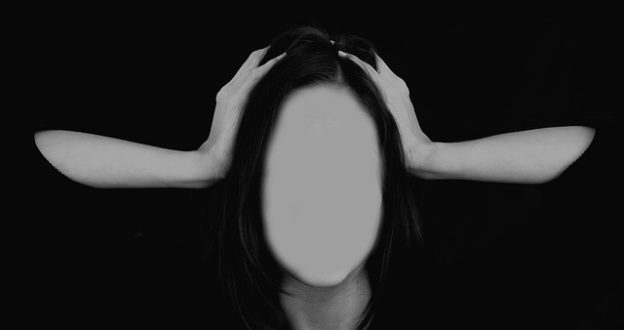 Psychosis is a symptom in which an individual loses contact with reality. Psychosis often involves hallucinations which are abnormal perceptions, delusions which are unusual belief systems and thought disorder in which there is a disturbance in the thought processes often noted with abnormal speech.

Due to impairment in thoughts, perception, and judgment, an individual has difficulty in differentiating real-world experiences from those that are not based on fact. These symptoms very often have an impact on a person’s emotional and behavioral responses. It is a common disorder in society affecting 8 % of the population. It commonly affects teenagers around the age of 20.

Psychotic symptoms can be seen in a range of disorders such as:

Delusions are unshakable false beliefs held by an individual despite being presented with rational and logical arguments and evidence to support the contrary. These beliefs are not shared by the people of the same cultural and religious background and cannot be accounted for by the individual’s level of intelligence. Their beliefs are difficult to understand for others.
An individual can experience a wide variety of delusional experiences influenced by their personal, social, cultural and emotional background.

This is the most common type of delusion. The individual believes that he is going to be harmed by a living or non-living thing, another person, group, organization or some force or power despite there being no evidence to support such belief. Occasionally the individual experiences the delusions without actually knowing who/what is going to harm him. Injury can be either physical injury or damage to his reputation. These delusions affect elderly people more and are known as paraphrenia. Delusions of persecution are seen in schizophrenia.

Example: My office colleagues are ganging up against me as I am better than them; they want to belittle me in front of my boss.

The individual believes that he or she is very famous, rich, talented (e.g. performing artist, scientist, inventor), is related to prominent people, etc. Delusions of grandeur are seen in mania and schizophrenia.

The individual believes that he is a bad person and has done something terribly wrong for which he deserves to be punished. These delusions usually start off by the individual being overly critical of himself and by feelings of self-reproach. The patient feels unworthy of himself. Usually seen in depressed patients and can lead to suicide or homicide.

Example: It is because of me that my dad is ill.

The individual misrepresents harmless, non-suspicious events or mere coincidences as being strongly applicable to him. He takes the double meaning of everything spoken to him. Circumstances appear to him as mediated to examine him.

Example: an individual believes that the news being read out on TV is directly referencing him, music being played on the radio is played for him, and car number plates have a coded message for him.

Patient is preoccupied with his body and health and makes false perception of his body.
Example: His nose is too large; his teeth are misshapen, etc. even though they are fine. Hypochondriacal delusions are a sub-type of somatic delusions where the individual believes to be suffering from a serious illness despite there being no evidence of the same through medical examination and investigations

Example: I have incurable bowel cancer.

The individual believes that his or her spouse is being unfaithful based on inconspicuous bits of information. It is seen in alcohol-dependent, schizophrenic and in suspicious/possessive personality individuals.

Example: my wife is having an affair with my best friend as I have noticed that her clothes are wrinkled.

The individual believes that he is God, a saint, an angel or has spiritual powers or that he is born for a divine purpose.

Erotomania or delusions of love

Patient believes that the other person is in love with him/her. These delusions may lead to stalking behavior disturbing another person. Erotomania is usually seen in schizophrenia and organic psychoses.

Example: I am positively certain that Angelina Jolie loves me.

The individual believes that a major catastrophe is bound to occur, or that part or whole of his body does not exist. He cannot see himself in the mirror imaging his distortions. It is seen in major depression with psychosis.

Example: I am dead, I don’t have lungs.

These are bizarre delusions that have no logic or common sense.

Example: A woman daily gives birth to 100 babies, a patient is changing into a different animal or inanimate object every day, the building is melting, a supernatural force has removed all the internal organs of the patient and replaced them with someone else’s internal organs without any visible cuts or scars, etc.

The individual clearly remembers events which did not occur.

Example: he describes an event of being abducted by aliens; he was transported to earth on a golden star, etc.

The individual believes that his thoughts are not his own, rather the thoughts are forcibly inserted into his mind by an outside force.

The individual believes that his thoughts are actually extracted from his head by an outside force.

The individual believes that his mind is open and thoughts can enter and leave and they can be picked up or heard by others.

The individual believes that his actions are being controlled by an outside force/agent.

Example: The individual feels that he is a zombie and his actions are controlled by someone else’s will power or whatever he is writing is not his own.

Hallucinations are deceptions in perceptions that occur in the absence of an external stimulus. This perception cannot be experienced by other persons. They have the quality of normal perception and the individual perceives them vividly and clearly. They cannot be controlled voluntarily.

The most common type of hallucinations, usually seen in schizophrenia. The voices heard can be complimentary, critical or neutral and can be displayed in the patient’s actions and behaviors. They can be subclassified as:

He may localize the voice to come from a place outside the normal perception area (e.g. voice is speaking to him from China). The voices can command the individual to carry out an action, or they could be just in the background like a running commentary. The voices usually occur spontaneously.

Sometimes an additional external stimulus is required for the voices to be heard. These are called functional auditory hallucinations. For example, the individual hears voices when the tap is turned on, hearing the running water is necessary for the auditory hallucination to occur. Both the voices and the noise of running water can be heard distinctly and separately.

In certain religions, hallucinations may be part of a religious/spiritual experience.

Auditory hallucinations in schizophrenia can be induced by the activation of the subcortical nuclei, primary auditory cortex, and limbic structures.

Visual hallucination happens with the activation of the ventral visual pathway of the brain in specific regions.

This depends on the inattention of the individual for their completion. It is based on the human tendency to complete a familiar unfinished product.

Example: we frequently overlook the spelling mistakes in a newspaper as we tend to read them as if the words were correctly written, but once we are aware of the misspellings, our perception is altered. It disappears with attention to the subject matter.

The perceptions of everyday objects change depending on the mood that is prevailing at that specific time.

Example: A child frightened of the dark wakes up in dim light and mistakes a rope for a snake. This is short lasting and disappears when the fear is dissipated by explanation and by properly noticing that the object was indeed a rope. In other words, this illusion is banished by attention.

The individual is able to perceive a meaningful shape out of a random image.

Example: He may see shapes in clouds; he may see a particular shape in the pattern of tiles or windows/doors of a house (like that of a face).

The shephard tone is an example of auditory illusion where the listener hears the pitch of the sound to increase and decrease whereas, in reality, the pitch is constant.

Phantom limb is an example for tactile illusion, where the amputee whose hand has been amputated will still feel that the hand is attached to his arm, will feel sensations in the hand and can even feel that his hand is moving even though it is absent.