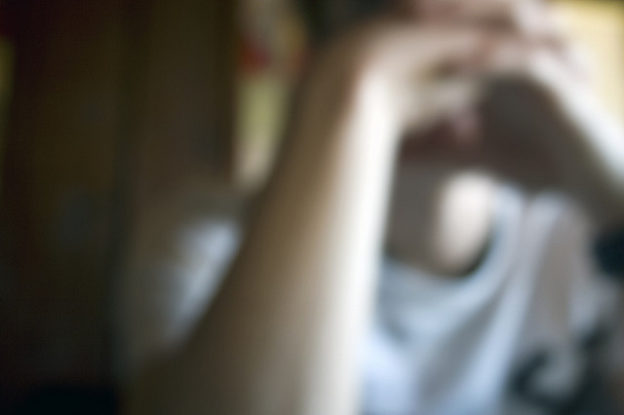 The prevalence of psychological factors that affect patients with medical conditions is unclear; however, it is believed to be higher than that of other somatic disorders.

Children are more likely to develop psychological tendencies against medical conditions that are chronic and severe. Additionally, adults may choose to ignore certain life-threatening symptoms, such as acute chest pain, especially if they are patients prone to coronary artery disease. This could stem from either their being in denial or due to comorbid depression.

Some medical illnesses provoke psychological affections as there are interactions between the body and mind. It is important to differentiate between the presence of a psychological reason behind the delayed treatment, such as financial conditions, employment status, relationships, and cultural differences, and the presence of a mental disorder. Some patients with certain medical conditions may first choose to perform spiritual activities hoping for symptoms to subside before seeking medical attention. Therefore, behavioral patterns that arise from spiritual beliefs should not be mistaken for a psychological issue that is adversely affecting a given medical condition.

Patients should display a medical symptom or condition in addition to certain psychological or behavioral factors that are adversely affecting their medical condition for this diagnosis to be made. Examples of such behavior could be an intentional delay in the presentation of a patient with acute coronary syndrome to the emergency department, or poor adherence to prescribed medications.

These behavioral patterns constitute an additional health risk to the patient’s current medical condition. This risk may be attributed to the effects of such high-risk behavior on the pathophysiology of the disease and should, therefore, be associated with the precipitation or exacerbation of symptoms.

The severity of behavior should also be assessed in patients. Although the behavior may present as mild, it may pose a medical risk by aggravating an existing medical condition, for example, hypertension and its associated symptoms. Moderate behavior exacerbates an underlying condition; for instance, anxiety can aggravate a secondary condition such as asthma. Thus, the severity of behavior may result in hospitalization. A patient ignoring the symptoms of a heart attack, although he is aware of this condition, is an example of an extreme psychological factor that might affect a medical condition.

To confirm the presence of psychological factors that adversely affect a patient with an established medical condition, the DSM-5 criteria or the Diagnostic Criteria for Psychosomatic Research may be used. Although the DSM-5 criteria are stricter, they are more widely accepted by psychiatrists.

The DSM-5 criteria of psychological factors affecting other medical conditions can be used in the following scenarios:

When the presence of psychological factors affecting a medical condition in a patient is confirmed, it is important to note the severity of these factors; these factors can be classified as mild, moderate, severe, or extreme, based on the degree of risk posed by the particular behavior.

The most common psychological factors include abnormal coping styles, denial of symptoms, poor adherence to medical treatment, and maladaptive health behavior. Patients may stop medicating either because they are in denial, or want to achieve other goals such as weight loss (a diabetic patient on insulin), or are having problems coping with an illness.

The effects of such psychological factors on the patient’s health may be immediate, subacute, or chronic. For instance, severe sadness and grieving might cause takotsubo cardiomyopathy. On the other hand, prolonged anxiety about a trivial medical condition might be associated with temporary weakening of the heart and an increased risk of hypertension.

Certain psychological factors might be also associated with recurrent exacerbations of a medical condition. For instance, anxiety-induced asthma might be prominent in a child newly diagnosed with asthma.

The psychological factors described here may have a direct effect on diseases with a clear pathophysiological mechanism such as diabetes. They may also exacerbate functional syndromes such as migraines or cause idiopathic symptoms in the patient. For example, non-specific abdominal pain is common in children and may be caused due to psychological factors.

Mental Disorder Due to Medical Conditions

It is important to differentiate between the mere presence of psychological factors in a patient with a medical condition and actually having a medical condition that is known to cause abnormal behavior and mental illness. For instance, Cushing syndrome has been associated with psychosis. Systemic lupus erythematosus can cause mild psychiatric abnormalities related to mood disorders or may cause psychosis.

Seizures as disorders should be excluded reliably as they can cause abnormal behavior that could be interpreted as psychogenic. Somatic symptom disorder should be also excluded in patients with medical conditions, as a study has found that patients recently diagnosed with myocardial infarctions are more likely to suffer from somatic symptom disorder compared to the general population.

Illness anxiety disorder is a condition that is characterized by severe anxiety that is distressing to the patient and causes significant impairment in daily function. The anxiety is about developing a certain medical condition that is not currently present.

Patients should be counseled about how psychological factors might affect their condition. Cognitive behavioral therapy might be useful and the physician should aim to understand the underlying cause of the behavior and focus on changing the patient’s beliefs and ideas pertaining to their condition.

Psychotherapy may also help patients better understand their own behavior, beliefs, and ideas.

Medical treatment of anxiety in a patient with hypertension or asthma is reasonable. For instance, the use of beta blockers in an anxious patient who also has hypertension can be indicated for two reasons:

2. Decreasing the symptoms of anxiety, which may in turn help reverse hypertension

Patients who show signs of failed coping with their illness should be offered group therapy. Upon meeting other people with similar conditions, they tend to better understand their own condition, which may help them cope better.