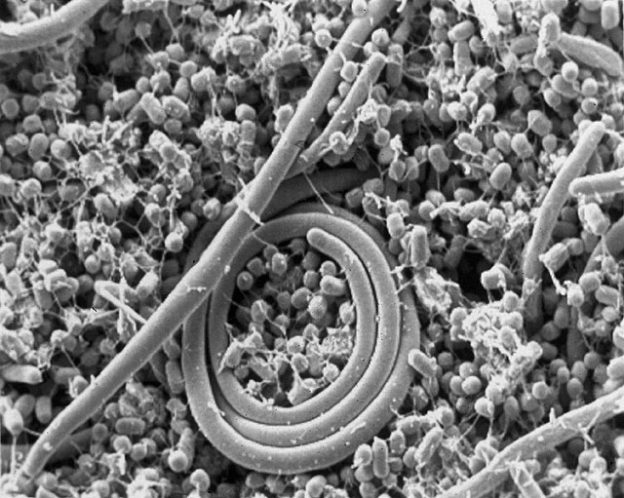 Common structural proteins in an organism include the following:

The primary structure of a protein involves the formation of peptide bonds between amino acids. The amino acid sequences for a specific protein are encoded in DNA. The side chains of amino acids enable different types of interaction within the molecule. These interactions cause the protein molecule to produce different secondary and tertiary structures. The chemical and biological properties of proteins depend more on their three-dimensional or tertiary structure.

The secondary structure of proteins may form hydrogen bonding within the molecule. This hydrogen bonding pushes the protein molecule to form structural conformations, namely α-helix and β-sheets. The α-helix is a right-handed coiled strand, while the β-sheet involves protein strands lying side by side connected to different parts of its structure by hydrogen bonds.

The tertiary structure of a protein determines its over-all three-dimensional shape. A protein molecule tends to bend and twist so as to achieve maximum stability. The stabilizing forces are the bonding interactions between amino acid side chains.

Proteins that serve different structural functions are divided into two types: fibrous and globular. Fibrous proteins are proteins that have a thread-like structure. They may have normal helical or sheet structure; they exhibit comparatively stronger intermolecular forces of attraction. They are also relatively insoluble in water, acids, and bases. Globular proteins, on the other hand, have folded ball-like structure. Weak intermolecular hydrogen bonding governs the structure of this type of protein. They are also soluble in water, acids, and bases.

Globular protein changes conformation in such a way that the hydrophobic groups are inside the core of the protein, while the hydrophilic groups are exposed. This arrangement makes the globular protein very soluble. The most common globular protein is hemoglobin. Hemoglobin is used to transport oxygen around the body. Its quaternary structure is made up of 4 polypeptide chains; two of which are identical alpha chains with 141 amino acids.

The other two are identical beta chains with 146 amino acids. The four chains are linked to form a roughly spherical molecule. Attached to each of the polypeptide chains is a Fe2+ ion which can combine with one O2 molecule. Since there are 4 polypeptide chains, a maximum of four O2 molecules can be transported by a hemoglobin molecule.

Cell signaling is a part of a complex communication system that regulates cell activity and coordinates cell actions. How cells respond to the microenvironment is the basis for its development, for tissue repair, and for immune response. Two of the primary functions of proteins in communication and signaling are membrane receptors and signals.

“Protein Communication. Responding to the environment” Image created by Lecturio

Membrane proteins are proteins that interact with or are part of, the biological membranes. They may be permanently anchored on it or the only temporary attached to the lipid bilayers or may be present inside the cells. Membrane proteins may serve a variety of functions. In terms of communication and signaling, proteins can serve as membrane signals which can relay signals between the cell’s internal and external environments. They can also serve as receptors attached to the cell membrane or present inside the cell that receives the signals.

Proteins may serve as:

As receptors, proteins enable the binding of specific ligands.

Type of motor protein varies based on their affinity for the particular filament, their direction of movement and the materials they carry. Many motor proteins carry cell membrane-enclosed organelles of the cells and transport them to appropriate sites, some proteins help the filaments slide over one another causing contraction of cells like in muscle cells, beating of cilia. These proteins utilize energy from ATP hydrolysis to produce movement. Two families of motor proteins are responsible for the cellular movements brought about by microtubules.

“Proteins involved in the movement. Work with microtubules and filaments” Image created by Lecturio

These are kinesins, dyneins, and myosins.

Kinesins and dyneins move in opposite directions. Kinesins are molecules consisting of two heavy and two light chains. The heavy chains have amino-terminal globular head responsible for binding to both microtubules and ATP. Hydrolysis of ATP provides the energy needed for movement. The two light chains are responsible for binding to the other cell components, such as organelles and vesicles that are transported along microtubules.

Dynein, on the other hand, is a relatively larger molecule also composed of heavy and light chains. The same functions are done by these heavy and light chains. These proteins are responsible for moving organelles toward and away from the center of the cells. Some play more specific roles, such as repositioning the Golgi apparatus from the center of the cell to that near the centrosome.

Other important motor proteins are myosin. Myosin is an actin-binding protein. Myosin is considered a prototype of a molecular motor as it is able to convert chemical energy in the form of ATP to mechanical energy. These types of movements can be as complex as the movements in muscle contraction.

An interaction between actin and myosin are responsible for:

Cytoskeletons derived from actin are also responsible for the crawling motion of cells on a surface. This movement is brought about by actin polymerization, as well as actin-myosin interaction.

The sliding filament theory explains the possible mechanism in muscle contraction based on the action of myosin and actin. According to this theory, the actin filaments of muscle fibers tend to slide past the myosin filaments during contraction. This was further developed as the cross-bridge model. In the cross-bridge model, actin and myosin form a protein complex called an actomyosin.