Different Functions of Proteins in the Biological System 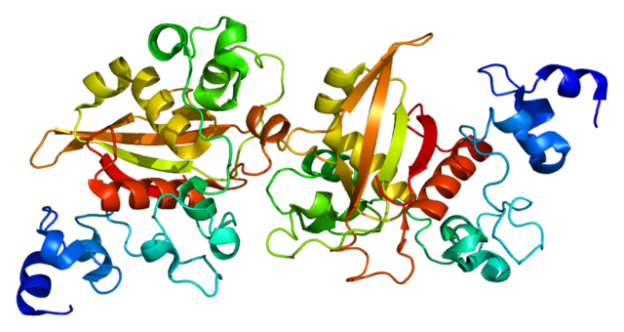 Antibodies are glycoproteins that uniquely bind to a protein or other molecules. They belong to a family of globular proteins called immunoglobulins. They are antigen-reactive proteins that are present in the immune serum, called antiserum. They are produced after a vertebrate host is exposed to a given antigen, called an immunogen.

“Antibodies. Proteins of the Immune System” Image created by Lecturio

The main function of an antibody is to bind to foreign molecules. Most antibodies are structurally similar because of their Y-shaped molecules; however, each antibody is unique because they have different amino acid sequences. The structural properties of antibodies enable it to exhibit binding versatility, binding specificity, and biological activity. An individual can produce hundreds of thousands of antibodies.

This enables him to detect the presence of foreign or non-self molecules inside it. The Y-shaped arm of the antibody defines to which molecules they will interact. It also defines what response will be made by the cell. Possible responses include complement-mediated lysis, enhanced phagocytosis, and or occurrence of allergic reactions. These responses occur once antibodies bind to the antigens. Humans are able to express five types of antibody or immunoglobulin classes.

The five classes are:

These five classes may differ in their physicochemical properties which include charge, solubility, and size. This variability is caused by the differences in the amino acid sequences they have. They may also differ in their serologic properties or the way they react with antigens. The greatest factor that divides the antibodies into five classes is their differences in their behavior as antigens.

It regulates the cell’s activation. Human IgE is the antibody that binds through its Fc part of mast cells or basophils. When the mast cell and the basophil are exposed to the same antigens, it triggers allergic reactions.

Gene expression is the process by which genetic instructions are processed to produce specific gene products. Common products include proteins that are essential for different biological activities. This includes enzymes, hormones, and receptors. To prevent the overproduction of certain gene products, different control mechanisms are installed in the cells. Transcriptional regulators are proteins that recognize certain areas in the DNA.

Another important function of proteins is catalyzing a number of reactions. Most of the metabolic reactions in biological systems involve the use of enzymes. In fact, these reactions will not occur if an individual does not have the enzyme to catalyze the reaction. Enzymes are highly specific that they usually catalyze a single reaction or very few related ones.

Differences in the structure of the active sites of an enzyme determine its specificity to specific substrates or reactants. Enzymes enable the lowering of the activation energies of biological reactions. During the reaction, enzymes undergo structural changes to not accommodate other substrate molecules. After the reaction, they will return to their original state and are ready to interact with a new substrate molecule.

Different models were used to describe the action of enzymes during catalysis. The most common models are the lock and key model and the induced-fit model. In the lock and key model, Emil Fischer postulated that enzymes and substrates are like locks and keys. They fit perfectly with each other. This explains the high specificity of enzymes to its substrate because this means an enzyme will only interact with a specific substrate that fits in its active site. If the substrate and the enzyme do not fit, then no reaction will occur.

In the induced-fit model, the enzyme and the substrate interact forming a weak covalent bond. The enzyme then undergoes some conformational changes that further strengthen the binding. The reaction then occurs until the product is formed. Changes in the confirmation of the enzymes will again happen to facilitate the release of the products. The enzymes then return to their original state. This model of enzyme catalysis can provide an explanation of the action of inhibitors. Aside from the active site of the enzyme, there are other allosteric sites where other molecules may attach. Inhibitors may act on these allosteric sites, and, when conformational change happens, entry of the substrate to the active site will be inhibited.

Two major proteins are responsible for the transport of oxygen molecules; these are myoglobin and hemoglobin. Oxygen molecules have different affinities to these two types of proteins. Myoglobin has a higher O2 affinity even at low O2 concentration. On the other hand, hemoglobin has a variable degree of O2 affinity depending on the concentration of O2.

Na+/K+ ATPase is an enzyme formed of two membrane-bound polypeptides that serve as a solute pump to transport sodium ions out of cells while pumping potassium ions into the cells. Transport of the ions is due to a concentration gradient. The basic mechanism of action of this transport protein involves the binding of ATP to the pump before 3 intracellular Na+ ions also bind to it.

ATP is then hydrolyzed, leading to phosphorylation and the eventual release of ADP. Conformational changes lead to the opening of the pump to the outside of the cells allowing the release of the ions. Two extracellular K+ions then bind to the pump causing dephosphorylation of the pump. The pump reverts to its original conformation and transports K+ to the inside of the cell. The process is repeated to regulate the ionic conditions inside and outside the cell.

Antibody Structure and Function via wiley.com

Control of Gene Expression via garlandscience.com