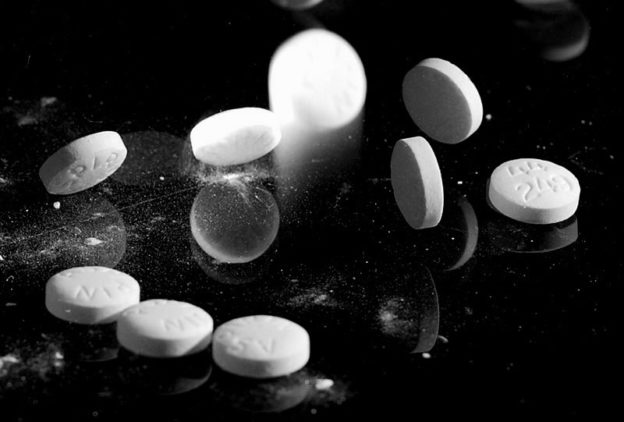 The prodrug was defined first by Adrien Albert in 1958 to refer to the pharmacologically inactive compound that is transformed into an active substance when it reacts or is metabolized in mammalian systems. Incorporation of a prodrug allows a delay in the release of the active drug.  It also helps in overcoming some common problems in drug formulations which include chemical instability, inadequate brain penetration, poor aqueous solubility, local irritation and toxicity, and insufficient oral absorption.

A prodrug is formally defined as a biologically inactive derivative of a parent drug molecule, which is activated by a chemical or enzymatic transformation within the body, which, in the process, involves the release of the active drug. They usually possess improved delivery properties compared to the parent molecule. This includes improved lipophilicity and the addition of structural features that enable improved drug targeting. The physicochemical, biopharmaceutical and pharmacokinetic properties of drugs are also enhanced, increasing the usefulness of the drug.

The use of a prodrug is to optimize the absorption, distribution, metabolism, excretion and unwanted toxicity of the parent drug. There are three basic objectives in prodrug research: Pharmaceutical, pharmacokinetic and pharmacodynamics. For the pharmaceutical objective, prodrug research aims to improve solubility, chemical stability and other chemical properties of drugs, decreasing occurrences of irritation and pain after drug administration.

Image: “Representation of a prodrug design to enhance bioavailability” by SuSanA Secretariat. License: CC BY 4.0

Since bodily systems rely mainly on water as the solvent, aqueous solubility is important in studying the drug properties. Some drugs need improvement in their aqueous solubility to increase their viability. One way to achieve this is by incorporating esters and amide groups which involve improving the ionic nature of the drug increasing its aqueous solubility. An example of this prodrug is Valacyclovir which are esters of the antiviral drug Acyclovir.

Some drugs have low lipophilicity which can lead to poor oral absorption.
Prodrugs can be synthesized whereby a lipophilic group is added to the active drug to increase its overall lipophilicity.

In general, most of the drugs should be relatively lipophilic to enable faster transport of active molecules through the biological membranes. The need to improve the lipophilicity of the drug is for compounds containing polar or ionizable groups. This is achieved by the preparation of ester prodrugs. An example of such prodrug is Ketorolac which is a non-steroidal anti-inflammatory drug with analgesic activity. Another example is Famciclovir (prodrug of Penciclovir):

Some diseases require a drug to be released from the target tissue or organ systems. This is needed to reduce the risk of unwanted exposure of the non-target tissues from some undesirable effects of the drugs.

Prodrugs enable a more targeted mechanism for drug actions reducing toxicity risks. The use of chemotherapeutic drugs involves very high toxic effects on normal and cancer cells. Because of this, there is a great need for prodrugs here so as to prevent the release of the active drug before reaching the target site. An example of an anticancer prodrug is Capecitabine, which is a triple prodrug of 5-fluorouracil. With the employment of triple prodrug, the release of the drug is delayed, improving the targetability of the drug.

Some other types of prodrugs that can improve targetability are enzyme-activated prodrugs; targeting-ligand conjugated prodrug, enzyme-cleavable prodrug, membrane transporter-associated prodrug, and polymeric prodrug.

For tumor-ligand conjugated prodrug, a tumor-specific monoclonal antibody is attached to the oncostatin drugs. When the antibody is delivered to the site of cancer, receptor-mediated pinocytosis occurs releasing the active compound.

Incorporation of prodrugs also finds importance in prolonging the duration of drug action. This is because most drugs only have very short half-lives that are why frequent dosing is required. What is not good with conventional drug formulation is that it involves the sudden peaking of the drug concentration in the body, which may not be good for most patients.
One way to aid this is by incorporating a prodrug that enables releasing of the active drug in longer periods of time and only enough drugs that will exhibit therapeutic effect will be released over longer periods of time. Another way is to modify the parent in such a way that the prodrug will take some time for the conversion, enabling the drug action to last longer. This approach is extremely useful in avoiding large fluctuations of the drug concentration in the blood plasma. An example of this prodrug is the hemisuccinate prodrug of Propranolol.