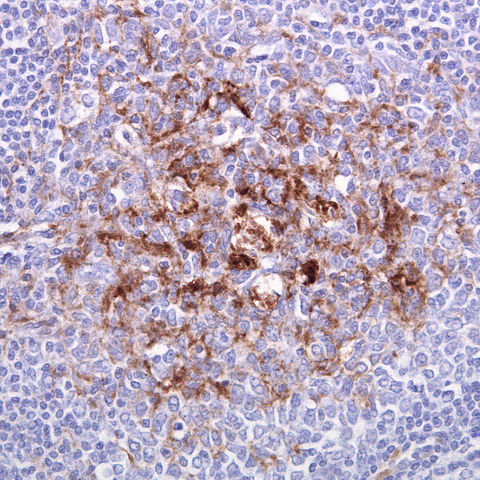 Infectious Protein With No Nuclear Acid

A prion is considered an abnormally folded protein that can cause progressive neurodegenerative diseases. They are not able to multiply inside their host organism; however, they affect the brain structure by inducing conversion of proteins with normal folding to an abnormal prion form. The more misfolded proteins are present, the faster the rate of conversion of normal proteins to abnormal ones becomes exponential.

Prions are smaller than viruses and can only be seen using an electron microscope as a cluster. Because prion particles are just abnormal versions of normal proteins, they are hard to recognize by the immune system and so they do not trigger an immune response, unlike other pathogens.

Pathogenic prions are a conformational isoform of a normal host protein PrPc. This protein is found predominantly in the outer surface of neurons. What prions do is to convert the normal PrPc to its abnormal form PrPsc. The more PrPsc present, the faster the infection spreads within the organism

In the 1960s, scientists showed that the agent causing transmissible spongiform encephalopathy in sheep, also called scrapie, was highly resistant to ionizing radiation and UV rays. It was noted that these two therapies are the ones usually employed to destroy pathogens containing nucleic acids. Because of these, several suggestions were made as to what type of particle is causing the disease. What the scientists are certain about is that these disease-causing particles are not dependent on nucleic acids.

In 1982, Stanley Prusiner of the University of California described the disease-causing particle as a protein. This property distinguishes it from other infectious agents like viruses, bacteria, and fungi. Because of it being small, proteinaceous, and infectious, a term was developed and the agent was eventually called a prion.

Transmissible spongiform encephalopathies are diseases caused by prions and involve neurodegeneration. Most of the time, these diseases are asymptomatic and become fatal when clinical signs have already developed.

“TSEs are caused by misfolding of prions. Pathogenic prion, PrPsc, is a conformation isoform of a normal host protein, PrPc” Image created by Lecturio

Transmission of this disease occurs when healthy animals consume tissues containing the disease-causing particles of infected animals. Prions cannot be transmitted through casual contact and inhalation. They may also be transmitted using contaminated medical instruments.

There are four features in the tissue damage caused by prions to humans. These include neuronal loss, amyloid plaque formation, and astrocytosis. The most common feature is the formation of spongiform where the brains of infected individuals appear to have sponge-like holes.

Because of the tissue damages caused by the prions, infected individuals suffer from psychomotor dysfunctions like involuntary jerking movements, mental impairments, and loss of the ability to speak. Other clinical signs of prion infections in humans include personality changes, insomnia, depression, lack of coordination, and ataxia.

Scrapie is a neurodegenerative prion disease that affects sheep and goats. It is one type of TSE that involves converting normal proteins in sheep and goats to copies of the prion particles.

Scrapie is transmitted between animals via the environment or directly. Classical scrapie is transmitted through exposure to scrapie-infected animals or a contaminated environment. A pregnant female carrying the agent transfers the disease to her offspring. Eating and drinking the prion-rich fluid and tissues from the placenta may also cause infection in healthy animals.

Cases of scrapie occurred in many countries around the world. Two of the countries recognized to be scrapie-free are New Zealand and Australia. Countries develop programs and strategies to reduce the occurrence of this disease.

Scrapie is one type of disease that slowly develops. The clinical signs of this disease are only evident in older animals. Animals suffering from this disease show changes in behavior like tremors, incoordination, aggression, and abnormal gaits. When these symptoms appear, the infected animal typically dies within a few months. There is no treatment currently available for this disease.

Spongiform encephalopathies are various degenerative diseases of the brain that are characterized by the development of porous, sponge-like lesions in the tissues of the brain leading to a deterioration of neurological functions.

There are three types of spongiform encephalopathies. These include:

Infectious or transmissible SEs are the types of SEs that can readily be transmitted by direct exposure to the prions causing the diseases. This accounts for most of the prion diseases reported. Direct transmission includes the consumption of tissues of other animals containing the infectious agent.

Forced cannibalism is one of the causes of the fast transmission and spread of the bovine spongiform encephalopathies (BSE) or Mad Cow disease. Cows were forced to consume animal by-products as protein supplements. When sheep with scrapie was used as the material to produce the supplement, it allowed the scrapie proteins to survive and also infect cows. This practice was eventually stopped because of the threat that it may also infect humans eventually who consume beef from infected cows.

Sporadic spongiform encephalopathies are types of SEs that randomly occur in the population. The cause of the infection is unknown and the disease just occurs spontaneously in the brain. This commonly occurs to people between the age of 45-75. An example of this is the sporadic Creutzfeldt-Jakob disease. Sporadic CJD affects only 1-2 per million of humans worldwide. This type of CJD is not transmittable to others.

Familial spongiform encephalopathies are types of SEs, which are transferred via inherited mutations of the PRNP gene. This affects a small percentage of families. The PRNP gene contains an instruction to make the prion protein (PRP). Point mutations in this gene cause production of the abnormal protein PrPsc. The disease is inherited in an autosomal dominant pattern which means one copy of the altered gene is needed from either parent to cause the disorder.