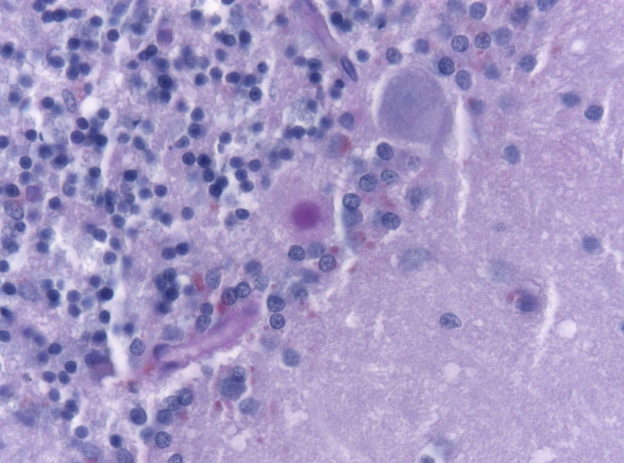 Prion diseases include a large group of related neurodegenerative diseases that can affect both humans and animals. In humans, the most common forms of prion diseases include, but are not limited to, Creutzfeldt-Jakob disease, Gerstmann-Straussler-Scheinker disease and, in animals, the bovine spongiform encephalopathy commonly known as Mad Cow disease.

Prion diseases are characterized by prolonged incubation periods and are a very fast progressive disease once symptoms start.

The estimated incidence of CJD is at 1 case per million in the United States. Familial cases of prion-related encephalopathies are much rarer compared to sporadic cases but have been described, especially with Gerstmann-Straussler-Scheinker disease. Familial cases are thought to be related to mutations in the PRNP gene. 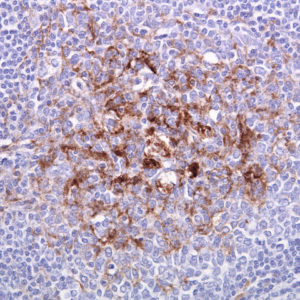 Prion-related encephalopathies are very progressive and ultimately cause death. The mean survival for patients with CJD is 8 months. Familial cases are usually milder, but ultimately, by 60 months, all patients are dead. These conditions are more common among people in their sixties but have been diagnosed in young adults as well.

Once prions enter the body, they are thought to first reside and replicate in the peripheral lymphoid tissue such as the spleen. After a long period of incubation, the particles eventually invade the central nervous system.

Common symptoms in prion-related encephalopathy include the following:

Family history of CJD is evident in about 10% of the cases. Patients diagnosed with sporadic CJD are usually severely impaired cognitively within a few months of diagnosis and die within 8 months of diagnosis. Cerebellar dysfunction is reported in about 40% of cases of CJD.

The diagnosis of CJD can be classified as definite when neuropathology can be identified from brain biopsy and protease-resistant PrP western blot is positive. Patients with progressive dementia, typical electroencephalogram picture and two of the following: myoclonus, visual impairment, cerebellar ataxia, extrapyramidal signs or mutism have probable CJD.

Possible CJD is characterized by progressive dementia, atypical EEG findings, in addition to two of the previously mentioned signs for probable CJD. The duration of the symptoms should be less than 2 years because CJD patients rarely survive for more than 2 years. Physical examination reveals global cognitive decline, ataxia, and cortical blindness.

Liver function tests, ammonia levels, and electrolytes should be checked to exclude systemic and metabolic causes of cognitive impairment. Patients with a previous history of the malignant disease might have a paraneoplastic syndrome. 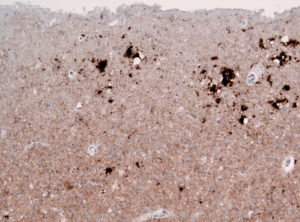 Imaging studies are important in the evaluation of these patients. Magnetic resonance imaging (MRI) shows hyperintensities in the cortical ribbon, in the basal ganglia, and in the thalamus. Diffuse-weighted imaging is very specific and sensitive for the diagnosis of CJD.

Positron emission tomography (PET) is useful in the evaluation of some patients. Areas of focal glucose hypometabolism have been found to coincide with the focal neuropathologic lesions at the time of autopsy.

Electroencephalogram is also useful in the diagnostic workup of patients with prion-related encephalopathies. Patients can have slowed on the EEG.

A lumbar puncture when performed can reveal elevated protein in the cerebrospinal fluid in some cases of CJD. The decision to perform a biopsy should be cautiously made because the majority of these diseases are not treatable anyway.

The current treatment options for prion-related encephalopathies are highly dependent on symptomatic relief rather than curative treatment. The most important first step is to stop any drugs known to affect memory or to cause confusion.

Congo-red, anthracyclines, and amphotericin B are being experimentally studied as preventive treatments against prion-propagation. These drugs might delay the incubation period; hence, delaying the onset of the symptoms.

Unfortunately, the results are not always straightforward. Amphotericin B, for example, was found to be ineffective in one patient without any possible scientific explanation.

Acridine and phenothiazine have also shown efficacy against PrP. These drugs are already available as treatment options for malaria, psychiatric disorders, and epilepsy; therefore, the notion to use them for prions diseases is very easily acceptable by physicians because of our current understanding of their toxicity profile.

Recently, the idea of vaccination against prion-diseases was suggested. A-beta1-42 vaccination has been used in Alzheimer’s disease in a recent phase II clinical trial. Unfortunately, the results of these clinical trials are not very encouraging. Patients developed acute encephalitis as a complication to the vaccine; therefore, we currently have a gap between transitional research from animals to humans when it comes to immunological approaches for vaccination against these conditions.