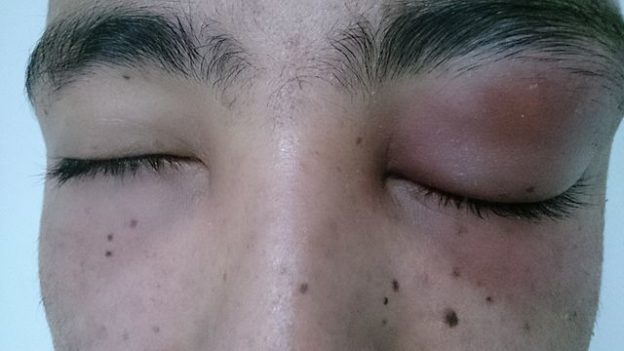 Definition of Periorbital and Orbital Cellulitis

Epidemiology of Periorbital and Orbital Cellulitis

Periorbital cellulitis initiates superficially, whereas orbital cellulitis starts deeper in the septum of the orbit. A possible predisposing factor is paranasal sinusitis. Patients typically have an extension of a paranasal or dental infection. Other possible risk factors include trauma, insect bites, and skin infections of the eyelid.

The most common risk factor for the two infections is similar, that being an infection that is often a direct extension of infected paranasal sinuses. In orbital cellulitis, however, eye surgery or trauma plays a significant role in predisposition to the condition. Metastatic spread of infection from other areas can also cause either condition.

Pathophysiology of Periorbital and Orbital Cellulitis

Patients can develop periorbital cellulitis due to a direct extension of infected paranasal sinuses to tissues anterior to the orbital septum. Spread of the infection in soft tissues such as the skin, subcutaneous fat, and eye adnexa is also common. Certain conditions such as dacryocystitis, sinusitis, and recent trauma or surgery to the eyelid or the eye itself can cause periorbital cellulitis.

Orbital cellulitis can result from direct hematogenous spread of causative organisms, especially in patients with diabetes or in immunocompromised individuals. Patients can also develop the condition as a complication of direct extension of an infection from the paranasal sinuses separated by a partition of bone only. In one series, almost all patients with orbital cellulitis had some form of paranasal sinusitis. The infection is severe and extensive.

Patients can also develop the condition as a complication of eye surgery and direct inoculation of the eye with causative organisms. People with diabetes and other immunocompromised patients are at risk for orbital cellulitis as a complication from trauma to the eye, orbital bone fractures, or surgery to the eye. Orbital cellulitis can spread to cause cavernous sinus thrombosis, cerebral abscess, and meningitis.

Visual examination reveals normal visual acuity with intact ocular movement and no proptosis. Patients who develop orbital cellulitis are usually unable to move their eyes due to severe pain. Visual acuity might be impaired, and eye protrusion is common. Eyelid edema and redness can also be seen in orbital cellulitis, similar to periorbital cellulitis. In both conditions, patients might describe a recent history of upper respiratory tract infection or sinusitis. Patient history is essential for excluding other risk factors such as eye surgery or trauma to the orbit. 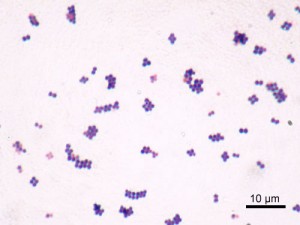 Imaging is essential in evaluating a patient presenting with possible orbital cellulitis. Magnetic resonance imaging (MRI) of the orbit can reveal soft tissue involvement, multiple loculations of the posterior segment of the eye, and signs of endophthalmitis. A computed tomography scan (CT) of the orbital bone can show orbital bone fractures, a possible risk factor for orbital cellulitis due to trauma. MRI is preferred to a CT scan if there is cavernous sinus thrombosis. Possible indications for orbital imaging include young age, significant periorbital edema, presence of fever, severe eye pain on movement, and presence of focal neurological signs. Focal neurological signs suggest spread of the infection to the central nervous system.

Blood cultures enable selection of the best antibiotic based on the microorganism detected. Lumbar puncture can be performed if meningitis is suspected.

Treatment of Periorbital and Orbital Cellulitis 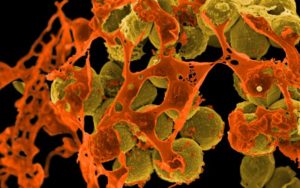 Intranasal corticosteroids are indicated in cases of chronic sinusitis to facilitate nasal drainage. Treatment of sinusitis in cases of orbital cellulitis was found to provide an improved outcome especially in case of subperiosteal abscesses.

Surgical intervention in patients with periorbital cellulitis is rarely needed and is only indicated in the case of the following:

Patients who develop abscesses might need open drainage of the periorbital abscess. Patients with orbital cellulitis are more likely to require surgical intervention to remove foreign bodies, bony fragments in case of orbital trauma, drain abscesses, or to remove an infected eye globe to avoid extension to other adjacent structures such as the central nervous system.