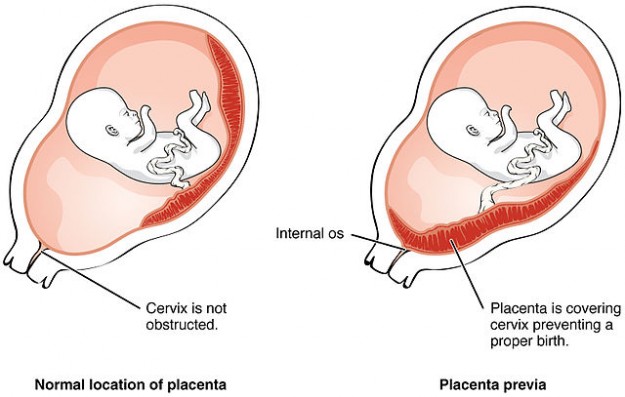 Placenta previa refers to the dystopic position of the placenta in the isthmus region. About 10 out of 200 pregnancies are affected by this condition.

Scarring of the endometrium can cause placenta previa; such scars could result from curettage or after a cesarean section or multiple birth.

The lower uterine segment is stretched after uterine contraction. This shears the placenta away from the adhesive surface causing bleeding to occur.

Typically, the first bleeding is observed in the 3rd trimester. Initially, this bleeding stems from the intravillous region, indicating that maternal blood is involved. Later, fetal blood may also be involved. Thus, blood tests for hemoglobin F are indicated. 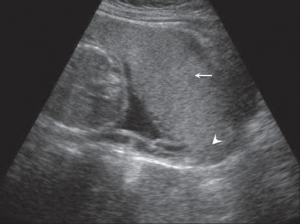 Note: In the presence of these symptoms, vaginal examination is strictly contraindicated. 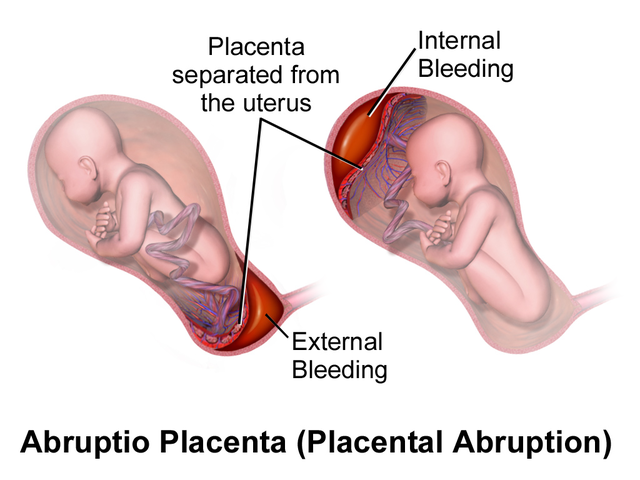 Placental abruption is the complete or partial detachment of the placenta before the birth of the child. It is a notable emergency for mother and child.

On clinical examination, the uterus is very rigid and pressure-sensitive. The movements of the child decrease due to hypoxia, and cardiotocography findings become pathological.

Only an emergency cesarean section can save the child’s life.