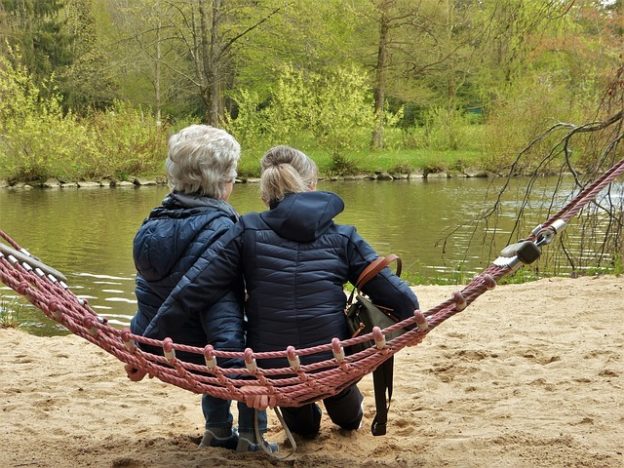 A patient with postmenopausal bleeding typically presents with an episode of vaginal bleeding after one year or more of amenorrhea. The main concern of the patient and the doctor is endometrial cancer; therefore, the diagnostic workup is aimed to exclude this malignant and potentially curable cancer.

Presence of other symptoms other than uterine bleeding can help to assess other causes. History taking should focus on the known risk factors for endometrial cancer, such as the use of estrogen-only hormone replacement therapy and cigarette smoking history.

Common Causes of Postmenopausal Bleeding are:

Diagnostic Workup in a Patient with Postmenopausal Bleeding

Ultrasound imaging is good for the initial evaluation of the postmenopausal bleeding because of accuracy by assessment of the thickness of the endometrium.

Note: Women who have diabetes and obesity are at least twice as likely as those without these two conditions to have endometrial carcinoma.

It might be reasonable to go directly for invasive procedures in a woman who is old, who has postmenopausal bleeding, and who is both obese and diabetic.

Nowadays, it is recommended to go for invasive endometrial assessment only if the woman has a high pretest probability of endometrial carcinoma or if transvaginal ultrasonography 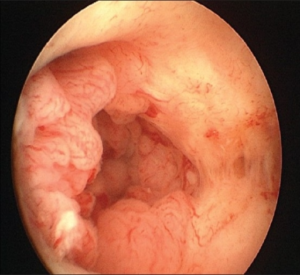 shows an endometrial thickness of more than 4 mm.

In the past, dilation and curettage was the procedure of choice for endometrial sampling to exclude or confirm the diagnosis of endometrial carcinoma. This procedure is very invasive, and requires in-patient care and general anesthesia; therefore, it is no longer recommended to perform dilation and curettage in a woman with postmenopausal bleeding.

In current modern practice, guided invasive procedures are the best at the exclusion of endometrial cancer or the confirmation of the diagnosis. Hysteroscopy with biopsy sampling of the endometrium is very specific and sensitive for endometrial carcinoma.

When a woman presents with postmenopausal bleeding, it is important to be systematic so that one does not miss any potential malignant disease. Additionally, one should be as conservative as possible so that the patient does not have to face unnecessary invasive procedures.

The first step in the management of the woman who presents with postmenopausal bleeding is to use a patient characteristics prediction model to assess the pre-test probability of endometrial cancer. Women who have a very high probability of this assessment are expected to have a malignant etiology, i.e. endometrial carcinoma, and should undergo further testing.

On the other hand, a young menopausal woman who takes combined oral contraceptives with progestin, and who has a low probability of endometrial carcinoma, might receive expectant management and need to be evaluated for recurrent bleeding in the future.

Those who present with recurrent bleeding should be considered as high risk for malignancy and should undergo endometrial sampling. On the other hand, patients who present with postmenopausal bleeding for the first time, who have a high pretest probability of endometrial cancer, are recommended to receive transvaginal ultrasonography to assess the thickness of the endometrium and abnormal blood flow pattern developed due to the tumor.

Endometrial sampling results can be classified into three main categories: