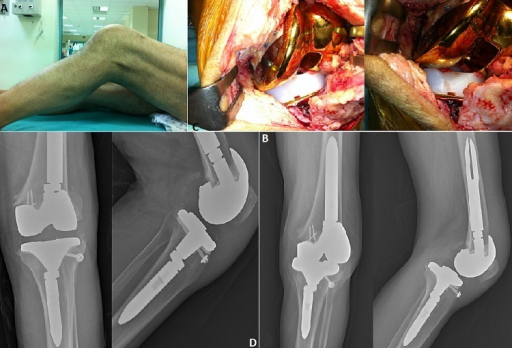 Moreover, the popliteal artery is attached to the adductor hiatus proximally and the soleus muscle holds it distally against the bone. This increases the chances of injury to the artery at the popliteal fossa. The lateral popliteal nerve is a vital structure that crosses around the fibular head to the leg. It is responsible for dorsiflexion of the ankle; damage to this nerve results in foot drop.

Anatomy of the Knee

Knee support is achieved mainly by four ligaments, two menisci, and different groups of muscles and tendons that are enclosed within the joint capsule. The anterior and posterior cruciate ligaments, as well as the medial and lateral collateral ligaments, support the transverse and longitudinal movement of the knee. The medial and lateral menisci provide axial support against the rotational injury of the knee and also provide muscular support to the knee from different groups of muscles. The tibial nerve is less likely to be injured in the popliteal fossa during knee dislocation, as it is not firmly attached to the bone.

Tibia, femur, and patella are the three bones that interact and bring about the movement of the knee joint in conjunction with the quadriceps and hamstring muscles. 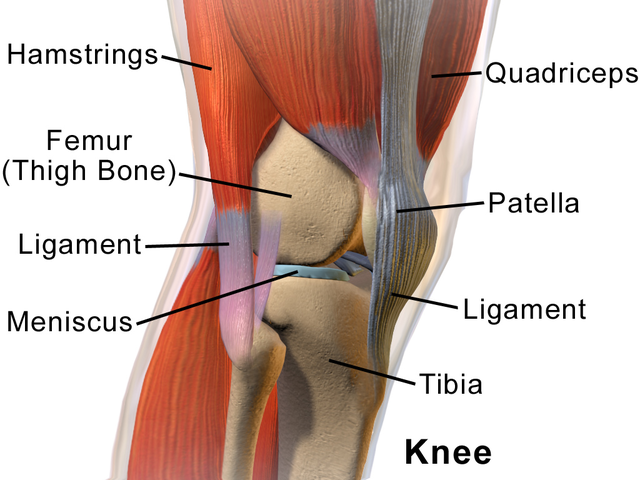 High-velocity injuries cause knee dislocation with damage to many structures of the joint, including the joint capsule, menisci, ligaments, and cartilages, as well as the neurovascular complex in the popliteal fossa. Low-velocity injuries are common in athletes and less likely to cause damage to joint structures and the extracapsular neurovascular complex.

Usually, knee dislocations resolve on their own. If relocation does not occur, the joint is swollen and painful. Ligaments may show significant damage even after knee relocation and the leg appears crooked or angulated.

For knee dislocation to occur, both cruciate ligaments and one or both collateral ligaments have to be injured. Posterior knee dislocation is primarily caused by direct anterior trauma to the flexed knee. This is common in vehicular accidents when the knee of the passenger hits the dashboard, or in road accidents when an individual falls on the flexed knee.

Obesity is a risk factor for all types of knee dislocation due to the stress of weight on the muscles and ligaments of the joint. In terms of prognosis, high-velocity knee dislocations are associated with less favorable long-term outcomes and patients are unlikely to resume activities, including sports, after treatment. Low-velocity knee dislocations are associated with better outcomes as patients can regain complete knee function and commence daily activities following adequate management and rehabilitation. 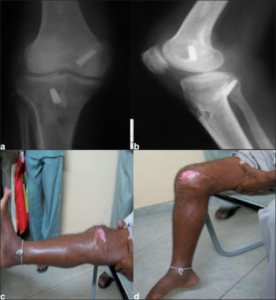 Patients with knee dislocation present with severe diffuse pain and the inability to move after a ‘pop’ sound from the affected knee. Examination of the knee reveals ecchymosis of the skin with a visible deformity depending on the type of dislocation. The invagination of the joint capsule into the joint leads to a visible groove on the medial side known as the dimple sign.

It indicates postero-lateral knee dislocation that cannot be attended to manually. Palpation is remarkable for the limited range of extension and flexion of the knee. Anterior and posterior cruciate ligaments can be assessed using the Lachman and posterior drawer tests, respectively, while the valgus and varus tests can be used to assess medial and lateral collateral ligaments.

Some cases of knee dislocation may undergo spontaneous reduction and may result in the physician missing associated injuries involving the popliteal artery and peroneal nerve. Therefore, it is necessary for the attending physician to examine every suspected case of knee dislocation for any neurovascular interruption. Examinations include palpation of the dorsalis pedis and posterior tibial artery, capillary refill, recording skin color and temperature, and a bilateral sensory evaluation of both limbs.

Physical examination of the skin and peripheral pulses may appear normal despite damage to the popliteal artery. Thus, a duplex scan to calculate the ankle-brachial index and an arteriogram in individuals with suspected arterial damage, even in those with intact peripheral pulsation, should be indicated. A venogram is also recommended for such patients due to the risk of deep vein thrombosis (DVT) following posterior knee dislocation. A physical examination to rule out vascular injury should be performed, after the pain subsides, to ensure that the vascular supply of the leg is not interrupted.

To assess ligament injury in the knee joint, magnetic resonance imaging (MRI) may be indicated to determine the location and extent of ligament damage, meniscal tears, and bone injury. These findings help establish the possibility of repair.

Posterior knee dislocation is the most common type of dislocation associated with vascular injury. Interruption of blood supply to the leg may lead to acute ischemia, gangrene, and amputation. Compartment syndrome may cause a temporary interruption of arterial blood supply and result in swelling of the leg and pain, along with stretching of the muscle, and may occur after surgical therapy up to two weeks after the episode of knee dislocation. DVT is common and can complicate the condition. Foot drop results from injury to the common peroneal nerve lateral to the knee joint. Long-term complications include joint stiffness, joint arthrosis, chronic pain, injury to the popliteal artery, pseudoaneurysm formation, muscular atrophy, inadequate management resulting in instability, and arthritis.

Plain X-ray posteroanterior and lateral views are ideal for confirming the diagnosis if a physical examination is inconclusive. A CT angiography is helpful and accurate in the assessment of the knee and vascular tree. MRI is only used after exclusion of other vascular injuries that need immediate intervention. MRI can be used for a detailed assessment of knee structures including joint capsule, ligaments, cartilages, and menisci.  MRI findings are useful to plan surgical interventions involving the injured structures and torn ligaments within the joint capsule.

Conservative treatment with immobilization and a sedentary lifestyle for an average of five to six weeks is recommended for patients with a stable joint after reduction. This can also be implemented in patients with intact collateral ligaments. Immobilization of the joint for more than six weeks may be associated with joint stiffness.

After two months of immobilization, patients are allowed to perform exercises involving minimal resistance that requires movement of both knees. Additionally, patients should be enrolled in a rehabilitation program, which may last up to a year, before the normal function of the knee is restored.

Surgical intervention is deferred for active and young individuals with grade III ligament injuries. Knee arthroscopy may result in compartment syndrome; therefore, this procedure is not recommended for a period of two weeks following knee dislocation due to the extravasations of fluid in the leg arising as a result of the tears in the knee capsule. Avulsed ligaments are usually repaired, while mid-substance tears are reconstructed. Reconstruction using allografts is favored owing to a high success rate. 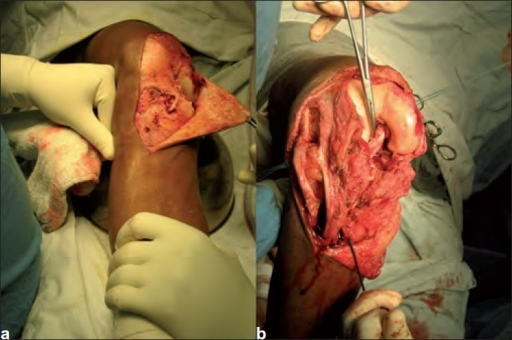 Postsurgical rehabilitation begins as early as the first week. Even before surgery, patients are scheduled for minimal exercises for the affected knee with guided support and limitation of the range of motion. Initially, the patient is allowed to ambulate using crutches for support; then a range of motion exercises are scheduled before strengthening exercises are commenced. The patient can resume normal daily activities after restoration of the full range of motion and strength following adequate rehabilitation and training.