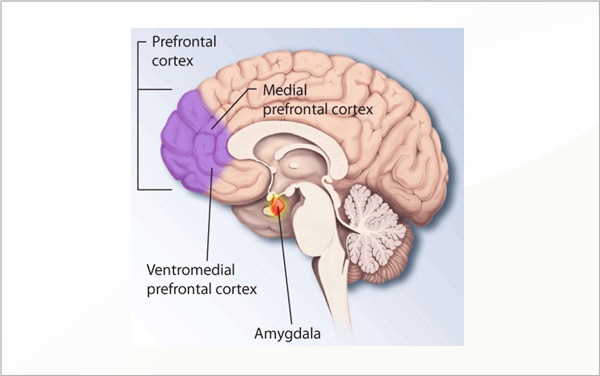 PTSD is defined as an anxiety disorder that usually develops after experiencing severe trauma that is known to constitute a threat to one’s physical well-being or life. PTSD can also manifest in an individual as a consequence of witnessing a traumatic event that involved someone important to the affected individual even if the outcome was not unfavorable. This condition remains underrecognized and untreated in many cases.

PTSD in both sexes

The estimated prevalence of PTSD in the U.S. is 8–10%. Women are more likely to develop PTSD compared to men. Additionally, the nature of the traumatic event varies between the sexes. Sexual assault is the most common trigger for PTSD in women, whereas trauma from combat primarily contributes to PTSD in men.

A recent study suggested that the risk of PTSD is more related to the duration and severity of experienced trauma rather than the individual’s sex. PTSD can be diagnosed in all age groups. The prevalence in adolescent males is 3.7%, while that in adolescent women is 6.3%.

Situations that could lead to PTSD are as follows:

The prognosis of PTSD in treated patients is good with complete or almost complete recovery in most cases. Rapid involvement with treatment, seeking social support, avoidance of re-experience of any trauma, and the absence of other psychiatric disorders or substance abuse are good prognostic factors in PTSD. If the disorder is not adequately treated, there is a predisposition to personality disorders, drug or substance abuse, and affective disorders, apart from other medical problems.

Etiology and Pathology of PTSD

Symptoms of PTSD usually present within three months after experiencing the traumatic event.

Note: The most common finding in research studies of fear conditioning and anxiety disorders in rodents showed the amygdala, hypothalamus, locus ceruleus, and parabrachial nucleus to play a role in the pathology of PTSD.

Most symptoms of PTSD can be explained by the activation of these regions of the brain. The orbitofrontal cortex plays a critical role in inhibiting the overactivation of these regions in normal subjects. Individuals experiencing PTSD show hypoactivity of the orbitofrontal cortex and alteration in the functioning of the hypothalamic-pituitary axis.

The diagnosis of PTSD is based on 8 criteria from the Diagnostic and Statistical Manual of Mental Disorders, Fifth Edition (DSM-5), which are as follows:

Under this criterion, patients should also exhibit two or more of the following symptoms to be diagnosed with PTSD:

Patients should also display two or more symptoms that are suggestive of altered arousal. These include anger outbursts, self-destructive behavior, hypervigilance, problems in concentration, excess startle reactions, and sleep disturbances.

Symptoms lasting more than one month, symptoms significantly impairing the patient’s quality of life, and conclusive exclusion of medical conditions including drug abuse are the three remaining criteria for the diagnosis of PTSD.

The risk of myocardial infarction has been previously shown to be higher in patients with PTSD compared to those without a previous history of this condition.

The mental status of patients with PTSD may reveal several abnormalities. Mood and concentration are usually impaired. Additionally, memory impairment is observed in patients with PTSD. Symptoms related to medication, substance use, or other illness are excluded. The risk of concurrent major depressive disorder in women with PTSD is high.

Laboratory tests are not useful in the diagnosis of PTSD but may be indicated to assess substance abuse and for research purposes. Low cortisol and elevated norepinephrine and epinephrine levels are common in patients with PTSD.

Endogenous opiate levels are elevated in patients with PTSD and could be attributed to the blunt emotions displayed by them.

MRI studies of the brain are performed for research purposes primarily to exclude medical conditions that might cause similar symptoms. Hippocampal atrophy is common in patients with PTSD. A decrease in the size of the corpus callosum and prefrontal cortex, increased activity in the amygdala, and decreased activity in the prefrontal cortex are observed in imaging studies. Some studies even suggest that the size of the hippocampus might be correlated with the risk of PTSD later in life.

Note: The treatment of PTSD should be initiated without delay. The initial focus of the treatment should be to correct any form of substance abuse.

EDMR psychotherapy activates the brain regions that are related to information processing and inhibits those that cause symptoms of PTSD. Therefore, trauma-oriented cognitive behavioral therapy when combined with EDMR is successful in managing PTSD. Additionally, EDMR is helpful in shortening the course of recovery.

Pharmacotherapy may be indicated, especially in the early stages, to enable the patient to resume work and lead an active life. The use of benzodiazepines and atypical antipsychotics is not recommended in PTSD.

Beta blockers are the drugs of choice in PTSD that is not associated with depression. Alpha antagonists may also be considered in some cases.

Benzodiazepines should be avoided, if possible, owing to the increased risk of drug dependence as it may lengthen the course of PTSD. Patients with comorbid depression usually respond well to antidepressants combined with beta blockers. Prazosin has been shown to decrease the rate of nightmares and insomnia and lower the severity of symptoms during the day.

When an individual experiences a traumatic event and displays anxiety symptoms that last only for a short duration, the condition is diagnosed as ASD as opposed to PTSD. For the condition to be diagnosed as ASD, symptoms must occur within one month of trauma and last for not more than a month. The symptoms of ASD, however, are similar to those observed in PTSD.