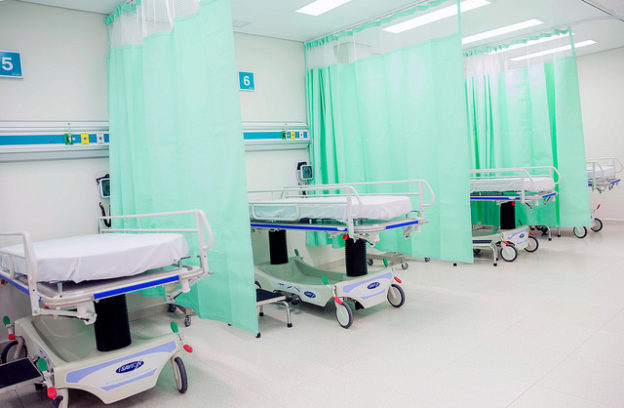 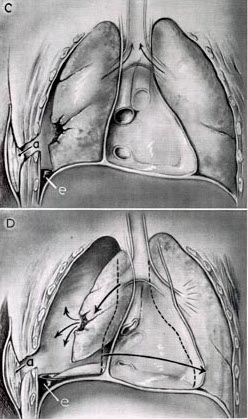 development of a tension pneumothorax

Pneumothorax as the accumulation of air in the pleural space

However, if air enters the pleural space, the negative pressure is released and the elastic forces outweigh it. In that case, the lung may collapse. This can be a full or partial collapse (apical or mantle pneumothorax). 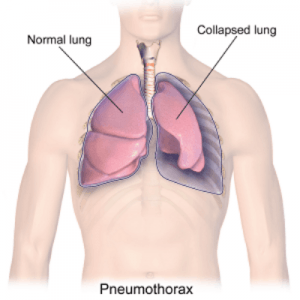 Depending on the extent of the pneumothorax, the breathing can be severely affected due to the now present restrictive ventilatory defect. The so-called tension pneumothorax is particularly dangerous: It allows air into the pleural space through a 1-way valve mechanism but does not let it escape again. With every additional breath, air accumulates in the pleural space and eventually shifts the mediastinum due to the increasing pressure towards the other side. At the same time, it provokes the progressive loss of the function of the healthy lung and leads to an obstruction of the venous return (by a compression of the venae cavae) to the heart.

There is a risk of circulatory insufficiency!

Note: A tension pneumothorax is a life-threatening medical emergency!

Etiology and Epidemiology of Pneumothorax

Depending on the cause of the pneumothorax, a distinction is made between traumatic and spontaneous pneumothorax.

A traumatic pneumothorax is the result of an accident (e.g., penetrating thoracic trauma, complicated rib fractures, etc.) or iatrogenic (e.g., after placing a CVC, thoracentesis, or surgery to the lungs). 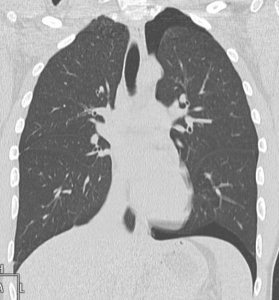 There is no known pre-existing condition of the respiratory organs, but smoking and an α1-antitrypsin deficiency are among the risk factors. It is assumed that in most cases, the rupture of sub-pleural emphysema provokes a trauma of the parietal pleura and therefore releases air into the pleural space. Such emphysema usually ruptures in the apical area of the lungs.

A secondary spontaneous pneumothorax occurs in individuals with a known pre-existing lung condition when an increased existence of emphysema, caverns, or bronchiectases cause the pneumothorax. These include especially the COPD (in over 50% of cases), cystic fibrosis, and pulmonary emphysema. Middle-aged and older patients are most affected and the gender ratio is men:women = 3:1.

Clinical Signs and Symptoms of Pneumothorax

From dyspnea to circulatory shock with pneumothoraces

Small pneumothoraces can be symptom-free and remain undetected.

Asymptomatic idiopathic spontaneous pneumothorax, however, often manifests in a very dramatic way: The patients experience a sudden sharp pain on the affected side, irritation of the throat, and possibly dyspnea. If a tension pneumothorax develops, the clinical condition of the patient deteriorates rapidly and presents pronounced dyspnea and cyanosis, tachycardia, and hypotension — all the way up to respiratory insufficiency and circulatory shock.

Anamnesis and clinical examination of a pneumothorax

During the anamnesis, targeted questions can give 1st indications of a pneumothorax: Are there any known thoracic traumata? Have any surgical interventions been performed on the lungs? Have there been pneumothoraces before (recurrences are very common!)?

In the subsequent clinical examination, the following signs can be detected. They are also often a subject in medical exams:

Here, as always, the comparison of the left and right side in the percussion and auscultation is very important and indicatory!

Chest radiography on 2 levels as a gold standard

When the corresponding clinical symptoms are present, mere auscultation cannot provide a sufficient evidentiary basis on which to rule out the suspected diagnosis: In cases of any reasonable suspicion of pneumothorax, chest radiography on 2 levels should always be taken.

Note: The chest X-ray should not be performed, as would be usual, during maximum inspiration, but during maximum expiration (this way, smaller pneumothoraces can be recognized more easily)!

In the radiographic image, the pleura visceral is distinguishable as a lung border in the form of a fine line. Adjoining this line in peripheral direction is an area of increased radiolucency (due to the air present in the pleural space). In case of uncertainty regarding whether it is perhaps an artifact or, for example, a projection of the scapula, it is necessary to ascertain whether the pulmonary vascular markings go beyond this fine line. If not, this indicates a pneumothorax.

To assess whether it is a tension pneumothorax, you should always look for a mediastinal shift (shift of the heart and/or trachea silhouette towards the healthy side). In addition, a low standing diaphragm is often found on the affected side. In cases of traumatic pneumothoraces, it should be a matter, of course, to not overlook any associated injuries and to diagnose them (e.g., rib fractures, skin emphysema). 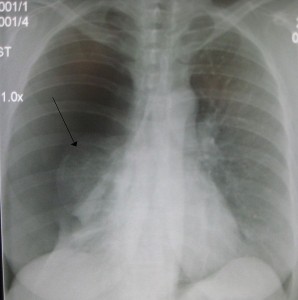 When in doubt, particularly small pneumothoraces can also be detected in a CT scan. Here, emphysema or other lung structural changes can also be depicted in more detail. Especially when considering a surgical intervention or assessing the likelihood of recurrence, a CT scan can offer more conclusive information. Yet due to the high radiation exposure, a chest CT will not be the 1st measure taken.

Controlled waiting or draining the pneumothorax?

The treatment depends on the size of the pneumothorax, the clinical symptomatology, and the frequency of the occurrence (Relapse? Initial manifestation?).

Here, you can find an overview of the indications for the 2 most common drainage methods and their respective access routes:

The drain has to be pushed towards the apex because the air in the pleural space will rise upwards. Sometimes, the lung will start to re-expand even without applying suction; if not, suction may be set at -20 mm Hg. In some rare cases, however, if suction is applied too strong or too fast, this can cause so-called re-expansion edema!

Surgical treatment of a pneumothorax

Especially in cases with recurrences, secondary pneumothoraces, or when the pneumothorax is non-responsive to the drainage, surgical intervention should be considered as a next step. This would consist in a thoracoscopy performed under general anesthesia, where the subpleural bullae, the caverns, or bronchiectases are resected or atrophied in a minimally invasive procedure, and the defects of the pleura are sewn over. In addition, the pleura are roughened (pleurodesis) or talcum is introduced into the pleural space to support the adhesion of the 2 pleural layers. After such an intervention, the risk of recurrence is estimated at only < 5%!

Using the Heimlich flutter valve for a pneumothorax 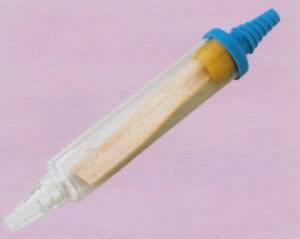 In the event of a life-threatening tension pneumothorax, it is crucial to initiate emergency medical care (elevated upper body, administration of oxygen) and to provide relief. With a large-bore cannula, the second ICS is aspirated at a midclavicular point and an emergency valve inserted.

The best-known valve is the so-called Heimlich flutter valve. With this 1-way valve, the air can now escape but no new air can enter. If in an acute situation the appropriate equipment is not available (e.g., as first responders outside of working hours), then instead of the Heimlich valve, a cut rubber finger cot is attached to the puncture needle and can act as a 1-way valve, bringing the needed relief by the same principle as the Heimlich valve.

In medical exams, it is a popular question to ask about ‘chest pain’ as a cardinal symptom. You will need to be able to discuss the possible differential diagnoses — the pneumothorax is one of them.

Here are the 3 most important differential diagnoses of spontaneous pneumothorax at a glance:

The high rate of recurrence of spontaneous pneumothorax (up to 50%) can be best countered by the surgical procedure described above. In addition, the patient should be advised to refrain from scuba diving (rapid changes in pressure conditions). Air travels under normal pressure compensation only have to be re-evaluated in cases with very large emphysema.

Gekler, W. A. (1912). The treatment of pulmonary tuberculosis with artificial pneumothorax. Fort Wayne.