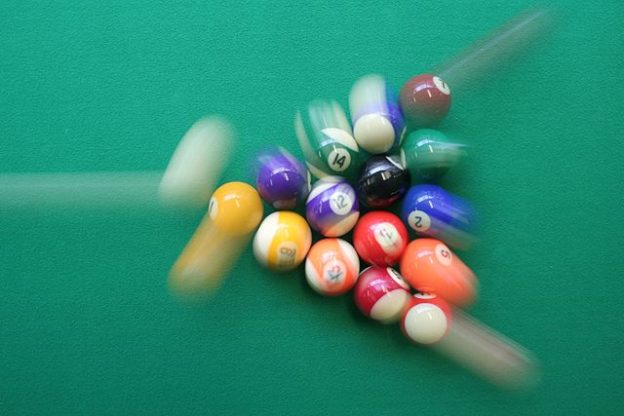 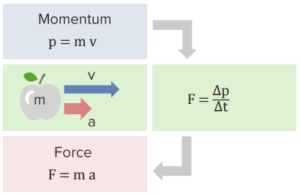 The law of conservation of momentum

Impulse can be defined as the change in momentum over time caused by an average force. It is defined as follows:

Angular momentum can be thought of as ‘swirl’ or ‘spin’. It describes the direction and speed of a rotation about an axis. Angular momentum increases under the following conditions:

A collision can be defined as a change in momentum over time. The following equation defines collision:

There are 2 types of collision:

If the centers of gravity of the colliding bodies move along a straight line, such collision is defined as a straight-line central collision. 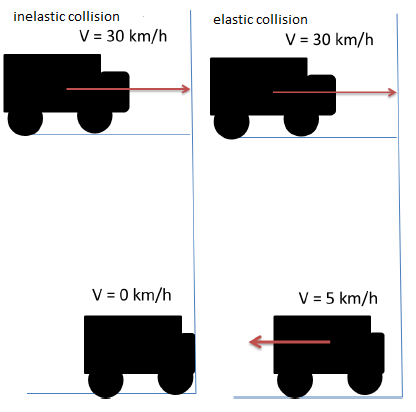