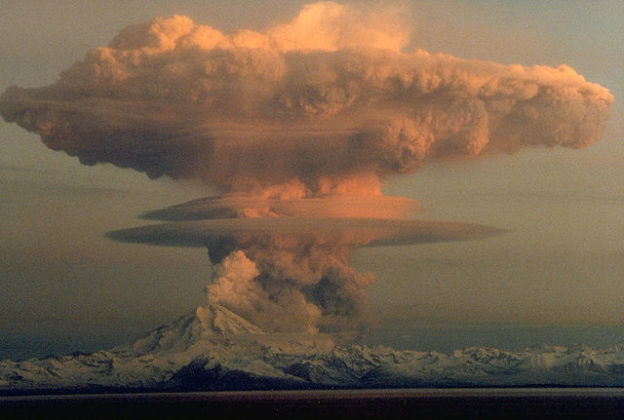 Gases have low density and viscosity compared to other states of matter. Two laws explain their properties. Boyle’s law states that at a constant temperature, the pressure of the gas varies inversely with its volume. Charles’s law states that at constant pressure, the volume of the gas is directly proportional to its temperature. These laws explain the movement of gases in different body compartments.

Measurements of Volume, Temperature, and Numbers

Liquids have no definite shape due to the mutual movement of molecules or atoms. They take the shape of the available vessel. As a whole, the surface of liquids forms a horizontal plane. In gases, there are no binding forces between the individual molecules. The molecules are–except at absolute 0–constantly in motion. If they collide or bounce against surrounding walls, they are repelled elastically. Thus, they move on irregular zigzag paths.

In a fully sealed vessel, the force can be exerted on a fluid utilizing a movable stamp. Unlike solids, where force can be exerted on one point, the particles of fluids can avoid contact due to their mobility. However, with a stamp, the force can act evenly throughout the entire surface of the stamp. Those particles that are adjacent to the surface of the stamp experience immediate pressure, which is then transferred in all directions due to their mobility. Therefore, the pressure is the same at any point within a fluid.

The pressure is defined as the ratio of a force applied perpendicular to a surface and the area of this surface: p = F/A

Pressure and volume of a gas

At constant temperature and in a closed container, the product of pressure and volume of a given amount of gas is constant. 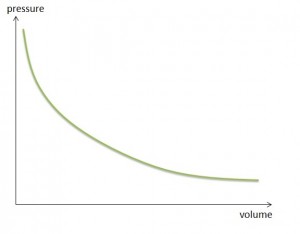 Since a change in pressure affects the volume of a gas, the density of gases must be pressure-dependent as well. At constant temperature, the density of a gas is proportional to the pressure. The behavior of density and pressure are the same.

The following conditions have been defined to simplify the calculation of gases:

For a description of ideal gases, a general equation of state (the ideal gas law) is used. It is defined as the simultaneous change of volume, pressure, and temperature.

In this equation, absolute pressure must be used. The ideal gas law does not apply in conditions of overpressure. Furthermore, it only applies to ideal gases and has only limited validity in regard to real gases and none in regard to vapors. From the ideal gas law, a body’s standard volume can be calculated. Standard volume refers to the volume at standard atmospheric pressure p0 = 1013 mbar and at a temperature of T = 0°C. At these standard conditions (standard temperature and pressure or STP), 1 mole of an ideal gas occupies a volume of V0 = 22.4 L.

If the constant term pV/T is proportional to the mass of the closed system, the associated proportionality factor is referred to as gas constant. The gas constant’s numerical value depends on the type of gas.

The product of universal gas constant with molar mass is called the molar gas constant. It is a universal constant and, thus, non-specific to substances.

The equation of state in relation to the amount of substance:

There is a clearly defined value of internal energy for each state of a system. To understand these changes, we recall the 1st law of thermodynamics:

The supply of heat and mechanical work increases the internal energy of a closed system. The following equation applies:

The work performed in an isentropic relaxation is only dependent on the change in temperature when the amount of gas is given.

Substances can assume the following states of aggregation:

The transition from a solid-state into a liquid state is called melting. The reverse change is called solidification.

Melting of a body occurs at its melting temperature. Melting and solidification temperatures are the same for a particular substance. During melting, the melting temperature remains constant despite the addition of heat. The added heat is used to transfer the substance from solid to liquid. The same applies to solidification: The temperature remains constant despite the release of heat. Only after the entire substance has solidified, further heat dissipation results in the cooling of the solid material.

Process in which a substance changes from a liquid to a gaseous state is called vaporization. The reverse process is called condensation.

Example: When a person is sweating, the sweat evaporates from the surface of the skin. The energy in the form of heat is released. The body gives off excess heat to prevent overheating.

Through evaporation and condensation of water, “pure” water can be produced. This type of liquid treatment is called distillation.

Many substances change directly from the solid to the gaseous state and vice versa, without any formation of a liquid. This phase transition from solid to gas, and vice versa, is called sublimation and is observed in the volatilization of naphthalene or the formation of ice crystals in the air. The liquid state is skipped.

In the case of ideal gases, pressure and volume are inversely proportional to each other. In the case of real gases, this inverse proportionality is only accurate by approximation. When vapors change in volume, the pressure hardly changes at all. This difference between gases and vapors is based on the difference between the temperature and the pressure-dependent boiling point.

The vapor is saturated when the saturation vapor pressure is reached, i.e. when it is in equilibrium with the liquid’s pressure.

Gases are highly unsaturated vapors. Their temperature is far above the boiling point that corresponds to their pressure.

Water vapor in the air

Since water constantly evaporates from the surface of all-natural bodies of water, the air always contains water vapor, which is mostly unsaturated. To become saturated, it must be cooled to a specific temperature, which is called the dew point. In case of cooling below the dew point, so much water vapor is condensed that only the water vapor content corresponding to this temperature remains. The condensed water vapor appears in the form of fog, rain, snow, or frost.

Real gases slightly cool down during a reduced relaxation. 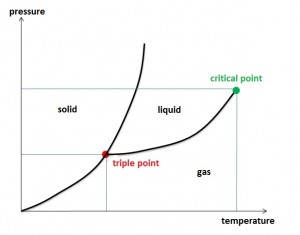 Mixtures of at least 2 different chemical elements that result in a gas are called gas mixtures. They have a homogeneous mixing ratio.

Henry’s law describes the solubility of a gas in a liquid. The gas concentration in the liquid is proportional to the partial pressure of the gas above the liquid.