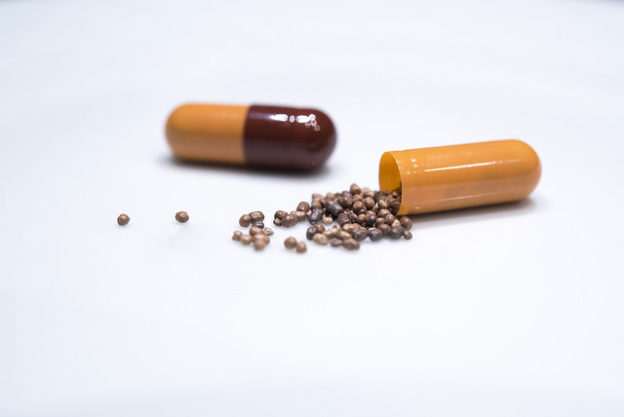 Pharmacokinetics is the movement of a drug through the body’s biological systems, these processes include absorption, distribution, bioavailability, metabolism, and elimination. It can be used to study the onset, duration, and intensity of the effect of a drug. It determines the movement of the drug into, inside and out of the body.

To reach its target tissue, a drug must enter the systemic circulation, this includes being introduced directly into the blood (intravenous or intra-arterial administration), absorbed through the skin, and though the digestive system.

Blood flow, the concentration of the drug at the administered site, its formulation, its physicochemical properties and the route of administration (see the section on bioavailability in Elimination Kinetics notes) are important factors that affect the absorption of the drug. In the case of oral administration, local pH and gastrointestinal contents can affect the absorption. The absorption of solid drug also depends on its disintegration in the solution.

Cell membranes act as a semipermeable membrane that restricts the passage of drug molecules. Cell membranes have a phospholipid bilayer, with the hydrophilic heads of the each of the phospholipid layers facing outwards and the lipophilic ends facing inwards. Embedded throughout the span of this bilayer are glycoproteins; these glycoproteins act as ion channels, receptors, secondary messengers (G-proteins), or enzymes. Some tissues have a slightly modified cell membrane for more specialized functions. For example:

In the capillary endothelium, there are regions where the outer and inner membranes are fused together with no intervening cytosol—called fenestrae—which make the endothelium relatively permeable, especially to the fluid.

In the glomerular endothelium, there are gaps/clefts between cells; this permits larger molecules to filter through.

The blood-brain barrier (BBB) limits the passage of certain molecules (polar drugs) and proteins across the two fluid compartments.

A drug is absorbed from the site of administration (e.g., the gastrointestinal tract) by passive diffusion or active transportation, depending on the physicochemical properties of the drug.

For example, small lipid- or water-soluble drugs can move across the plasma membrane (through the membrane bilayers or aqueous channels/pores, respectively) from areas of high concentration to the low concentration. This is called simple passive diffusion. Some drugs require specialized transmembrane carrier proteins to aid their passage across the cell membrane. This is called facilitated diffusion. This process does not need energy and the drug molecule is not transported against the concentration gradient.

Some drugs need to be actively transported across the cell membrane by a carrier protein, a process that uses energy (usually in the form of ATP) and can be transported against a concentration gradient mostly in specific areas in the small intestine. This is called active transport. This usually occurs for drugs that are structurally similar to endogenous molecules, such as vitamins, sugars, and amino acids.

Drugs of very large sizes mainly protein drugs are transported by engulfment of the drug molecule by the cell membrane, which is transported inside the cell; this process is called endocytosis. This vesicle can either be used in the cell (e.g., iron), pushed across the cell (e.g., vitamin B12), or stored for later use (e.g., neurotransmitters).

All pharmacokinetic processes involve transport of the drug across the cell membrane.

Image: “Diffusion from a microscopic and macroscopic point of view. Initially, there are solute molecules on the left side of a barrier (purple line) and none on the right. The barrier is removed, and the solute diffuses to fill the whole container. Top: A single molecule moves around randomly. Middle: With more molecules, there is a clear trend where the solute fills the container more and more evenly. Bottom: With an enormous number of solute molecules, the randomness is gone: The solute appears to move smoothly and systematically from high-concentration areas to low-concentration areas, following Fick’s laws. ”

As mentioned, the ionization of the drug affects its transportation across the cell membrane. The amount of the ionized form present depends on the environmental pH (of the stomach, for example) and the pKa of the drug.

When the Henderson-Hasselbalch equation is more, the pH difference of drug and cell membrane is high, then trapping of ion occurs. For example, aspirin is a weak acid drug that can cause ulcers as it gets trapped due to high acidity, other drugs that can help in emptying of aspirin from the ileum.

Making urine more alkaline (i.e. by giving intravenous sodium bicarbonate) can increase the excretion of acidic drugs such as aspirin, barbiturates, and methotrexate. Alkalization also increases the ionization of drugs, which results in enhanced solubility of the acidic drug and consequently rapid elimination from the body. Thus, it helps in the treatment of drug overdose.

Important: Normal pH of urine is 6.0, through alkalization; the pH of urine can increase up to 7.5.

Important: Normal pH of urine is 6.0, through acidification; the pH of urine can decrease to 5.0.

After entering the systemic circulating, a drug is distributed and eliminated, often at the same time. The body has a multi-fluid compartment structure, and the drug can be distributed in any or all of those compartments:

Barriers to the distribution of drugs

The apparent volume of distribution (Vd) is defined as the volume of fluid required to contain the amount of the drug present in the body at the same concentration as measured in the plasma.

Note that Vd does not represent an actual volume (it is a theoretical value); it is an indicator of the amount of body fluid that would be required if the drug were distributed equally throughout the body.

See the notes on Biotransformation of Drugs.

See the notes on Elimination Kinetics.

The development of a new drug can take around 10–15 years and can cost billions of dollars. Most of the drugs fail in early clinical trials either due to toxicity or solubility/stability issues. There are several steps in the development of novel drugs.

After the discovery of the drug through rigorous testing, the drug is tested for its physiochemical, pharmacokinetic, and pharmacodynamic properties. These tests aim to find out the beneficial effects of the drug against a number of diseases.

In vivo and in vitro testing to determine dosing and toxicity levels is done in animals.

The adverse effects (ADRs) not detected during clinical trials are reported to the FDA in the post-marketing surveillance phase.

The Drug Development Process via fda.gov

2 thoughts on “Definition and Processes of Pharmacokinetics”