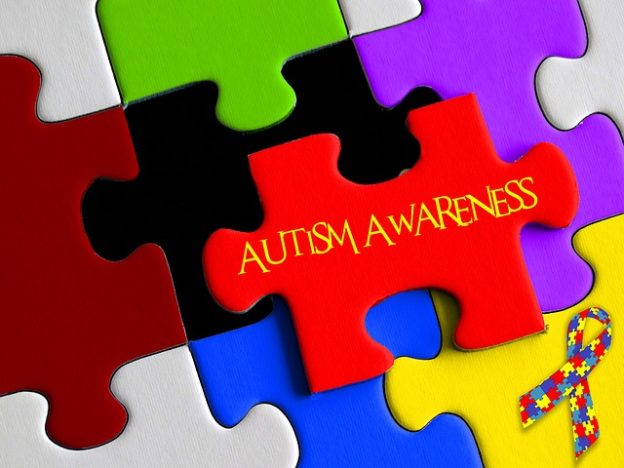 Autistic disorder is the most common specific form of the pervasive developmental disorders. It is characterized by severe impairment in socialization and communication skills. Repetitive behaviors and limited interests in daily life activities are also common.

Patients with impaired socialization who do not meet the diagnostic criteria for neither autism nor Asperger’s disorder are diagnosed with pervasive developmental disorder not otherwise specified. 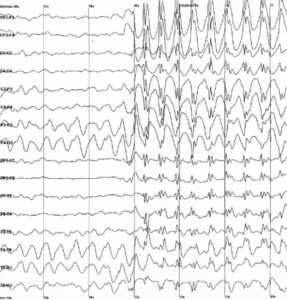 Recently, a lot of research has been focusing on the pathophysiology of autism and its association with other neurologic or psychiatric disorders. Patients with autism or Asperger’s disorder are at an increased risk of developing seizures and epilepsy.

The exact mechanism of the seizures’ development in autism is still unclear, but it has been shown that the same pathways responsible for autistic features, such as the mTOR pathway, are also impaired in specific forms of idiopathic generalized epilepsy.

Additionally, up to 60% of children with autism show epileptiform discharges on their electroencephalogram studies. This correlation between autism and epilepsy opened the door for the evaluation of neuroinflammation and inhibition/excitation imbalance as possible pathologies in autism.

Recent research has provided evidence for an inhibition/excitation imbalance in autistic children in favor of excitation in certain brain regions, such as the temporal lobe or the frontal lobes. These same brain regions are also believed to be responsible for the impaired social interaction and repetitive behaviors in addition to the restricted communication seen in autistic children.

In addition to the clear association with seizures, autistic children also tend to have severe mental retardation. Aggression, tantrums, and self-injury are also common in autistic children.

The prevalence of the autistic disorder in children is around 10–20 cases per 10,000, making it the most common specific type of pervasive developmental disorders.

Asperger’s disorder is quite rare compared to the other types of pervasive developmental disorders and has an estimated prevalence of 1–5 cases per 10,000 children.

Unfortunately, many children with severe social interaction impairment do not meet the criteria for neither autism nor Asperger’s disorder. These children are diagnosed with pervasive developmental disorder not otherwise specified.

This has been explained by the observation that autism and Asperger’s disorder are phenotypic diagnoses rather than pathology-oriented diagnoses. This means that children with autism might have a wide array of genetic mutations and they are very heterogeneous. Because of this limitation, the diagnostic criteria for autism might result in under-estimation.

Pervasive developmental disorders, in general, are more common in boys compared to girls. For instance, the autistic disorder is 4 times more common in boys than it is in girls. The reason behind this gender difference in the prevalence of autism is still unknown.

Children who are suspected to have a pervasive developmental disorder are usually brought to the clinic because of:

The caregivers are always concerned whether their child has autism or if it is a less severe form of pervasive developmental disorders.

To make the diagnosis of a pervasive developmental disorder more accurate and objective, one should use three main sets of tools in his or her evaluation of the child.

The aim of this set of tools is to confirm if the child has some sort of a pervasive developmental disorder, and, if yes, which one.

Measurement of the severity

The second set of tools aim to measure the severity of the pervasive developmental disorder and its impact on the child’s IQ for instance. These tools help in estimating the impact of the disorder on the child’s daily functioning.

The last set of tools are more concerned with what concerns the parents the most. These tools help in the evaluation of the different symptoms of the disorder and help the parents to choose one or two symptoms that concern them the most. Future interventions can be tailored to these two main problems.

An autism behavior checklist is a common tool that has 57 items that target several domains of behavior believed to be relevant to autistic disorder. This checklist is usually filled by a caregiver and not by the physician.

The psychiatric symptom inventories are based on the DSM-IV criteria for the diagnosis of pervasive developmental disorders in addition to other psychiatric diseases in children. They are more specific than autism behavior checklists and usually provide more clinically relevant information for the parent. Again, this tool is usually used by the parents, other caregivers or the teacher at the school.

The structured diagnostic interview for autism is the most specific and sensitive method to diagnose autism in children. The interview includes 92 questions that are asked by the clinical care provider to the parents or the caregivers of the child.
These questions target eight main aspects related to autism:

Asking the parents or caregivers about epilepsy or a history of seizures is very important. Some studies have shown that a history of febrile status epilepticus during infancy might be associated with an increased risk of autistic disorder during childhood.

The vineland adaptive behavior scales, aberrant behavior checklists, and developmental behavior checklist all aim to assess the degree of behavioral impairment. They focus on antisocial behavior, self-absorbed behavior, communication impairment, and anxiety or social interaction impairment. The degree of repetitive behaviors, IQ testing, and language testing can also help in the dimensional assessment of a pervasive developmental disorder in a child.