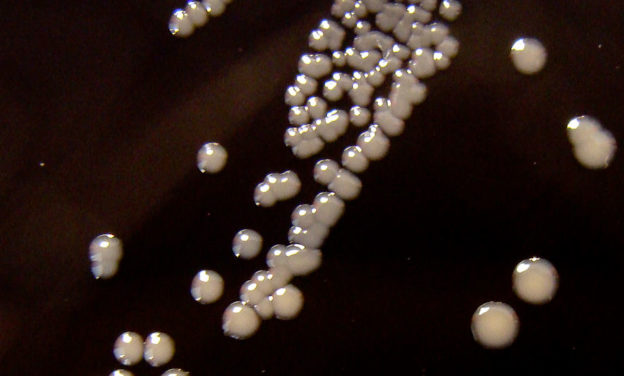 The Centers for Disease Control and Prevention (CDC) define pertussis based on clinical criteria, laboratory criteria, and case probability. The clinical definition of a clinical case of pertussis is a paroxysmal cough that lasts for two weeks or more and associated with vomiting or an inspiratory whoop.

The diagnosis is said to be confirmed if the patient who has this characteristic cough also has a positive polymerase chain reaction test result for Bordetella pertussis or a positive culture for the organism. Probable pertussis is defined as the presentation of a classical picture of whooping paroxysmal cough without laboratory confirmation of the diagnosis.

Pertussis is more common in the developing world with a case fatality rate of 3% in infants in developing countries. Before the 1940s, pertussis was a common disease in the United States with an estimated 200,000 cases per year. After the introduction of the whole-cell pertussis vaccination, the condition was put under control. Pertussis is still reported in the United States with the last estimate of 48,277 new cases in 2012. 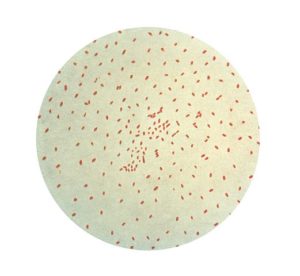 While most cases of pertussis in the United States are reported in children older than 11 years, deaths are more common in young infants. The condition is most common among adolescents.

Pertussis can occur in outbreaks that usually originate from schools and other crowded places with children. Pertussis is common and more severe in infants who haven’t completed their vaccination schedule. Additionally, many cases that present to the clinical practice also report a similar cough in the mother or siblings, hence the condition is considered highly contagious.

Vaccination against pertussis has helped decrease the number of cases per year and the severity of the condition is lower. The current vaccination for pertussis is an acellular vaccine. Pertussis acellular vaccine is usually administered with diphtheria and tetanus toxoids.

Diphtheria-tetanus toxoids and acellular pertussis (DTaP) should be given to all healthy infants at the age of 2, 4 and 6 months. DTaP should also be administered at the age of 15-18 months and once more at the age of 4-6 years.

Adolescents aged between 11 and 18 years should receive tetanus toxoid, reduced diphtheria toxoid and acellular pertussis vaccine (Tdap). Tdap should be repeated again in adulthood. Pregnant women should also receive Tdap in their third trimester. Finally, health-care providers who can transmit the disease or get infected should also receive a booster dose of Tdap.

Pertussis is caused by the bacterium Bordetella pertussis. This organism has a long incubation period, one week up to 10 days. Most patients report having made contact with someone who had a similar cough one to two weeks before, in contrast to viral causes of a cough where contact is usually reported a few days before the onset of symptoms.

Patients who are infected with Bordetella pertussis usually have the onset of the symptoms starting one to two weeks after contact with someone who had the condition. The disease usually has three different clinical stages where the symptoms might be different and the test of choice to confirm the diagnosis is also different.

Patients in the catarrhal stage are usually in the first one to two weeks of their illness. These patients complain of fatigue, runny nose, and a mild cough. Fever might be present in this acute stage of the disease but its absence does not exclude the diagnosis. Perhaps the most important difference in this presentation from that caused by viral upper respiratory tract infections is the longer incubation period for pertussis compared to viral etiologies.

Two weeks up to one month after the onset of pertussis, patients are considered to be in the paroxysmal phase. During this phase, patients develop the more characteristic cough that is persistent for more than two weeks, paroxysmal in nature and associated with a whoop. A cough during this stage is more common during night hours.

Patients can then develop a less severe but persistent cough up to 3 months after the onset of the illness. Once the patient’s symptoms become less severe and have been persistent for more than one month, the patient is considered to be in the convalescent stage.

Patients presenting with the classical clinical picture of pertussis, usually in the paroxysmal stage, should be evaluated for possible pertussis. Confirmation of the diagnosis can be done based on epidemiological questions related to the patient’s age, contact with possible infected individuals in school and vaccination history.

Examining the culture of the organism allows for the isolation and identification of Bordetella pertussis as well as determining the antibiotic sensitivity profile. Culture is a reasonable option in the first two weeks of symptoms onset because the probability of isolating the organism after two weeks decreases significantly. Therefore, a sputum culture is a reasonable option during the catarrhal stage. Unfortunately, most patients present within the paroxysmal stage.

Another advantage of polymerase chain reaction testing is that recent or previous antibiotic use does not affect the result. Even a very few numbers of organisms are usually sufficient to provide a positive result.

Another approach to confirm the diagnosis of pertussis is serology testing. Serology testing is accurate even several weeks after onset of symptoms, hence can be used in patients who present late to the hospital or clinic.

To confirm the diagnosis of pertussis, a paired sera test is indicated. Two tests, that are a little bit apart, are performed and the finding of a two-fold rise in the antibodies titer against pertussis is diagnostic of pertussis. These tests are mainly performed for research or epidemiological purposes but the CDC is trying to implement them in clinical practice. 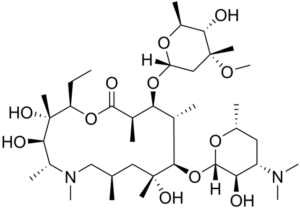 Patients with pertussis have a severe and bothersome cough, therefore, symptomatic treatment in addition to antibiotic therapy is usually indicated.

The antibiotic of choice for pertussis is azithromycin given for three to five days. Most patients present late to the clinic, therefore, treatment usually does not affect the natural history of the disease. Most patients end up going through the three stages of the illness.

Antitussive therapy is not very effective in the treatment of the cough in pertussis and according to a recent Cochrane review, there are no evidence-based therapies for whooping cough in this group of patients. This is very unfortunate because patients usually have a severe cough that can really affect their quality of life.

Whooping cough in 2014 and beyond: an update and review via nih.gov