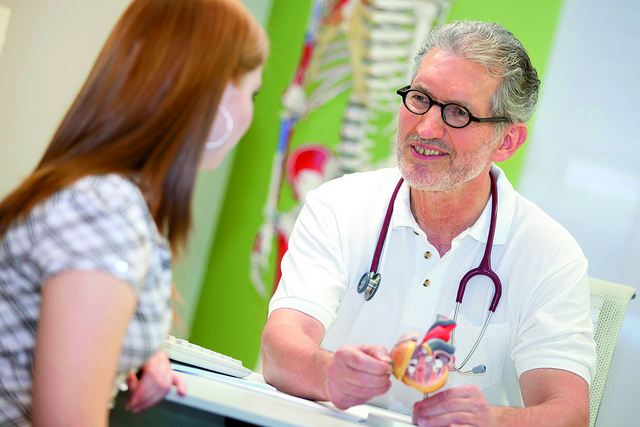 Pelvic inflammatory disease (PID) is a disorder characterized by the inflammation of the upper genital tract due to infections. PID includes endometritis, salpingitis, pyosalpinx, tubo-ovarian abscess, and pelvic peritonitis. Although this condition is common in adolescents, it is preventable. Therefore, studying the nature of PID in this particular age group is important.

Approximately one million new cases of pelvic inflammatory disease are diagnosed every year in the United States alone. Although most cases can be managed medically or surgically, up to 150 women succumb to PID every year. The exact incidence of PID in adolescents is unknown; however, it has been suggested that one in eight adolescent girls will develop the condition. A study reveals that one-fifth of all cases of PID involve adolescents.

The risk of pelvic inflammatory disease in adolescents is higher than that compared to women > 24 years of age. Among older women, only 1 in 80 develop the condition. The most likely explanation for this finding is a higher incidence of sexually transmitted diseases in adolescents compared to that in older women.

Risk factors in adolescents can be attributed to the following factors:

Therefore, it is understandable that the most common risk factor for PID in this age group is a sexually transmitted infection (STI). Additionally, African American adolescents are more likely to develop PID compared to women of other ethnicities. The use of condoms is known to lower the risk of acquiring STIs and PID. The number of sexual partners is positively correlated with the risk of PID.

Additionally, the immaturity of the cervical epithelium is another risk factor for PID in adolescents. Anovulatory cycles, which are also more common in adolescents, have also been linked to an increased risk of PID.

Untreated PID is associated with long-term morbidity. Infertility, chronic pelvic pain, painful intercourse, and dysmenorrhea are the main complications of the disease. Additionally, an increased risk of ectopic pregnancy has been observed in women with recurrent episodes or a history of PID. 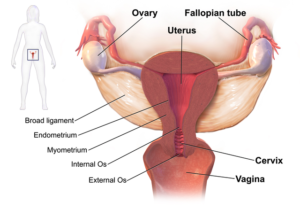 PID is caused due to the ascension of microbes from the vagina or cervix to the upper genital tract. The infection is usually polymicrobial in nature.

The most commonly identified organisms in PID in adolescents are Chlamydia trachomatis, Neisseria gonorrhoeae, mycoplasma, and Mycobacterium tuberculosis. Trichomoniasis has been previously described in PID in adults, but not in adolescents.

Approximately, two-thirds of all cases of PID are due to chlamydia or gonorrhea. The incidence of chlamydial infections in adolescents is 2762 per 100,000 women. It is projected that 10% of this population will develop PID.

The clinical presentation of PID can be vague in adults and adolescents; therefore, an objective diagnostic criterion has been recommended by the CDC. The presence of cervical motion tenderness, uterine tenderness, or adnexal mass tenderness is specific for PID in this age group and warrants further diagnostic workup.

Supporting criteria for the diagnosis of PID in adolescents include the presence of fever, cervical or vaginal mucopurulent discharge, and history of gonorrheal or chlamydial infections.

The main difference between the diagnostic workup for PID in adolescents and adults is the avoidance of invasive procedures in adolescents, whenever possible. Unfortunately, in many cases, laparoscopy is resorted to as the preferred intervention.

The main criteria for the diagnosis of PID are as follows:

In addition to the clinical supporting criteria mentioned, the CDC has also indicated some laboratory-based detection criteria for increasing the specificity of the diagnosis of PID. These include increased white blood cell counts in vaginal secretions, elevated ESR, and elevated CRP levels.

Magnetic resonance imaging (MRI) of the uterus, ovaries, and fallopian tubes can help in the diagnosis of PID. The thickening of the walls of the fallopian tubes is a finding suggestive of infection. The advantage of MRI over laparoscopy is the non-invasiveness of the former. The main drawback of MRI in PID, however, is its inability to provide any therapeutic intervention compared to laparoscopy. Therefore, if the likelihood of PID is high, it might be reasonable to resort to laparoscopy or micro-laparoscopy.

Women presenting with acute abdominal pain may have other etiology of pain, such as appendicitis, cholecystitis, ectopic pregnancy, or a ruptured ovarian cyst, rather than PID. Appropriate history-taking combined with ultrasonography is usually sufficient to exclude differential diagnoses.

Empirical antibiotic treatment of PID in adolescents should be commenced immediately and not be delayed until the diagnosis is confirmed.

The empirical antibiotic treatment of PID includes parenteral levofloxacin, ofloxacin plus metronidazole, or ampicillin plus doxycycline. Intravenous infusion of doxycycline is painful and is best avoided.

Additionally, they should be re-screened for gonorrhea and chlamydia four to six weeks after completion of therapy to confirm the success of the treatment and exclude the possibility of recurrence.

Pregnant patients, those unresponsive to oral antibiotics, and patients with sepsis should be hospitalized to ensure adequate care.