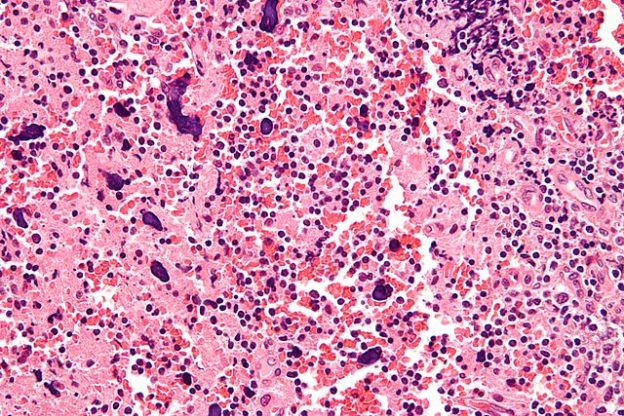 Systemic lupus erythematosus (SLE) in children is a chronic inflammatory disease,  characterized by autoantibodies forming against nuclear and cytoplasmic antigens. SLE is a systemic condition that affects the skin, joints, kidneys, blood cells, and the central nervous system. SLE’s natural history is characterized by a relapsing and remitting course. The diagnosis of SLE is confirmed by a constellation of clinical and laboratory findings, which are part of the American College of Rheumatology (ACR) criteria for SLE.

The estimated incidence of SLE can range between 1 to 10 per 100,000 depending on whether the researcher has included only definite SLE or also probable SLE cases in the definition. Likewise, SLE prevalence can also range from 5.8 to 130 per 100,000, again depending on the criteria used to confirm the diagnosis.

In the United States, the Lupus Foundation of America estimates there are at least 1.5 million cases of SLE. This figure is quite large and most likely includes milder forms of SLE and probable SLE in addition to definite SLE.

SLE is also more common in females with a female to male ratio of 10:1. The estimated prevalence of SLE in African American females was 1 in 537. Asian women also appear to have a higher risk of SLE than white women.

Most SLE cases occur in black women when they reach childbearing age. Hormonal factors and the use of oral contraceptives have been linked to an increased risk of SLE onset and flares. Men with Klinefelter’s syndrome have a higher risk of SLE than men with normal karyotypes. Up to 20% of SLE cases are diagnosed within the first two decades of life.

Finally, it is worth noting that the female to male ratio of SLE onset in people older than 64 years is 1 to 1. This is most likely due to the lack of estrogen in the menopausal woman, which seems to play a critical role in the onset of SLE in women.

Pediatric SLE is an autoimmune disorder that is characterized by chronic inflammation of multiple organs. The exact cause or trigger of SLE is yet to be identified, but genetic predisposition plays a definite role.

Pediatric SLE, like any other autoimmune disorder, is characterized by a complex etiology rather than a single causative pathogen or exposure.

Note: Interaction between genetic predisposition and environmental exposures is believed to lead to autoimmune cellular proliferation and autoantibody production.

Polymorphisms in BANK1, TNFAIP3, FAM167A, and KIAA15442 genes have been linked to SLE also. Congenital deficiencies of complement factors C4 and C2 are also associated with an increased risk of SLE.

The most recognizable exogenous exposures linked to SLE include ultraviolet light exposure, the use of exogenous hormones, pregnancy, and the Epstein-Barr Virus infection. Low birth weight, pre-term birth, exposure to silica dust, cigarette smoking, and hormonal replacement therapy for postmenopausal women are also associated with an increased risk of SLE. Breastfeeding appears to protect infants against SLE. Vitamin D deficiency increases the risk of autoimmune diseases, including SLE.

When a genetically predisposed patient is exposed to one of the possible SLE risk factors, he or she might develop autoimmune cellular proliferation and subsequent autoantibody production. The production of hyperactive B-cells, the activation of T-cells, and an increased ratio of CD4:CD8 T cells are the main pathologic consequences that occur when patients who have a genetic predisposition for Pediatric SLE are exposed to environmental risk factors.

The clinical presentation of pediatric systemic lupus erythematosus is highly variable because of the disease’s systemic nature. SLE can be a mild disease of main skin or joint manifestations or might be a fatal condition.

Pediatric SLE is characterized by malar rash, mucocutaneous ulcer formation, renal injury, proteinuria, fever, and lymphadenopathy. Pallor might be also seen because of hemolytic anemia in this group.

Women of childbearing age who present with fever, joint pain, and rash should be evaluated for probable SLE. SLE symptoms can be classified into constitutional, musculoskeletal, dermatologic, renal, neuropsychiatric, pulmonary, cardiac, hematologic, and gastrointestinal. The following table summarizes the main symptoms of SLE in adults:

SLE has a spectrum of manifestations, so it has to be differentiated from other disease conditions like:

The most recent diagnostic criteria for SLE include clinical, immunological, and hematological criteria.

The probability of SLE increases when more than one of the criteria are met.

Laboratory investigations are essential for confirming the SLE diagnosis because they provide critical information related to the diagnostic criteria.

Note: A hematologic workup of SLE include a complete blood count, looking for leukopenia, lymphopenia, thrombocytopenia, and anemia.

Renal involvement can be confirmed by the presence of proteinuria (more than 0.5 g/day) or a 3+ result on dipstick testing. The presence of red blood cell casts can increase the certainty of the diagnosis.

Treating systemic lupus erythematosus consists of non-steroidal anti-inflammatory drugs, antimalarial therapy, and short-term steroid therapy. If this approach fails to control the symptoms, or if the patient has major organ involvement, high-dose long-term steroid therapy is indicated. Cases that do not respond to steroid therapy might benefit from methotrexate, azathioprine, or belimumab.

Patients with mild SLE, without major organ involvement, should be started on short-term corticosteroids and/or hydroxychloroquine. Non-steroidal, anti-inflammatory drugs are indicated for pain control during acute flares of SLE.

Immunosuppressive agents such as azathioprine, mycophenolate mofetil, and methotrexate should be given to patients with SLE that is refractory to steroid therapy. Management of SLE psychosis or seizures is the same as the management of psychosis or seizures in a non-SLE patient. If anti-psychotics and anti-epileptic drugs do not resolve psychosis and seizures, respectively, consider immunosuppressive therapy.

Newer disease-modifying antirheumatic drugs (DMARD Therapy) have emerged as potential treatments for SLE. Belimumab, a B-lymphocyte inhibitor, was found to reduce SLE activity and decrease the number of flares. Rituximab which causes B-cell depletion might be ineffective in SLE.

Pregnancy is a risk factor for SLE flares; therefore, women should continue taking low-dose aspirin, prednisolone, and hydroxychloroquine during pregnancy. Mycophenolate mofetil, methotrexate, and cyclophosphamide should never be given to a pregnant woman who has SLE.

SLE tends to damage organs. The five-year survival rate for children is 90%. The most common causes of mortality are: